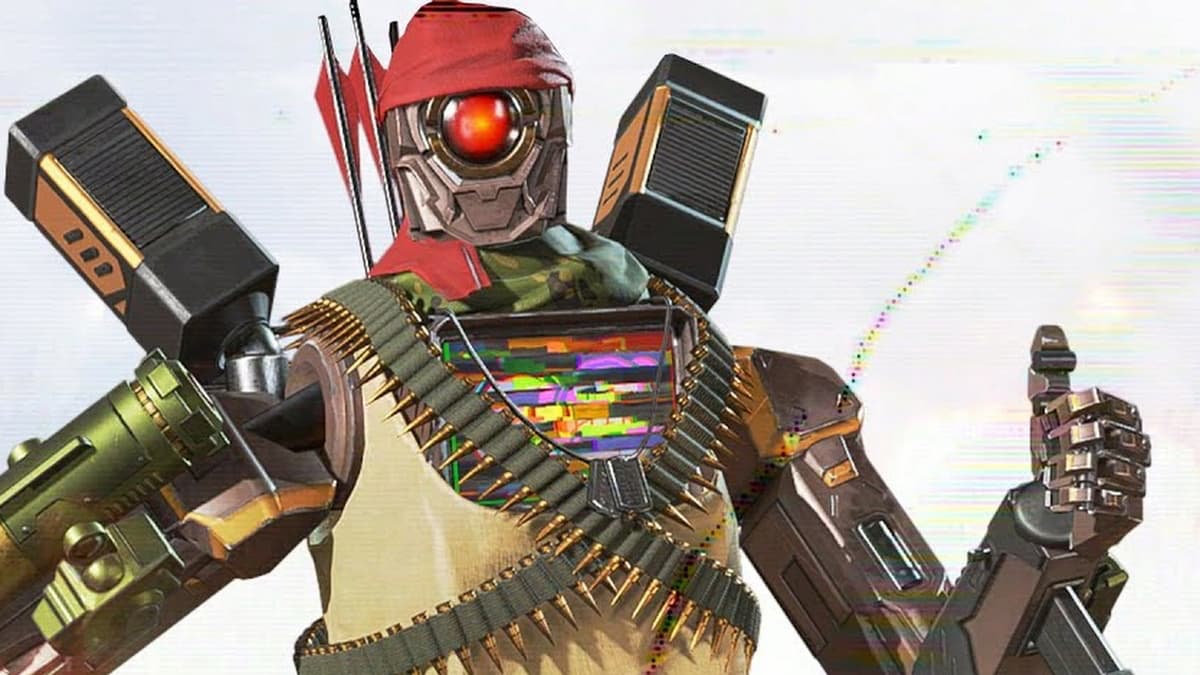 If you’re looking for a character in Apex Legends with the best personality and design, Pathfinder is certainly your bot. He is also one of few Legends that launched alongside the game. That means you can expect to find and collect over 80 Pathfinder skins if you truly want them all. That said, some of his cosmetics are amongst the rarest in the battle royale and are excruciatingly hard to get. Here are the 10 rarest Pathfinder skins currently in Apex Legends, in alphabetical order.

BP-1 is a cosmetic so rare that most players typically forget about its existence. Its design was modeled after Star Wars Jedi: Fallen Order’s lovable BD-1 android, thus was a free giveaway for a limited-time after the game’s release. As Fallen Order launched shortly after Apex Legends did, there aren’t too many players with this white and red crossover skin. As its sequel, Star Wars Jedi: Survivor, has officially been announced for 2023, those who missed out may finally get another chance at obtaining this unique skin soon.

Bot of Gold is the only Pathfinder skin that dresses the Legend entirely in Gold. That said, it is a skin that will require you to have the Legendary Quicksilver skin and 6,500 Legend Tokens to craft it from the in-game store. Though it is hard to pinpoint when you’ll have the opportunity to do so. Bot of Gold has only come to the store twice since its debut in February 2021 and it is unclear if it will make an appearance at anytime this year.

Each season not only brings new maps and weapons, but also exclusive skins in short-lived bundles. This includes Full Metal Robot, a cosmetic that players could only nab when purchasing Apex Legends: Pathfinder Edition for a steep $20 USD. It essentially reimagines the character as Rambo, sporting everything from camouflage, an abundance of ammo, and a red headband. The bundle was primarily available during Season 5, though some online retailers like Amazon somehow still have a short supply of its digital code cards.

Similar to Bot of Gold, the Legendary Green Machine outfit is a craft-able skin that’s store appearances are completely unpredictable. It first came to the battle royale in June 2019 and required crafters to have The Aviator skin and a whopping 10,500 Legend Tokens. Unlike The Aviator, this recolor paints Pathfinder and his back exhausts a gorgeous lime green with hot pink. Green Machine was last up for purchase in November 2021, but it did once go away from the store for more than a year.

The Iced Out skin is proof that Apex’s Battle Passes once delivered cosmetics as great as those in the store. It is a Legendary cosmetic that transforms Pathfinder into a walking icicle and even goes as far substituting its chest piece for an ice cream cone. Unfortunately, Iced Out has only been given to players who reached Tier 25 of the Season 3 Battle Pass. So, although you cannot buy it with Apex Coins, we can only hope a recolored version drops in the near future.

Mechameleon is arguably one of the best skins you can equip to the Legend. Its green and orange paint job gives it the full-blow appearance of a chameleon, and coincidentally blends well with the grassy areas of maps. Despite its upsides, Mechameleon may actually be retired from the store. It arrived exclusively inside of a ALGS Store Sale bundle in May 2021 and has yet to show itself yet again. If it does come around once more, the Legendary skin’s bundle can be bought for 2,500 Apex Coins.

It’s candy cane-esque pattern isn’t that impressive, but the value of the Legendary P.A.T.H. Pathfinder skin will only skyrocket from here on out. The cosmetic was only given to Nintendo Switch players during the first two months of the version’s existence and only asked that players log into the game to earn it. Although it cannot currently be used on any other console, once cross-progression does finally come to the battle royale, you can expect opponents to show off P.A.T.H. much more frequently.

Certainly one of the rarest skins in Apex altogether, SRVN MRVN is known for giving Pathfinder a fancy black suit, red bowtie, and even a golden mustache. The Legendary cosmetic first debuted within the Grand Soiree Arcade Event in Season 3 and has only been made available just three times since. With his appearance in the store being in February 2022, SRVN MRVN may have already booked its next arrival for 2023.

Like most other Legends, Pathfinder also received the Amazon Prime Gaming treatment, as the subscription service lent its members a free Swimming Buddy skin in August 2021 at no cost. It may be a giveaway cosmetic, but that doesn’t mean it bears a throwaway design. The Epic rarity skin gives the Legend white cross symbols on his torso, as the rest of his body is covered in an ocean blue. Sadly, those wanting to purchase any of Prime Gaming’s skins shouldn’t hold their breath, as none have hit the game’s storefront yet.

War Machine’s look is not as threatening as its name suggests, though the skin’s altered chest piece and chalk white armor surely make it worth the buy. The Legendary cosmetic arrived alongside the Iron Crown Event all the way back in Season 2 and has been a headache for potential buyers since. This is because War Machine only comes around just once a year and for an extremely short time each stint. The skin was recently up for grabs in June for 1,800 Apex Coins, so its safe to say it won’t be back until next year.