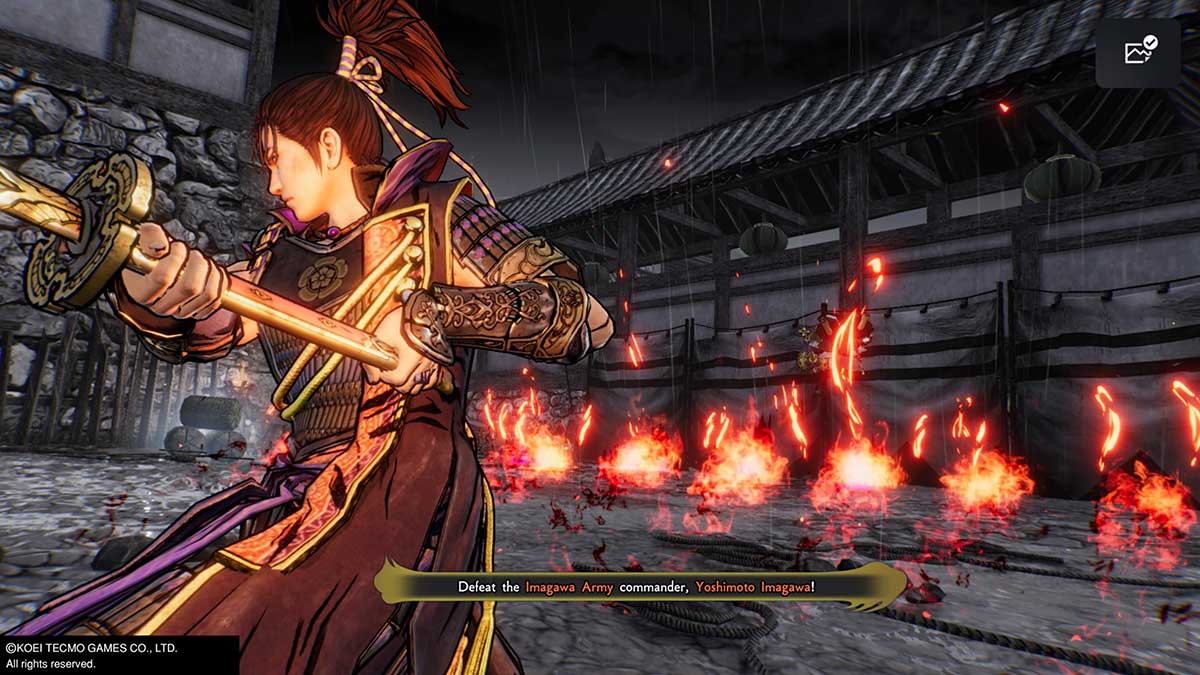 Yoshimoto Imagawa is both the first and second true boss in Samurai Warriors 5. The battles with him are far apart, but when you do face him, you’ll need to use everything you’ve learned to beat him. This article covers a few tips to help you kill him before he kills you during your encounter.

Make the most of your rage

Rage is a fantastic power in Samurai Warriors 5. While active, it buffs your attack, defense, and speed to transform you into an almost unstoppable killing machine. What’s more, it overcharges your Musou Attack, making it a much more special move. However, your rage meter takes a long time to fill. You’ll need to kill hundreds of enemies to fill it, but you don’t have time to do that during your fight with Yoshimoto Imagawa. So instead, save your rage for when you have at least one Musou Attack in the bank. That way, you’ll be able to guarantee you deal the maximum amount of damage during your rage state.

Yoshimoto Imagawa is the first boss you’ll face that has a Health Surplus. All this means is that he can refill his health as many times as he has dots by his health bar. He’ll only have one Health Surplus in normal mode, but this still means that you have to defeat him twice effectively. With this in mind, be restrained in how close you get in battle. This boss has some devastating attacks, and if you leave yourself with almost no health by the time he’s used his Health Surplus, you’ll struggle to beat him again.

Kill him with a Musou Attack

Once you’ve worked your way through Yoshimoto Imagawa’s health bar for the first time, a bonus objective will pop up that requires you to kill him with a Musou Attack. There’s a huge bonus reward for this, so it’s worth trying to complete. We recommend saving your rage for the final half of his health. A rage-empowered Musou Attack will be enough to kill him from there and complete the bonus objective.

Use a mixture of attacks

Yoshimoto Imagawa is a brick wall of a boss. He’ll block most of your basic attacks, so you need to improvise. Never hit him without combining basic and heavy attacks. This will cause your characters to pull out various moves that deal damage in different ways, getting around any blocking the boss does and creating an opening for you to damage him in.

The boss arena has a few health items around it for you to use. Make sure you do so when you need to because this boss is extremely unforgiving. The hits are heavy enough to work away a quarter of your health at a time if you’re stun locked. So heal often, but only when you need to, and keep your health in the green.