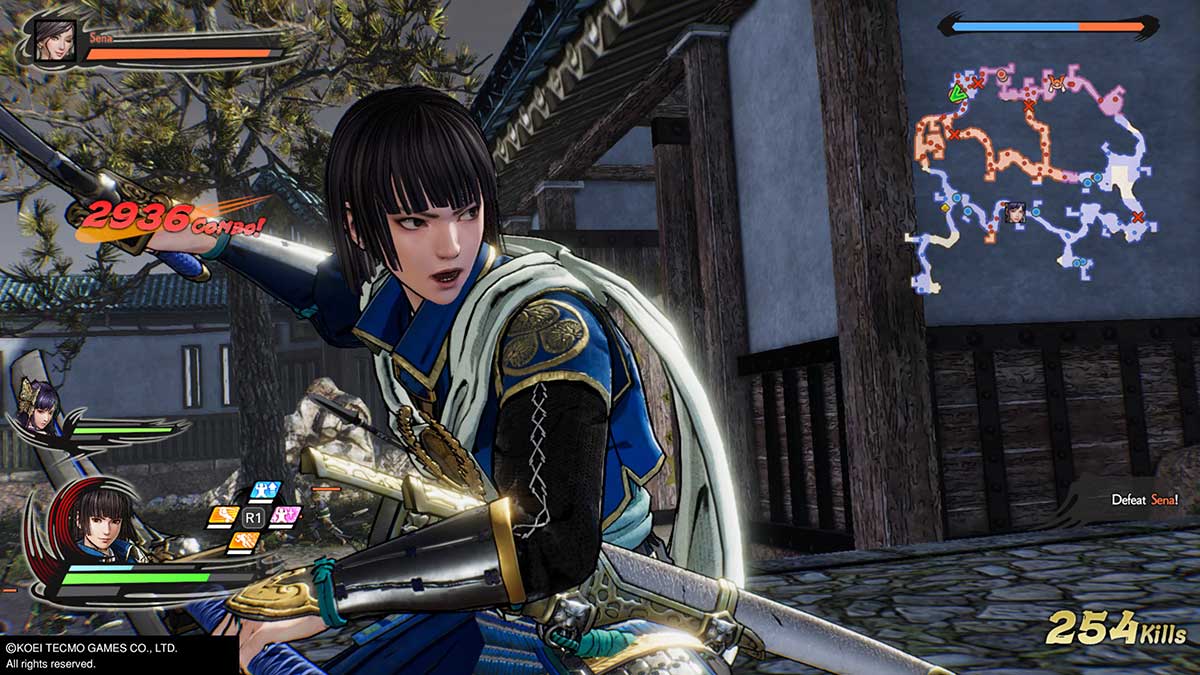 Your combo meter is one of the most prominent pieces of UI on-screen in Samurai Warriors 5. It’ll increase with every hit on an enemy you land, and the higher it goes, the greater the benefits. This article covers a couple of tips that will help you push that combo meter further and further into ridiculous numbers.

Learn how to string hits together across the map

One of the easiest ways to increase your combo meter is to learn how to string hits together. It’s far too tempting to finish off every soldier in a large group, but this isn’t how you want to play if you want higher combos. So instead, push your way through groups of enemies using all of your attacks, but never stop moving forward. This will leave small pockets of enemies behind you. Then, once you’ve killed a boss and need to reach another part of the map, the idea is that you’ll use these groups of enemies to string together hits across a great distance, preventing your combo meter from halting and needing to start again.

While you could push through and try to increase your combo meter as Nobunaga Oda alone, it’s much easier with other characters. Ieyasu Tokugawa, for example, has two blades instead of one. This means that he can land two hits for every one that Nobunaga Oda lands, doubling the base combo score he can reach from the very start of a battle. By trying out different characters, you’ll learn who can reach higher combo numbers and unlock the buffs that come with them faster.

If you arrive in an area and see that your combo meter is just about to fade away, use a Musou Attack, providing you have the energy. Musou Attacks have a much larger range than any other attack, meaning you can hit far away enemies before your combo meter stops. This can save you from losing a particularly high combo meter in a pinch. Just make sure to use it in a large group of enemies, so the damage dealt is worth it.