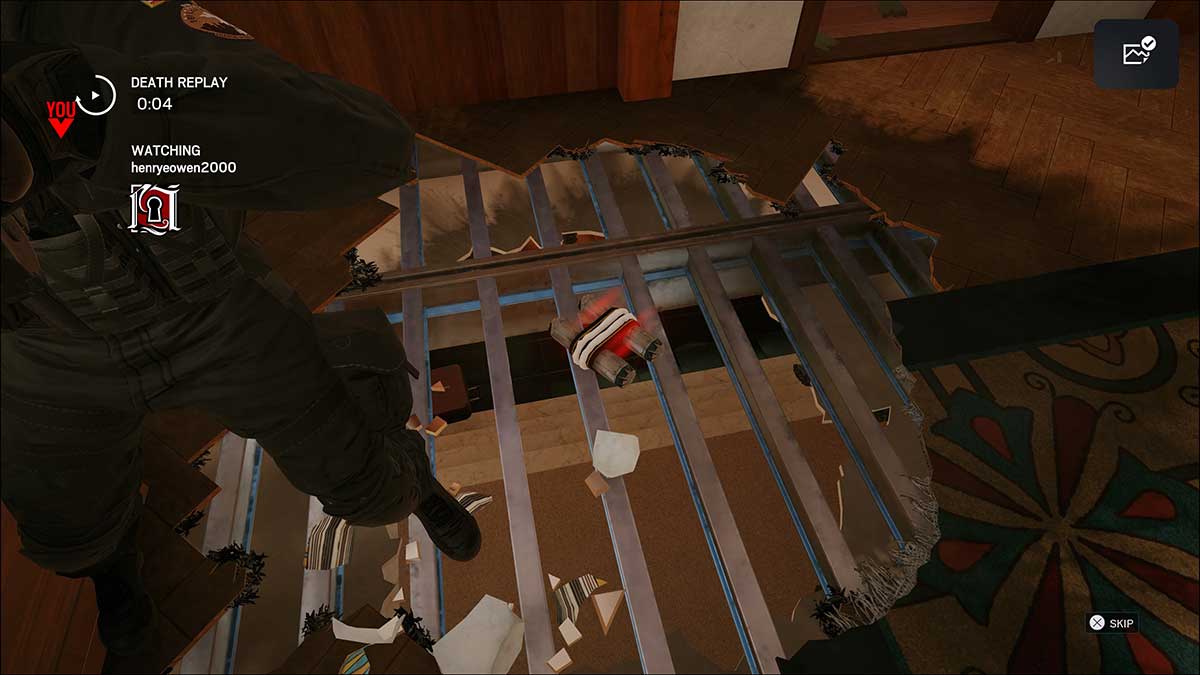 Rainbow Six Siege’s latest Operator, Flores, is unlike any other Attacker that the game has seen. While most Operators have a gadget that pushes players to get stuck into the action, Flores changes up the formula. Here, we’ll give you some tips on how to use this Operator and make the most of his gadget when you pick him from the roster in your next match.

Make the most of the RCE-RATERO

Flores’ gadget, the RCE-RATERO, is basically the drone every Operator already has, but now there’s a bomb strapped to it. As an Operator, Flores doesn’t bring much to the table with speed or firearm lethality, but his gadget is a force to be reckoned with.

Make the most of the RCE-RATERO by dropping the four drones before you head into a building and get into some real combat. The drone can deal some serious damage and provides you with the bonus of being able to stay away from any traps the Defenders have setup.

Not only can this device squeeze under barricades and even laser grids set up by Aruni, but it can also jump into windows. If the bomb you need to disarm is on the second floor, rappel up, break through a barricade in the window, and make the RCE-RATERO leap through the opening before tracking down the Defenders inside and giving them a nasty shock.

Scout with your Drone first

The RCE-RATERO has a flaw in that its movement is perpetual. This means that it will constantly move in the direction that it’s facing, and all you can do is control that direction. This can lead to you missing targets or getting stuck against walls if you’re not familiar with a map’s layout.

Before using the gadget, drop your Drone and scout out the path ahead. It doesn’t matter if that path is underneath a doorway or through a window — the RCE-RATERO can follow. What’s important is that you identify any points in which the Defenders and holding up first. Locating them allows you to send in the RCE-RATERO second and follow the same path. Once you’ve found the Defenders, it’s a simple case of triggering the gadget and waiting for the kill confirmation to come through.

The device is vulnerable whilst moving. Any Defender can shoot it and destroy it. It’s only once you’ve triggered the explosive that its shield prevents any damage. With map knowledge, you’ll be able to avoid a precious RCE-RATERO being destroyed before its explosion can take out another Defender.

The RCE-RATERO is also vulnerable to barbed wire and any electrical traps that Defenders set. If the drone is caught up in barbed wire, it can take so long to get through it that its timer runs out. Add any electricity into the mix, and the drone is basically useless. Finding such traps with a standard Drone will prevent missed opportunities later on and highlight a route you should avoid.

Save at least one gadget for post-plant phases

Once your team has planted the defuser, it’s worth having at least one RCE-RATERO to clear out the Defenders who will come to destroy it. Once again, this allows you to remain away from the action while providing a useful advantage to your team that the Defenders won’t see coming. The enemy team needs to get in close to deal with the defuser, so make the most of that opportunity when it presents itself by saving a gadget for the late game.

There are two timers to consider when using the RCE-RATERO. The first is the ten-second limit you have on movement before it triggers its bomb and explodes. In this time, you need to be able to move that drone from Flores to the target. If you don’t, then the device will explode uselessly. This is why it’s important to send a standard Drone in first, but you should also try to get within a ten-second travel time of any targets before using the RCE-RATERO in the first place.

The second timer is the three seconds it takes for the device to trigger and then explode. You need to be sure that your target won’t be able to get out of the way of the explosion within that time frame. Get the device close enough to catch an enemy in the blast, but always remember that they have a three-second window in which to escape. You need to be fast yet precise with your placement.

We found that once Defenders were dug in, they didn’t budge when the RCE-RATERO came along. The best places to ambush enemies are staircases. Something about the difference in levels and eyeline makes the device incredibly difficult to see. You can also trigger the explosive a few steps down and still ensure that anyone on the staircase is caught in the blast. Explosions and small spaces are not a great combination.

Flores isn’t a fantastic Operator on paper. However, he is quick and can take a Defender down in a second with his AR33. When the time comes to enter a building in search of enemies, do so quickly. Flores goes down fast when he’s shot, and the only real benefit you get from using him is the RCE-RATERO. When you’re forced to head inside and take Defenders down the old-fashioned way, make sure you do it like someone is chasing you. Rush, aim, fire, repeat.

Watch out for the RCE-RATERO on-screen warning

Our final tip for Operation Crimson Heists’ new Operator applies to Defenders. While playing as a Defender, you’ll get an on-screen prompt warning you when an RCE-RATERO is nearby. Most of the time, you won’t be able to react to this warning. When you’re in the middle of an intense firefight and the Attackers are firing at you through a wall, it’s hard to notice any on-screen prompts like this. If you do see it though, you should have a second or so to shoot the device before it’s triggered. If not, you have at least three seconds to run away from it, and hopefully, avoid taking too much damage.