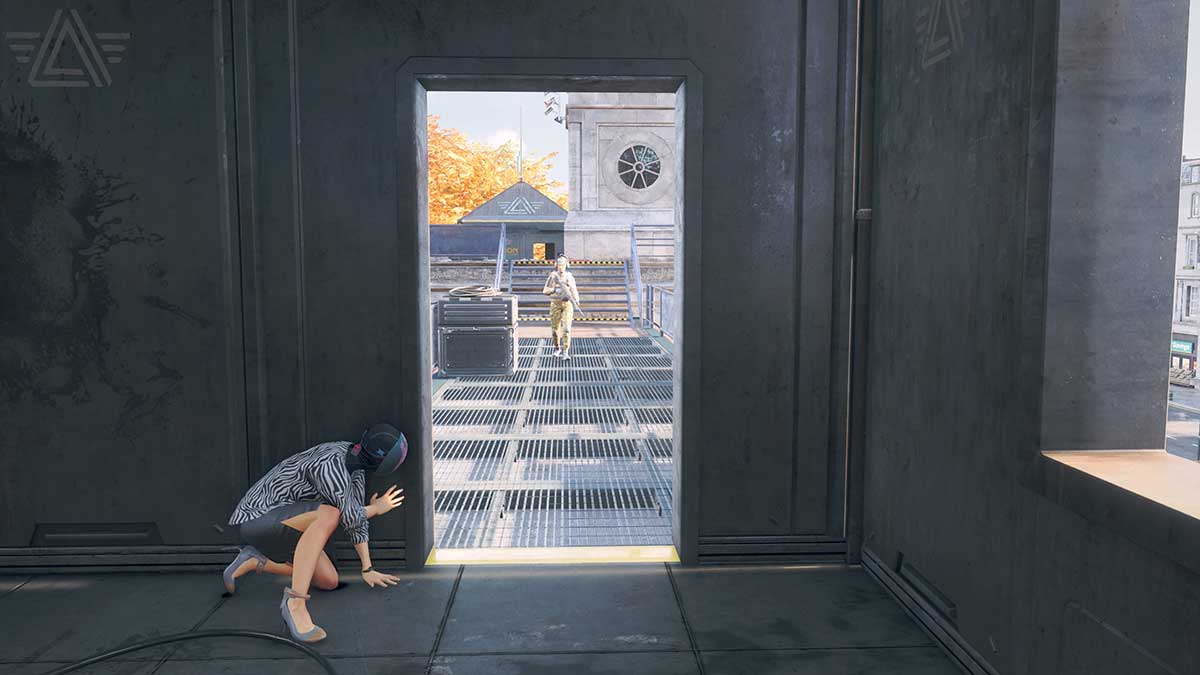 If you’re spotted by a single guard in Royal Mews, the artifact will be locked down, and you’ll need to leave the area and come back later to attempt to steal it once more. You need to be extremely careful, plan out every move you make, and likely make use of all the available traps. Even hacking vehicles to take out guards can alert them to your presence in the area, causing the artifact to be locked down. You need to sneak around and take out all the guards in your way in this location.

Make the most of Darcy

The Assassin Operative Darcy Clarkson is perfect for this mission. She’s got an AR disguise that allows her to sneak past guards and even take them down from new angles. The AR disguise is particularly useful in the open courtyard of Royal Mews, where one guard is patroling, and a drone can spot you from above. This is also where you’ll access the locker with the artifact inside, so you need to be particularly careful in this area.

Go in via the roof

The best path to take to get to the artifact is to head in from the street and take out the first guard. From there, head up to the roof and take out the two guards who might pose a threat here. This leaves the path down to the courtyard open. If you don’t have Darcy Clarkson, try to disable or avoid the drone while making your way down. You should have enough time to get down to the locker without being seen by the guard.

The reward for completing this mission is Evie Frye’s Cane Sword. This is a weapon Assassin’s Creed Syndicate fans will be familiar with. While it’s rusted, damaged, and no longer fit for combat, it’s a lovely easter egg for Assassin’s Creed fans.