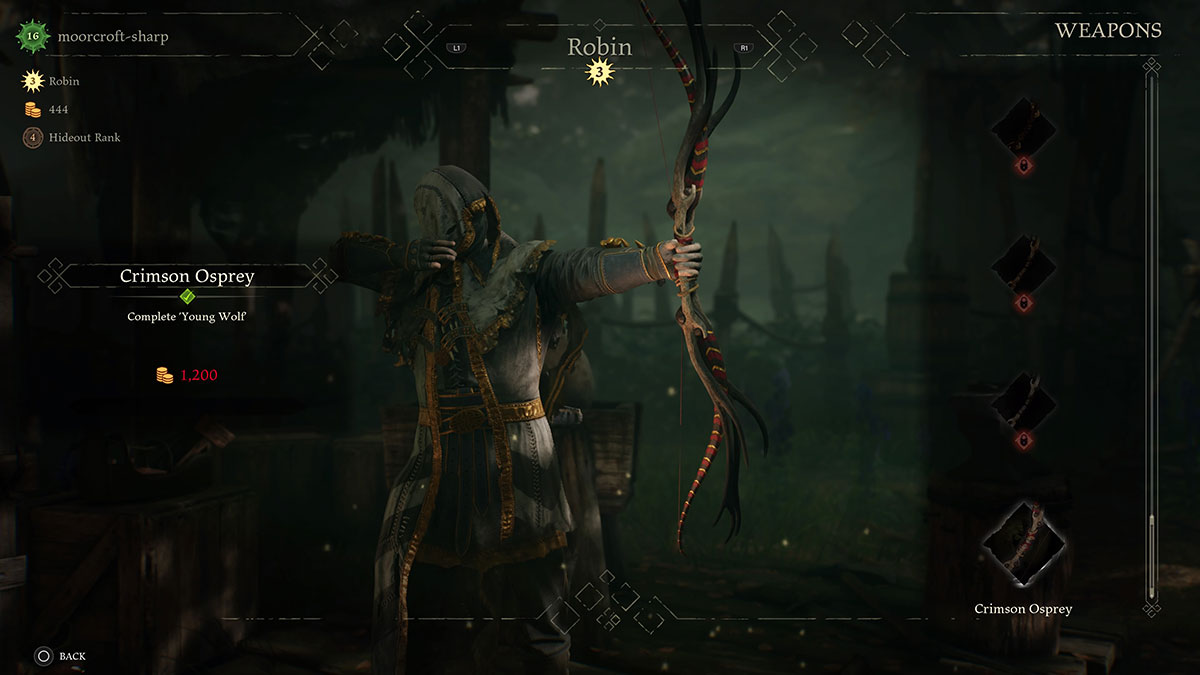 “Young Wolf” is an achievement/trophy in Hood: Outlaws & Legends, but it’s also an in-game mission that you need to complete for a particular bow. While the goal for completing this mission might seem easy, in practice, it can become incredibly frustrating to pull off. This guide offers some tips and tricks for easily completing “Young Wolf” whenever you’re playing as Robin in a match.

How to complete Young Blood in Hood: Outlaws & Legends

To complete “Young Blood,” you need to kill multiple enemy players with a single arrow as Robin in a 4v4 match. It’s not possible to complete this mission in the Training Mode. You have to take out at least two other real-world players. To some, this might sound impossible. After all, a headshot still embeds the arrow in the target’s head. The key here is to use Robin’s explosive arrow ability, which you may only get to use twice in a match.

Your explosive arrow ability will charge over the course of a match. Assassinating and killing enemies helps it charge much faster. Once it’s available, don’t waste it on a shot at a single enemy unless you’re in trouble, and that enemy is the Sheriff. Keep your ability charged and wait for the perfect opportunity to strike.

Look for a fight

You can always see your allies while you’re exploring the map in a match. When you see some of them taking damage, that’s usually a good indicator that the enemy team is attacking them. Head over to them as soon as you see them start to take damage. If you’re lucky, your teammates will manage to tag an enemy before they’re killed to reveal their location as well. When you see battles like this, it’s a great opportunity to complete “Young Wolf.” Players tend to stick together if they’re taking on the other team, meaning you’ll be able to use your explosive shot to kill multiple enemies in a single shot.

Tag an enemy with the explosive arrow

Now you know that the explosive arrow is the best way to complete this mission, make sure that you always hit an enemy with it when you fire. This will allow the enemy player to carry the explosion wherever they go, and that’s usually in the direction of their other teammates. If you hit an object in the world, it’s too easy for your targets to get out of the blast radius. If you strike a player whilst they’re fighting one of your allies, then they’re much more likely to take out one of their own team as the explosion kills them.

Save it for the final moments

The end moments of any match are tense, but you can ramp that tension up another notch with your explosive arrow. If the enemy team is winching out the gold with only one or two slots left to go, it’s the perfect time to fire off your explosive arrow. Hit one of the enemies that are on the Winch. This will stun them, but the other player won’t notice what’s going on until it’s too late. By the time either player can leave the area, the explosion will have killed them both. This tactic relies on teams that play well together, keeping two players on the Winch at all times. Take that dynamic and turn it against them.

Pin them in the Vault

Another location that your enemy is likely to gather in is the Vault. Here, one player needs to unlock the door, another must act as cover, and a third needs to grab the Chest. It’s also the point at which John will generally be out of action. He’s the strongest and best Chest carrier, so he won’t be available to fight you immediately. As soon as you see your enemies open the Vault, sneak up on them. Then, fire your explosive arrow at them as they examine the Chest. The Vault is so small that they won’t escape in time to avoid blowing each other up.

Turn the Sheriff into a trap

The Sheriff can be more useful to you than you might first think. First, he’s the one with the Key at the start of a match. If you find him and see your enemies approaching him, tagging him with the explosive arrow could turn him into a trap that will explode and kill multiple enemy players. Alternatively, wait until the Sheriff approaches the Winch later in the match. He loves getting up close and personal, so make that a weapon you can use. Hit him with your explosive arrow as the enemy tries to down him and watch as they all die to a single shot from your bow.

For completing this mission, you’ll unlock the Crimson Osprey bow in your hideout’s weapon shop, a weapon that looks like it’s been made from the bones of a monster from The Witcher.