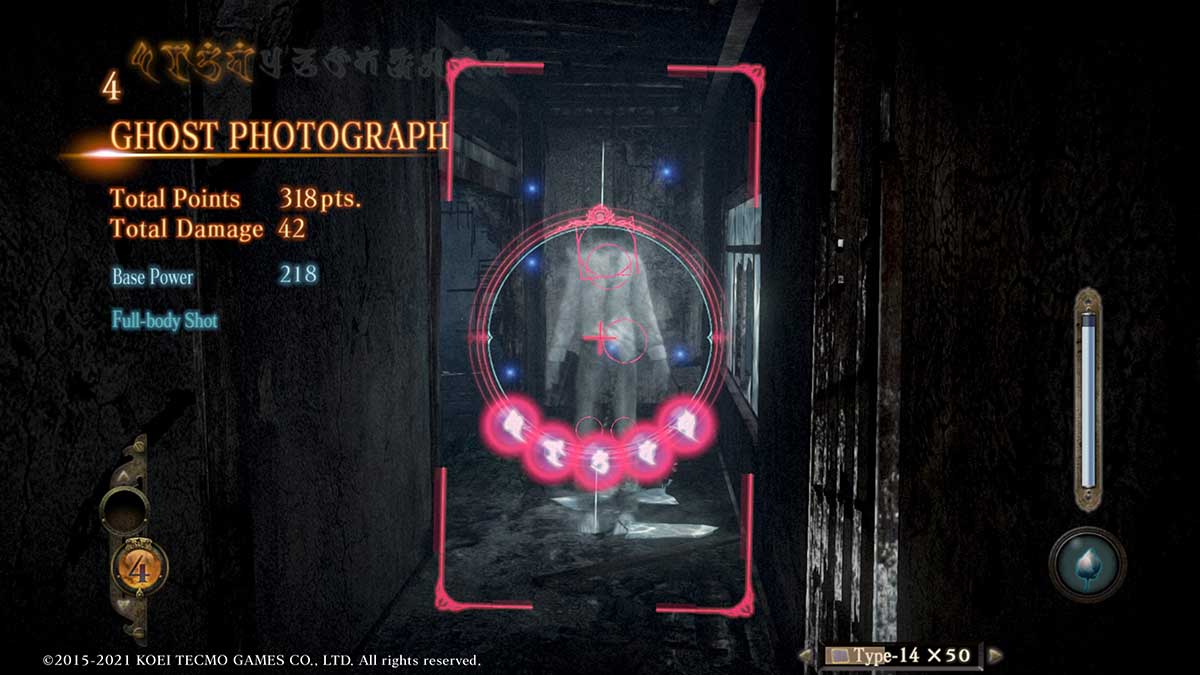 The innkeeper is an unexpectedly difficult boss at the end of Third Drop in Project Zero: Maiden of Black Water. Once you’ve collected the key and have come back up to the third floor, he’ll crash through the window and begin attacking you. This guide offers some helpful tips to defeat this boss and get to the conclusion of this mission.

The protagonist in Third Drop can take Multi-Shots. This means that you’ll snap a target with the Camera Obscura four times in quick succession, causing massive damage to your foe. Try to use these when you only have a couple of targets to work with on the innkeeper. For example, if you use a Multi-Shot when you have five targets, you’ll waste the last three shots because the first one will deal a decent chunk of damage.

The innkeeper has a nasty habit of moving through the third floor walls to avoid your gaze and surprise you. While you can track him with the threat indicator, he’s still very hard to pin down when he’s got five targets for you to photograph. So keep moving around the area and ensure that you’ve got the right angle on your lens to push him back when you need to.

Make sure you dodge every chance you can. Otherwise, this fight will go south fast. The innkeeper will swoop after you and deal a massive chunk of damage if you don’t. You’ll need to balance dodging with taking a photo at the last second since this will open the boss up to a Fatal Frame Shot. That final shot is only possible if your camera is loaded, so dodge when you don’t have the chance.