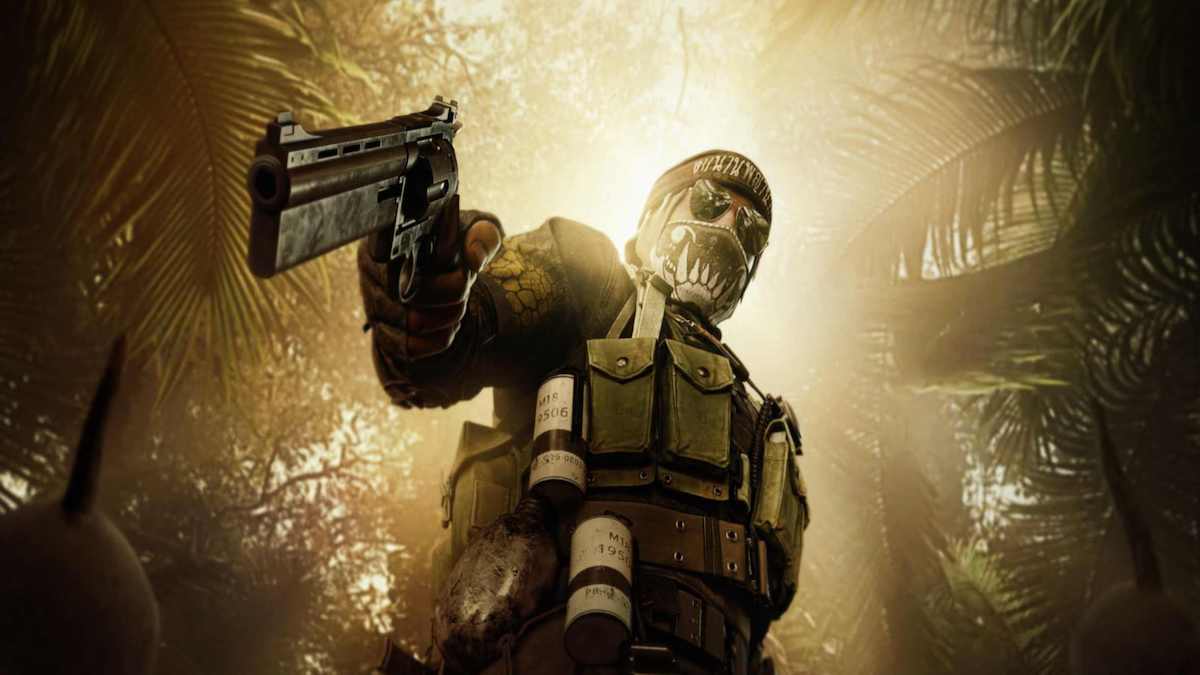 One of the newest additions to Call of Duty: Black Ops Cold War that might have flown under your radar is the new Machete melee weapon. This blade was added to the game as part of the game’s Season 2, which launched last night, and requires a bit of work to unlock.

To have this weapon in your hands, you have to get a Back Stabber medal in 15 different multiplayer matches; this medal requires you to kill an enemy from behind with a melee attack. It doesn’t have to be a full-on execution, but just a normal melee hit.

It’s not too difficult to accomplish, but it can be time-consuming, which is why we have our tips on how you can get this new weapon as fast as possible.

Snipers will usually stay out of the firefight, trying to take others out from a distance. They also are not as mobile as other players, meaning that it is easier to get the backstab on them.

Always look for the snipers, or just the normal campers, and target them for your backstab of the match. You often catch them in their spot, looking at something else.

While it is possible to get these Back Stabber medals on any map, there are obviously the best choices. You want to look for maps that offer enough space to maneuver around without having to worry about being too big to find anyone.

Our top choices for this challenge are Crossroads, Raid, and Satellite, as all of them offer great ways to get behind an enemy and stab them.

Crossroads features a bridge between the two buildings in the center of the map, and each side of the bridge is perfect for camping. We know it feels wrong, but we are here for results, not morals.

Simply hang out in one of the corners on either side of the door leading onto the bridge and wait for an enemy to come running by. Most of the time, they will be going too fast to see you there and give you plenty of time to run behind and get the kill.

We love Raid for its two popular camping spots on either side of the Circle Drive area of the map, where Point B is on Domination and where the first point will be on Hardpoint.

On both sides are two rooms overlooking the area and serve as a popular spot for snipers to post up and cover their teammates. Even when the objective isn’t there, players will often stay there to pick off the traffic that comes through. All you need to do is sneak in behind them and take them out.

Our last choice is Satellite, the game’s wide-open desert map. Any match on this map pretty much guarantees snipers on either side of the dunes, trying to pick off enemies from afar.

Any game mode with an objective, especially Domination or Hardpoint, provides a small but useful advantage in that it will give enemies something to focus on that isn’t you.

With objectives being the game’s focus, that opens it up for you to navigate the map a little more without having to worry about people looking out for you, specifically. In many cases, Point B on Domination will be a heavily-monitored objective, given that it isn’t at either team’s spawn. So always make sure you are playing on an objective-based mode.

Use the right perks

Finding and using the right perks is game-changing and can cause a frustrating experience to become an easy one. Two perks are absolutely necessary to get this challenge done quickly.

Found in the Perk 3 selection, Ninja makes it so that your movement is much quieter than normal. Nothing is more frustrating than to come up on an enemy with their back turned to you, only for them to hear you coming and turn around to take you out.

Ninja reduces that probability significantly. It won’t make you completely silent, though, so still, try to exercise caution.

The second perk, Tracker, is found in the Perk 2 category and causes you to see enemy footprints. It is perfect for finding your target in the match, and it sets you up perfectly for a kill from behind. And when combined with Ninja, you will be able to do it all undetected.

We know, this sounds like a weird bit of advice as Nuketown is one of those maps that you can rack up a lot of kills in and it also has the two upstairs rooms on either side that are popular spots for snipers. It sounds like a perfect fit for beating this challenge.

We thought so too, at first, but found that the map is too chaotic to feel like it was really worth it. Nuketown is smaller, which means that the spawns will constantly flip throughout the match, and that means that you will have to worry about enemies catching you sneaking up on someone. Plus, if you have to get to the other side, then you will always be running into people.

There is just too much going on in Nuketown for it to feel like a good option.

It’s easier said than done, we know, but patience is key with these kinds of challenges. The first thing you have to remember is that you can only get one Back Stabber medal per match, so once you have it, switch to your normal load-out to enjoy the match. There’s no point in stressing yourself out, trying to get more medals when they don’t even count beyond the first one.

Just use the tips we have here, and you will have that Machete in no time.