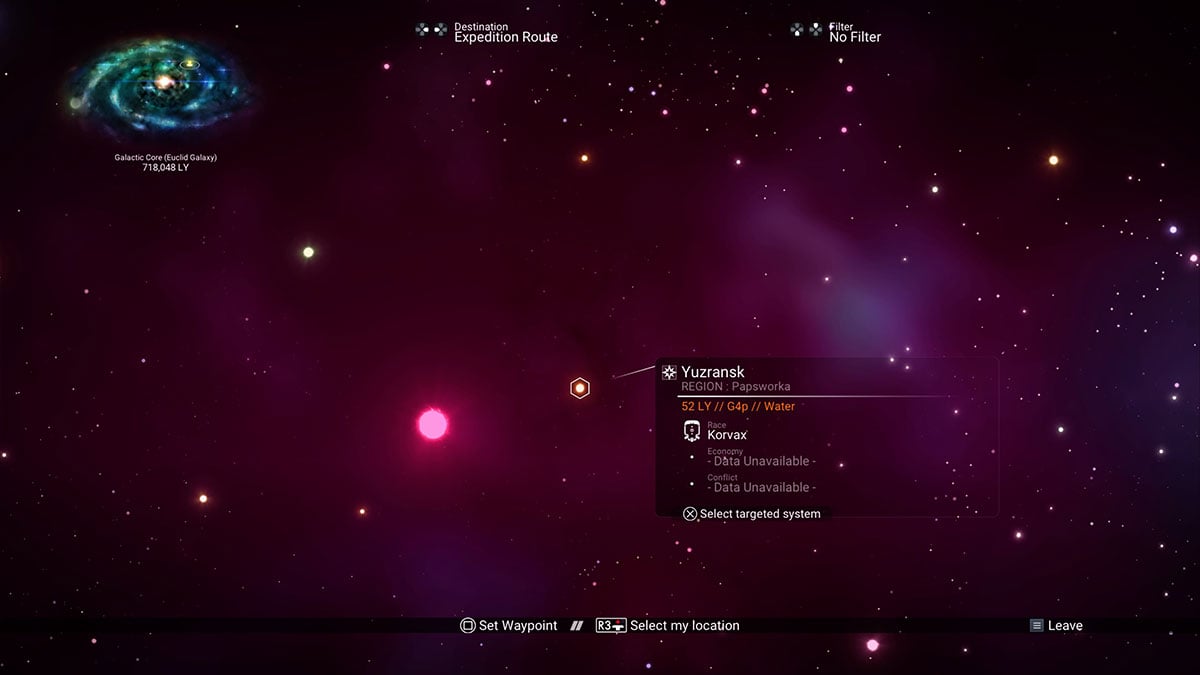 A huge portion of your time in No Man’s Sky will be spent warping from system to system as you try to find more resources, complete quests, and work your way to the center of the galaxy. As you explore, you’ll discover new systems, planets, and moons that have never been seen by another player. At least that’s what should happen. In this guide, we’ll be providing you with a few tips that will help you reach undiscovered systems and why you’ll want to find them throughout your time in No Man’s Sky.

What are undiscovered systems?

Before we get into the tips, let’s define an undiscovered system in this game. Some systems are filled with planets that no player has ever set foot on before, but the system can still be registered as their discovery. When you first warp to a system, you’ll get a discovery screen that will tell you whether or not a system has been discovered. If it has, it will tell you who discovered it on the left-hand side of that screen. If not, it’ll state “first contact,” which means that you are the first player ever to visit that system. These are the systems that our tips will help you find.

Hub Space is a term used to refer to the 11 regions that the Galactic Hub Project occupies in No Man’s Sky. This project is a collection of payers who are actively warping to every system and naming them under strict criteria. Within Hub Space, you’ll find that most systems have been discovered. If you want to find an undiscovered system, you need to travel outside of Hub Space into what is most commonly referred to as the “Hubburbs.” You can check Hub Space regions on the project’s official website.

Head away from any paths

You’re able to see a few paths in the galactic map in No Man’s Sky. You can turn these on and off through the menu settings, and they’ll show you things like the fastest path to the galaxy’s center or a current Expedition path. To find undiscovered systems, you need to warp away from these paths. Travel to the side and even away from your goal because most players won’t be traveling to those areas.

Why should you look for undiscovered systems?

Undiscovered systems will crop up naturally in your time with No Man’s Sky. The main reason to find them is to document them for your community or name them something silly. However, past Expeditions have had milestones that require you to discover several systems in a short amount of time. This is the only real reason that you’d spend a long period of time looking for undiscovered systems, and with these tips in mind, you’ll find them a lot faster.