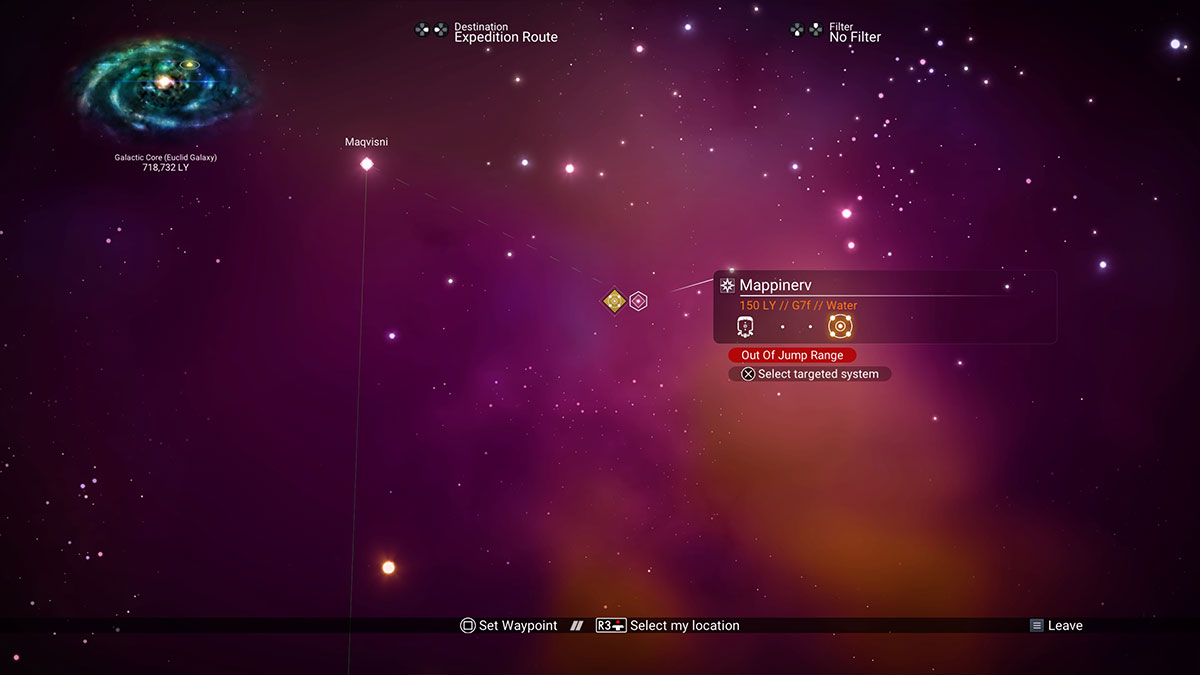 No Man’s Sky second Expedition, Beachhead, is well underway. As with the first Expedition, you’ll have to complete a series of milestones across five separate Phases in this one. Some of these are tasks you’ll have performed countless times in the base game, while others are so rare that you may have forgotten what they are. This guide covers a few tips for Phase One of Beachhead to help get you started and on your way to owning the Normandy SR1 as soon as possible.

As a quick refresher, the milestones for Phase One are as follows.

Within the first hour of our time with this Expedition, we saw dozens of players appear on our world and disappear within a few minutes. The reason for this is simple — you spawn a good ten minutes from your ship. One of the first milestones in Phase One is to reach your starship, but you spawn literal miles away from it. This means that the first chunk of your time is spent running and walking in the same direction. To add insult to injury, you’ll most likely spawn on a desolate planet with little to look at or collect along the way. Persevere, reach your starship, and move onto the next milestones.

Ignore your Moon Rover for now

The first milestone for Phase One tasks you with summoning a Moon Rover. The idea is that it’ll help you close the distance between you and your starship much faster. In reality, it takes a long time to gather the materials to summon, and you can reach your starship in much less time. Run to your starship and collect Ferrite Dust and anything else you see that looks useful along the way. This will mean that you reach your starship with plenty of resources to get you through to the first rendezvous point.

Build your Moon Rover in a later Phase, when you’re building the rest of your base.

This Expedition can be confusing, particularly if you’re relatively new to No Man’s Sky. In the Expedition menu, you can actually pin each milestone to make them easier to understand. Once you’ve pinned one, you’ll be given helpful tips about how to complete them in the bottom right-hand corner of the screen. It might not feel like much, but this makes a huge difference when you’re unsure what you need to do next.

Get to the first rendezvous point as soon as possible

Once you’ve reached your starship, there’s very little point in sticking around on the starting planet. Unless you’re waiting for someone you know to join you, and maybe even if you are, repair that starship and get off-world. Fly directly upwards and get some distance between you and the planet. You can summon your Freighter once you’re far enough away, and then you can warp closer to the rendezvous point. If you’ve picked up enough resources along the way, you can even warp again and head directly there. It’s better to meet any other players at the rendezvous point because it’s a central location that everyone can make their way to as soon as they’re able. Forcing your friends to follow you around a desolate planet isn’t fun, and it will dramatically increase the time until you get that Normandy SR1 as your own.

Check out what other milestones you complete

Even as you head to the first rendezvous point, you’ll complete milestones in later Phases. Keep an eye on the Expedition menu to see what rewards you can claim early. By grabbing these now, you’ll make life easier for yourself in the future. You’ll be able to see what resources you need to gather to help with other milestones and even give yourself an early boost to progress.

The rendezvous point is a lie

Don’t believe what your scanner tells you. The rendezvous point isn’t where you think it is. Once you land on the approximate location, you’ll look around and wonder where it is. We spent half an hour roaming into trading hubs and other players trying to figure this out. Don’t waste your time. Open your scanner and switch to the mode that will show you which direction the rendezvous point is. You can follow this all the way there and complete the milestone. Be warned that you might need to jump back into your ship to close the distance. Otherwise, you’ll be walking ten minutes there and ten minutes back to your ship.

Remain focused on the task at hand

In a game like No Man’s Sky, it’s all too easy to get distracted. You could construct a Communications Beacon for other players, or maybe a helpful Refiner. We stumbled upon a partially erected building with nothing inside right next to our crashed starship. If you want to take your time and do these things, then have at it. However, if you want to complete this Expedition quickly, then you need to stay focused. As soon as you’ve arrived at the first rendezvous point, you’ll be able to warp to the next system in pursuit of the second as part of Phase Two. Don’t spend too long on this planet. Get back into space, summon your Freighter, and get moving.

The only reason you should stop and look around is if you’re trying to complete a specific milestone. In Phase Two, you need to restore a crashed starship and explore a crash site, so there’s a reason to fly around a system and see what you can find. However, you’re just as likely to complete these milestones in the same system as the next rendezvous point.

Watch out for bugs

Unfortunately, you may be plagued by bugs during your time on this Expedition. We don’t mean alien bugs, but game-breaking ones. Twice we crashed to our PS5 home screen whilst completing Phase One, and the game also froze up once for a good two minutes. Finally, we encountered a bug that saw our character fall through our Freighter every time we left our ship. This was caused by another player entering it. The only way to solve it was to move our Freighter and effectively kick them out. Be prepared for this sort of nonsense to happen, but persevere all the same.