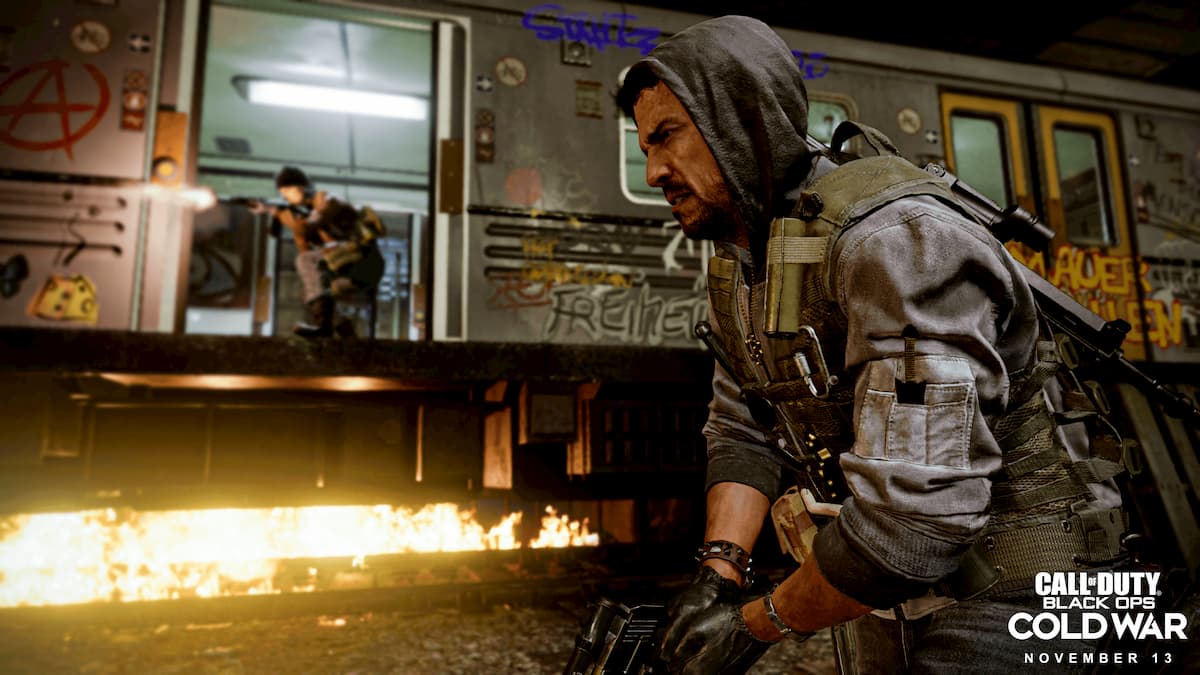 With the first season and the first battle pass for Call of Duty: Black Ops Cold War coming to an end, many players were wondering if the weapons from the battle pass were going to stay in the game or if those who did not get that far would be left out of luck to get their hands on them.

One such gun is the MAC-10 SMG, which has the fastest fire-rate of its class and could only be unlocked previously by reaching its respective battle pass tier. Thankfully, Treyarch has not removed the gun from the game. For anyone who didn’t unlock it during the last season, you still have a chance to get it.

All you have to do is kill 2 or more enemies in rapid succession with an SMG. in 15 different matches. However, it’s easier said than done as the vague use of “rapid” isn’t exactly clear. You may feel like you killed two players back-to-back, and the game might think differently.

So if you’re looking for some tips on how to best tackle this challenge, then we have you covered.

The AK-74u, in our opinion, is the best SMG in the game. It does good damage, has controllable recoil, and when leveled up and kitted out, can be an absolute monster on the battlefield. It’s the best option for taking out enemies quickly. It’s been the king of SMGs for awhile now, and we don’t see that changing anytime soon.

Smaller maps are going to help keep enemies in closer quarters. Larger maps run the risk of having the enemy team be too spread out for you to get these kills fast enough. It’s still possible, so don’t give up on the challenge when playing on a bigger map, but when possible, aim for the smaller ones.

Our top choices are Checkmate, Crossroads, and Nuketown ’87.

Now, we know what you’re thinking: Checkmate has plenty of wide-open areas where you can maybe pick off one or two enemies, but surely not two back-to-back. And yes, a good chunk of the map is open, but the plane in the middle of the map is not and is possibly the most populated area in any match.

Both teams always fall in love with hunkering down on one end and shooting at the other end to wipe out whoever comes up the stairs. This plane is a great place for you to set up and take down everyone who crosses your path. If you can get into the side room with the conference table, then you can get a ton of kills on unsuspecting enemies who are focused on your team at the other end.

Crossroads has a ton of choke-points where players will frequently group up, either intentionally or not. Take the two rooms that flank the bridge in the middle: both rooms are popular places for people to sit and take out anyone on the other side, giving you a great opportunity to take a couple out quickly or even move around behind them while they’re distracted by your teammates.

Plus, both spawns have areas where snipers like to make camp, and you can often find a couple of players hanging out together, ripe for your killing pleasure.

The king of small maps, Nuketown, will present you with a ton of opportunities to find a couple of enemies with each other. Pretty much everywhere on the map is perfect for it, from the gap between vehicles in the center to the downstairs living rooms of each house. You can always find a good chunk of enemies around each other, open for you to snag a couple of quick kills.

Always check on the upstairs rooms where snipers love to sit and shoot at the other house.

Use the Perk Greed Wildcard

The Perk Greed Wildcard allows you to assign an extra perk from each of the three categories. Choosing the right perks will be important as they can give you the edge you’re looking for, and the ones you want are in the same category. This Wildcard will take care of that issue, though.

So now you need to know what those perks are exactly:

This perk will cause any enemy with a Scorestreak to appear as a crosshair on your map, a huge advantage to keep an eye on where enemies are and allow you to hunt them down. It doesn’t guarantee that they’ll be with others, but it still always helps to have an idea of where enemies are.

Assassin is in the Perk 2 category.

The Tracker perk will cause enemy footprints to glow red for you, making an enemy’s movement easy to track. Much like the Assassin perk, this is great for knowing where enemies are and following the footprints will lead you right to your kill. Even better, you will very likely come up behind them to catch them by surprise.

Tracker is in the Perk 2 category.

Using the Ghost perk will help you remain undetectable from Spy Planes, meaning that it will be easier for you to navigate the map without enemies knowing where you are. This helps with sneaking up on an enemy group and taking them out before they even know what’s going on.

Ghost is in the Perk 3 category.

Ninja is a lot like Ghost in that it will help you move around much easier. Ninja causes your sprinting speed to be much quieter than it normal, and it’s enough of a difference that its likely enemies will be too busy to hear you coming up. You can’t forget that SMGs are best at close-range, so you will need to get close to make use of your gun effectively.

Ninja is in the Perk 3 category.

Playing in an objective-focused match will allow you to have a place where enemies will be funneled, for the most part. Sure, you may have your campers who love to stick to the edges of the battlefield, but for the most part, enemies will be focusing on the objective. In modes like Domination, the objective will corral them for you; you have to be ready to take advantage of it.