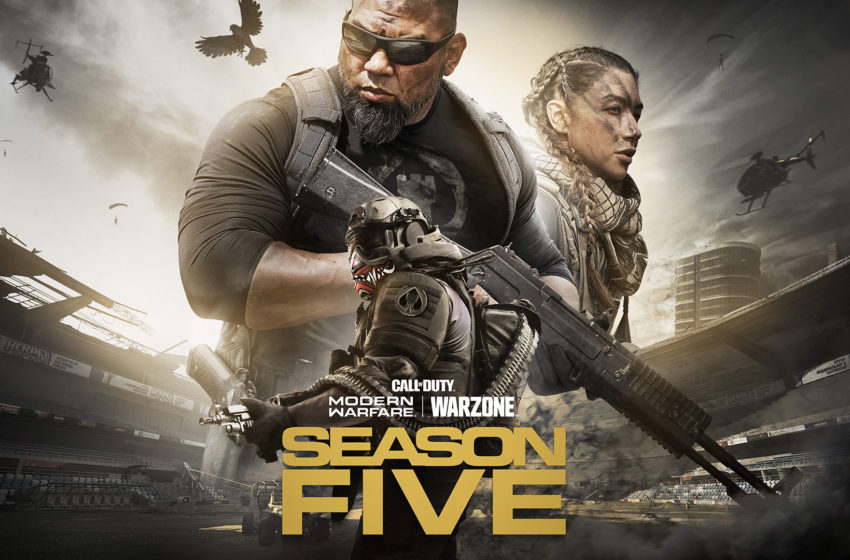 The consensus around the Call of Duty: Modern Warfare and Warzone communities seem that Season Five is easily the most impactful and thrilling since launch. Although there is an overwhelming number of in-game changes, the Battle Pass also appears to be the most promising. It is clogged with diverse, well-design character skins, gorgeous charms, and even new guns. There are 107 unlockables along the way to completing it, but we believe there are 10 clear-cut valuable rewards you need to have.

It may not be the best charm, but it sure is the cutest. The Crow Bro is a rare-ranked charm of a shining black baby bird with large white eyes. It is much larger than it looks, and will make any gun pop on killcams. It can be unlocked for free at Tier 24.

At Tier 65, Battle Pass owners will have access to this ice-white pistol Blueprint. Typically, pistols skins don’t stand out compared to others, but this is one of a kind. The Blueprint comes with an XRK V Extended Barrel, Tac Laser, Cronen LP945 Mini Reflex, the Heavy Duty Trigger, and a 32 Round Mag.

Although classified as rare, the Fiorentino is a detailed Assault Rifle Blueprint that seems like something Uncharted’s Nathan Drake would own. Its design is that of an old-world map, with holographic Kraken tentacles near the top – because why not. Attachments included are the Compensator Muzzle, the FSS Close Quarters Stock, and the Commando Foregrip Underbarrel. It is unlockable at Tier 45.

Players have seen the inclusion of the UAV Watch, but now the Four Winds Watch brings a compass navigator to the game. We can imagine that this item will be convenient in Warzone squad matches and team-based multiplayer modes. It comes free for all who can reach Tier 61.

There are a few major shocks inside this season’s pass, for sure. One we cannot believe is that the Nevermore finishing move can be unlocked at only Tier 20. With the legendary finisher, players can call on a deadly crow to end weakened enemies. Without going into too much detail, the bird is certainly not afraid to steal a body part or two from its target.

Once Battle Pass owners complete all tiers, they will have access to the AN-94’s The Company’s Might Blueprint. Its skin isn’t dazzling, but it features a diamond ammo clip, along with Tracer fire. If players opt out of leveling up the AN-94, this blueprint will prize them with the Compensator Muzzle, a Factory X-438mm Barrel, a Tac Laser, the VLK 3.0x Optic, and the Commando Foregrip Underbarrel.

With the additions of the Fennac and Striker 45, no one expected that the ISO submachine gun would make an appearance. The weapon is a balanced take on the MP7, as the firing rate is quite high, with its accuracy being exceptional. With the right attachments, the ISO can definitely be considered a worthy SMG. The gun can be used for all after reaching Tier 15.

As an instant reward for those who buy the pass, owners will have access to the Lerch Skin, which fans raved over in Season Five’s teaser trailer. Lerch varies wildly from others, as his body’s build is the largest players have seen. We’re unsure how this will affect hitboxes, but it sure is a hot-ticket item.

Almost the exact opposite of Lerch is that of Roze. The skin is a very slim woman dressed in all black. For Warzone players, Roze will undoubtedly be a dynamic threat, as she’ll be tough to spot in many darker locations, such as the woodland areas. She and her color variants can be obtained once the Battle Pass is completed.

At Tier 31, all players will have the AN-94 in their inventory. It certainly looks like the AK-47, but its shooting mechanics are reminiscent of the M13. However, it could be considered stronger, as its hyperburst function allows for a two-round burst on all initial shots. If Season Five convinces you to jump back into Call of Duty, the AN-94 is an excellent AR for both Warzone and traditional multiplayer.