In Trials of Mana, you have six possible party members to choose from, but only three slots in your party. Making the decision of which to bring with you even more difficult, you have to choose your party members at the very beginning of the game and you’ll never get the chance to change them. You’ll get the chance to change your party’s classes as you play through the story, but they’ll still retain the same general role in the party no matter how you develop them.

Trials of Mana shows you each party member’s stats when you’re selecting them, which can help you make a more or less balanced group, but there’s more to consider about each character than stats when picking the perfect party members for you.

Duran is in many ways the classic RPG protagonist. A knight in training and son of a legendary hero, Duran wants nothing more than to become a hero in his own right.

Duran relies on his sword more than on magic no matter which classes you choose for him, but he can learn some spells. Upgrading into Light classes will let Duran learn healing magic and add Light-based damage, while Dark classes focus exclusively on damage, gaining the ability to imbue weapons with all sorts of elemental magic.

Duran is a solid all-around choice that can suit any party, adding some healing spells for parties without dedicated healing or focusing on elemental buffs for high damage potential.

Kevin is next in line as king of the beastmen. His father the king trained him to be strong at a young age, but as a result he has a tougher time when it comes to social situations.

Like Duran, Kevin is a melee attacker who can focus on supplementing his attacks with either healing or damaging magic. Following the Light path will give Kevin healing spells, while following the Dark path will give him the potential for area of effect attacks, damage buffs, and even attacks that steal the enemies’ health. Either way, though, Kevin will be capable of dishing out incredible amounts of damage.

Because he has lower defense than Duran, he can be a bit trickier to play, but also incredibly rewarding. Kevin is an ideal front-line fighter for players who want to focus on doing the most damage possible and don’t mind needing to keep a close eye on his health.

Captain of Laurent’s Amazon guard, Riesz is a capable and serious warrior with the ability to protect her friends. Riesz starts with good damage and an excellent class ability that sucks all nearby enemies into a whirlwind.

Later on, she can specialize into classes that either buff the party or debuff enemies. Taking the Light path will let Riesz cast support magic to protect and strengthen the entire party at once, while Dark path classes will let Riesz cast stat-lowering spells on enemies. Riesz’s third-level classes can also learn costly but ultra-powerful summoning spells for massive damage.

Riesz is another character that can complement any party type, but she’s probably best used for her Light class support magic, since several other classes excel at debuffing.

Related: How to reset stat points in Trials of Mana

The granddaughter of the revered Priest of Light, Charlotte is part elf, which makes her look like a child. Charlotte is Trials of Mana’s dedicated healer, getting the best recovery spells in the game and complementing them with ones that remove debuffs from allies, weaken enemies, and boost the party’s strength.

That being said, don’t feel like you need to take her just because she’s the game’s only full healer. Her low damage potential means she’s not as helpful as some other classes, and there are plenty of damage-dealing characters that can also learn support and healing magic, which can make her redundant.

The ignored daughter of the True Queen of Altena, Angela is put on the run when an evil force begins to take control of her kingdom. Angela is the best offensive spell caster in Trials of Mana without question.

Though her physical attacks don’t do much damage, she does have abilities that cause them to inflict debuffs, which makes her useful even when she’s out of mana. Both the Light and Dark paths focus on dealing damage, but her Dark path classes are where the best abilities are. At high levels, Angela will either focus on unbelievable area-of-effect damage with spells of every elemental or casting powerful status effects to not only weaken enemies but also take them out of the battle completely by freezing or outright destroying them.

Angela also has the distinction of being the best ranged character in the game, able to attack enemies even when they’re too far away for the rest of the party to reach.

Loyal to his friends and his adoptive father Flamekhan, Hawkeye is a clever rogue from the desert kingdom of Nevarl.

Hawkeye is an excellent damage dealer who uses quick attacks rather than hard-hitting blows. Hawkeye has a decent balance between support magic and debuffing spells in his higher-level classes, and he also has a variety of ranged and area of effect attacks.

His versatility makes Hawkeye useful to fill in the gaps in in any party, but it can also make his skills redundant if you don’t plan around what other characters you use. 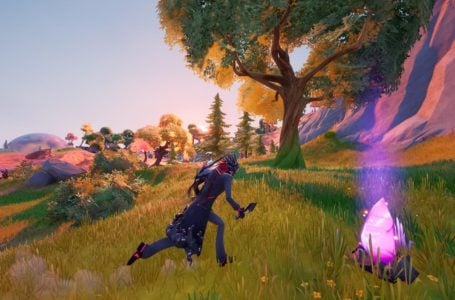