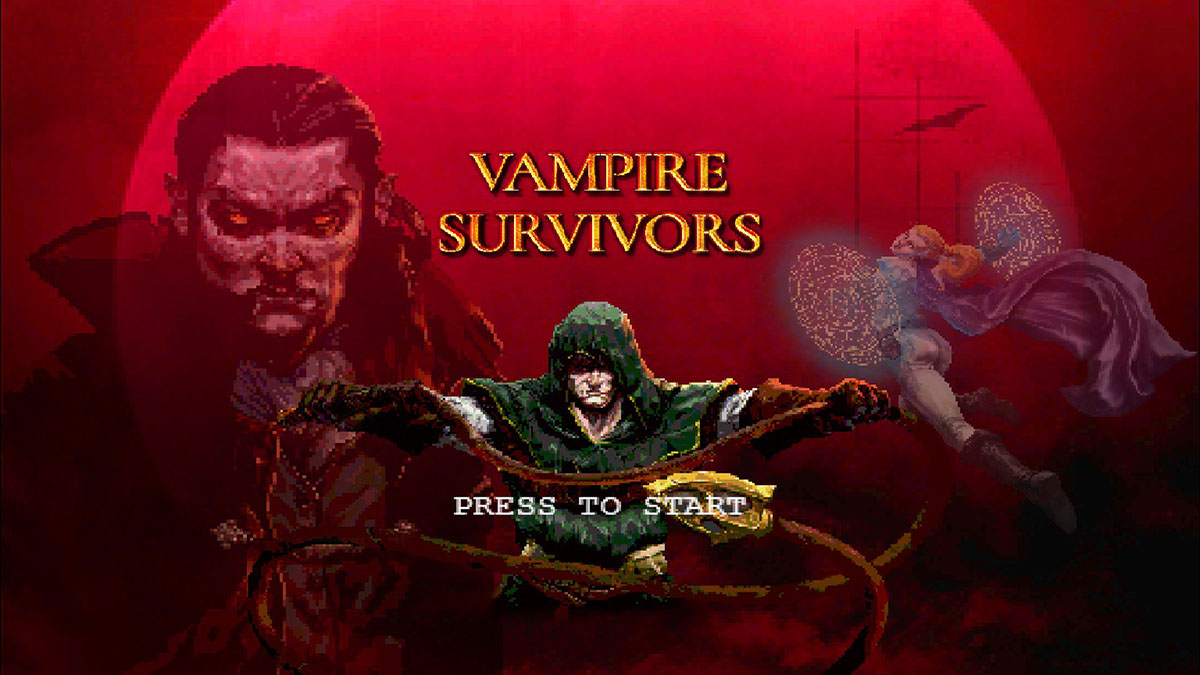 The indie roguelike title Vampire Survivors has picked up steam, pitting tens of thousands of players against the never-ending forces of night in a frantic scramble to live long enough. Death comes for us all in the end, but there are a few tricks you should note to keep your hero alive just a little bit longer for that next unlock.

Garlic can be a controversial subject within Vampire Survivors, with some noting its struggles with burning down bosses, and others finding it forces close-range combat. We don’t have those qualms: players should unlock garlic on the third or fourth run, depending on how well the RNG is favoring them, and it should quickly become the go-to item to ensure rapid elimination of mobs while keeping your hero safe.

Garlic forces enemies back and damages them: this creates a type of barrier between the hero and the hordes of undead clawing at the hero’s face. The fifth unlockable hero, Poe Ratcho, even specializes in the garlic AoE. Ramping up the garlic item to level 3 via item drops and level-ups allows the player to run through most hordes of enemies and simply shred them, making for a blisteringly quick start to many runs.

If this is the first roguelike you’ve experienced, expect to die thousands of times. That’s how progression happens within Vampire Survivors, allowing users to go back to the menu and purchase power-ups. By accepting this, players can have a cooler head when walls of undead are closing around them. Panicking while being swarmed results in a fast death.

Move cautiously through mobs, and kite enemies around while you’re waiting for walls of enemies to start showing gaps that you can squeeze through. If you have a shield that offers a few milliseconds of invulnerability on contact, wait until it procs and then dash through the thinnest part of the line. However, be cautious of pushing enemies — the shield drops quickly, and pushing an enemy can often mean a quick end.

The first instinct that many players may have is to move away from swarms of enemies. This is counter-productive: players need to pick up gems to level, making them stronger to deal with the latter stages.

Instead, move in circles that vary in radius depending on the size of the mob that you’re kiting. Be cognizant of where enemies are dying from your auto-attacks, and slowly kite the mobs away from that area to swoop through the middle. Keep the enemies as tightly grouped as possible, add incoming enemies to the center mob, and continue to whittle them down while moving.

Bear in mind that some maps offer different movement styles: the first map, Mad Forest, offers an unending sprawl on all sides, giving the player unparalleled movement. However, this freedom of movement is paid for by enemies coming from all four sides. On the other hand, Inlaid Library only offers freedom of movement to the left and right. Move accordingly.

While death comes often in Vampire Survivors, with it comes the ability to spend coins to upgrade your heroes or even unlock new heroes entirely. After hundreds of death, you’ll notice that you’ve slowly upgraded your heroes to the point that you’re pushing far deeper into levels than previously thought possible.

With every death, you come closer to ending the undead horde for good.