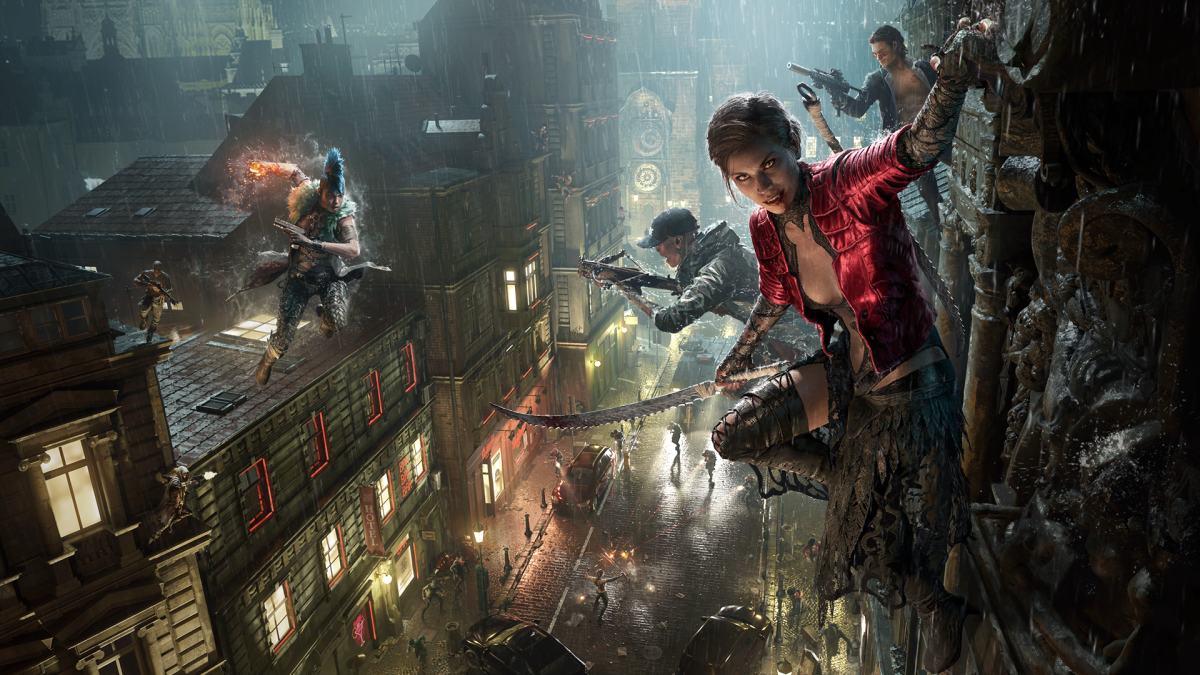 Vampire: The Masquerade Bloodhunt does a good job with its Archetypes system, giving each character a number of powerful abilities that a regular hero-shooter or battle royale would have spread across multiple separate classes. In effect, players get to experience the full vampire fantasy in a functioning package that doesn’t detract from the game’s gunplay and other mechanics. While all Archetypes in Bloodhunt can win matches, there are some that stand a cut above the rest and would be your best choice in most situations.

Before we start, we should outline each of the three clans’ abilities, which are shared among Bloodhunt Archetypes belonging to the same clan. Brujah vampires can use their clan ability to make a giant arching leap. This ability covers roughly as much ground as the other clans’ abilities, but it’s the least subtle and flexible. Conversely, Nosferatu Archetype players can use their ability to move just as fast, except they also go invisible for two seconds. If they use their clan ability right as they slide off a rooftop, they can easily jump onto a distant building in the same fashion a Brujah would. Toreador vampires have the most flexible clan ability. They can cast a projection of themselves to a distant spot, and then teleport to it at will. More experienced Bloodhunt players sometimes use the initial cast as a decoy, as their opponents are likely to instinctively turn in the direction of the projection, expecting a teleport.

The Siren is arguably the single best Bloodhunt Archetype for players who like to invest considerable time into a single character to learn it inside and out. Both the clan and Archetype abilities have a high skill ceiling and can turn fights in your favor in an instant, with the latter being one of the mercifully rare instances of crowd-control abilities in Bloodhunt. The Siren’s passive ability is also fantastic for keeping a low profile, healing on the run, or farming Resonant Blood stacks safely.

The Saboteur playstyle goes against the entire design of Bloodhunt’s combat, but it can be fun and incredibly powerful if you fully lean into it. That means almost always playing close to the ground, luring players into your mines, and using noise traps to set up ambushes. It also means rushing ahead of the red gas to pre-trap chokepoints in the zone, and then spending long periods of time crouch-walking and lurking; if you have the patience for it, it totally pays off. Saboteurs are the most annoying Bloodhunt Archetype to play against, but that does not concern you. You’re just here to feed on other players’ blood (and tears).

The Brujah Vandal is not only one of the best Archetypes in Bloodhunt, it’s also the easiest one to pick up and play. The active ability is incredibly powerful as it robs your opponents of the extreme mobility normally given to all Bloodhunt players. The damage resistance is an incredibly powerful passive, too. The only drawback of playing Vandal is that, much like playing Saboteur, you must commit to a fixed playstyle: rushing in and fighting in melee range any chance you get. Ideally, you should start every game by raiding an Antique store, and then securing three stacks of Choleric Resonant Blood to max out your melee damage.

While the Vandal is the best Bloodhunt Archetype for close-quarters fights, the Brute does better in mid and long-range, while also holding its own up close. Out of the two Brujah Archetypes in the game, the Brute is the more technical, and less safe one overall. While Shockwave is very powerful, players can easily play around it; ironically, a Vandal can use their Slam ability to go through a Shockwave, demonstrating their superiority in close range. In terms of passive abilities, the Brute’s healing only works when opponents give you a chance to retreat and heal up, making it something you shouldn’t rely on.

The Prowler is the tracker Archetype in Bloodhunt, and it is arguably the best class for players who like to keep their enemies revealed. However, their abilities are optimized to achieve something that most players can already do through the game’s core mechanics. Bloodhunt’s minimap and compass passively reveal players who make any type of noise or disturb citizens On top of that, the sonar ability can be used by all players to find sources of gunfire within a massive area around the player; this ability is on a four-second cooldown, meaning it’s practically always up. The Prowler Archetype gets gradually less relevant as you learn the map and get used to chasing players down.

The Muse is another Bloodhunt Archetype that is made redundant by the game’s core mechanics. There are simply too many ways for Bloodhunt players to heal themselves without the use of abilities, making a dedicated healer class somewhat pointless. On top of that, her healing ability is channeled (and loud), making her something of a liability in both solos and squads play.