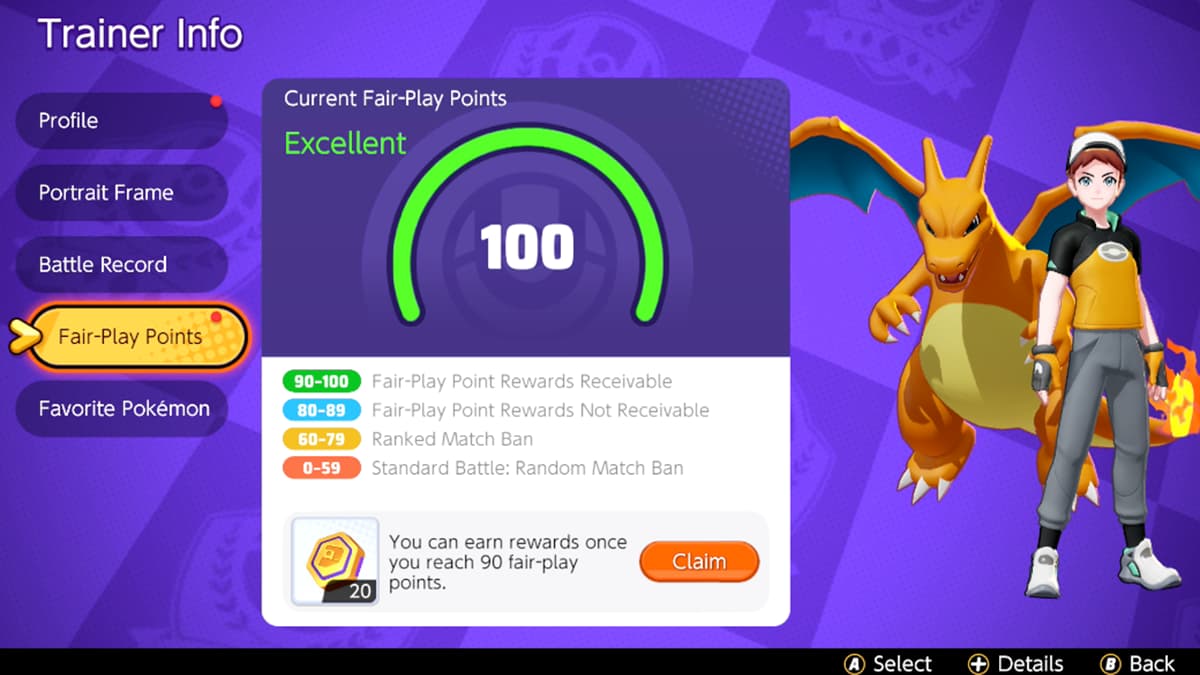 With so many video games going online-only, some parameters need to be set to ensure that everyone is having a good time. If people can repeatedly ruin games for other players, that harms the online community and pushes people away. Pokémon Unite fights this by using its Fair-Play Point system. Here is how it works and how you can get more Fair-Play Points.

Fair-Play Points in Pokémon Unite are essentially a barometer of how consistently you complete matches that you start a queue for. You start at the maximum 100 but can bottom out at 0 if you leave games early or if your Pokémon idles in games in progress for too long. If you abandon a game, you lose one point. As for idling, the short term will lose you two points, an extended absence will be five, and a really long time (termed “malicious” by the game) will take eight.

There are four different tiers to the Fair Play Points system. They are:

If you are continuously losing Fair-Play Points, you will be banned from the two main game modes in the game if it is bad enough. If you lose this many points, you can retrieve them, but it will take a while.

To gain Fair-Play points, you will need to play through full matches without idling at all. Ranked and Standard matches will reward two points per complete match, where CPU matches will give one. However, there is only a maximum of five possible points that can be earned in a day, so if you let your Fair-Play Points get too low, you will be stuck in CPU matches for quite a while.