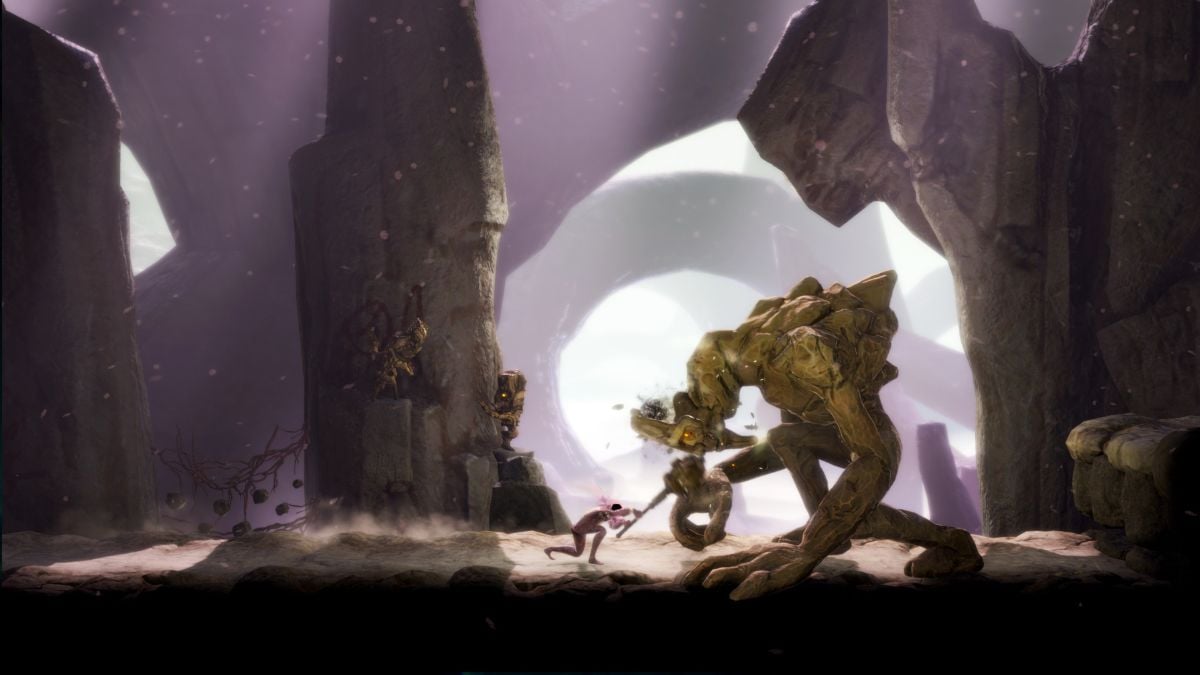 Hunt points can turn the tides of battle in Grime, as they can provide beneficial traits to your character. They will open up new passives that will heighten your powers in this dark and disturbing world. Have your wits about though, as they can only be obtained by fighting stronger enemies.

Hunt points are used to progress your character forward as you gain abilities from fallen foes. To get hunt points, you need to take out more challenging boss-like foes that are far stronger than the common enemy. Figure out a strategy on how to beat them and retrieve your well-earned hunt points.

Once you have these points, interact with the weeping cavity, an object that can be found at pivotal areas of the level and acts as a checkpoint. It’s a rock that you see when you regenerate from your deaths. Once you enter the menu, you’ll see the Acquire Traits option on the bottom of the screen.

If it’s empty, you’ll need to fight more foes. Absorb their attacks a certain amount of times to unlock new traits. From there, you can decide to purchase their abilities. One example of a trait is from the Crawler. Once unlocked, it will give you the ability to walk slowly with a tilt of the left analog stick. Others provide stat boosts like being able to restore 25% of your force (stamina) after absorbing or repelling an enemy. They’ll often be able to be upgraded for further boosts to your stats.