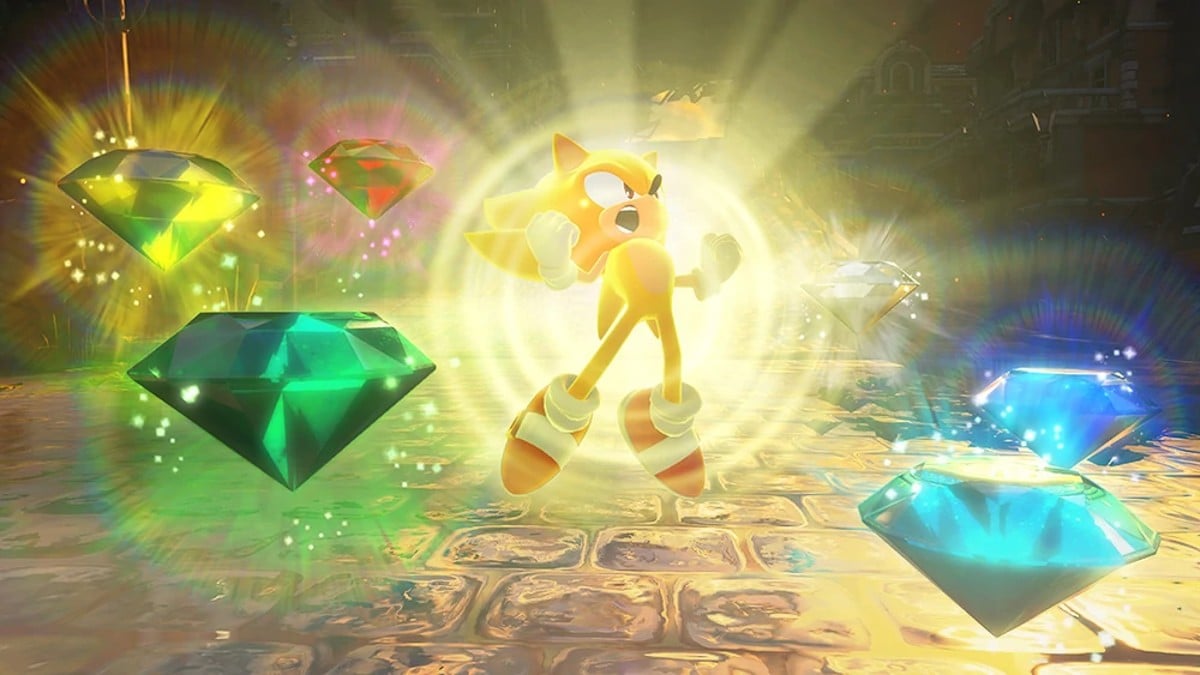 Marilyn Monroe once sang, “Diamonds are a girl’s best friend.” That may be the case for Rouge the Bat, but for Sonic the Hedgehog — and occasionally his same-species peers Shadow and Silver — they’re essential for him to save the world.

Throughout most of the Sonic the Hedgehog franchise, the Chaos Emeralds have been used as both bonus items and a plot device for Sonic and his friends to find in various places they visit. In recent games, however, the jewels were nowhere to be found.

Now the Chaos Emeralds are making a comeback in Sonic Frontiers as they’re scattered all over Starfall Islands for the Blue Blur to hunt down in conjunction to finding his friends. In preparation for the highly-anticipated Sonic title, let’s refresh our memories on the magic behind these powerful gems.

Related: How to unlock Super Sonic in Sonic Colors Ultimate

What are the Chaos Emeralds in the Sonic the Hedgehog series?

The Chaos Emeralds are seven ancient gems and mystic relics that are tied to the Master Emerald and can be used for a variety of things, such as super transformations, powering machines, and warping time and space — hence Chaos Control. Anyone who combines all of them together will be granted the ability to control unlimited power — enough to conquer the world or even the universe.

The energy that the Chaos Emeralds generate is influenced by people’s thoughts, which they can transform into the power to create miracles and achieve impossible feats, such as reviving deceased loved ones, performing rituals, and unearth structures, as Jet the Hawk did to raise Babylon Garden from Sand Ruins in conjunction with the cubical key in Sonic Riders. However, their energies are shaped by either positive thoughts or negative thoughts. Positive thoughts such as friendship, caring, and love, create positive energies, while negative ones like anger and hatred, create negative energies. If the emeralds don’t have any of those energies, they will lose their power and luster, not to mention their color.

Living beings who harness the power of the Chaos Emeralds will be bestowed with different chaos powers. For Sonic, that’s transforming into a Super State (thus, Super Sonic), granting him the power of flight and invincibility as well as enhancing speed among other talents. He can also transfer his powers to other people and grant them Super States of their own, as demonstrated in Sonic Heroes when Tails and Knuckles accompany Sonic to defeat Neo Metal Sonic in glowing shields. Despite the Chaos Emeralds being the source of unlimited energy, Sonic cannot stay in Super for a long time, which is why players have to increase their Ring count before he turns back to normal when it reaches zero.

When in the wrong hands, the Chaos Emeralds can be used to power up machines that can destroy a planet. Dr. Eggman demonstrated this in Sonic Adventure 2 when he powered the Eclipse Cannon attached to the Space Colony ARK to blow up half the moon with just five emeralds. With all seven of them, the Space Colony ARK turned into a doomsday bomb by absorbing the emeralds into the Eclipse Cannon’s core. It then deorbited itself to collide with Earth as Professor Gerald Robotnik programmed it to do to avenge Maria’s death at the hands of G.U.N. 50 years prior to the events of the game.

The Chaos Emeralds have a tendency to scatter themselves all over the world — and sometimes to multiple worlds — after Sonic uses them, making him and his friends find them all over again. The emeralds being a plot device instead of bonus items that are difficult to obtain is the primary reason why this happens.