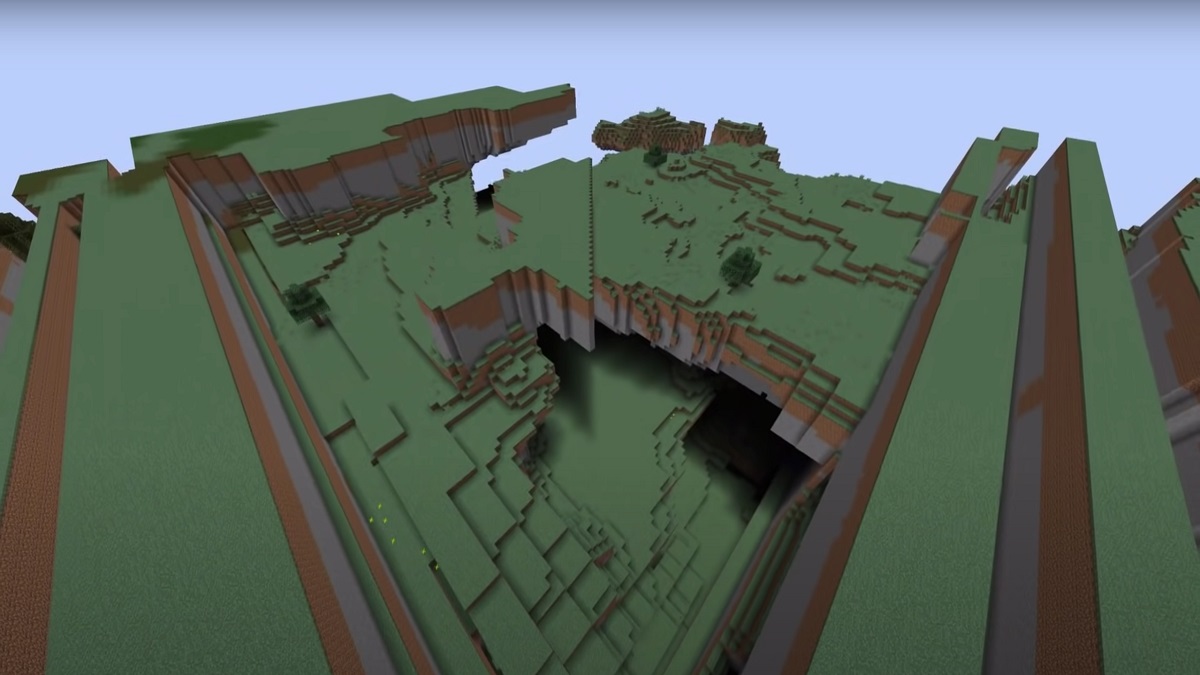 Minecraft is arguably the most popular sandbox game out there. The game, released back in 2011, boasts a massive player base and is one of the highest-selling games of all time. Through the years, Minecraft has seen several bugs and glitches that have heavily impacted the gameplay and left a legacy in some cases. Far Lands is one such bug that has become popular to the point where it has been cited in other games like Minecraft: Story Mode and Super Smash Bros. Ultimate.

Far Lands is a Minecraft bug that occurs due to uneven working of the noise generators, which is responsible for developing a terrain’s shape. As a result of the bug, players can get a spongy wall of congested landscapes 12,550,821 blocks away from the main Minecraft world.

The Far Lands are home to a diverse collection of terrain-creation bugs. The effects differ based on which noise generator breaks and the player’s position on each axis.

In vanilla Minecraft, a player known as KilloCrazyMan managed to reach the Far Lands, commencing the voyage in September 2019 and arriving nine months later in June 2020. For this incredible achievement, Minecraft creator Markus Alexej Persson, also known as Notch, awarded KilloCrazyMan with $10,000.