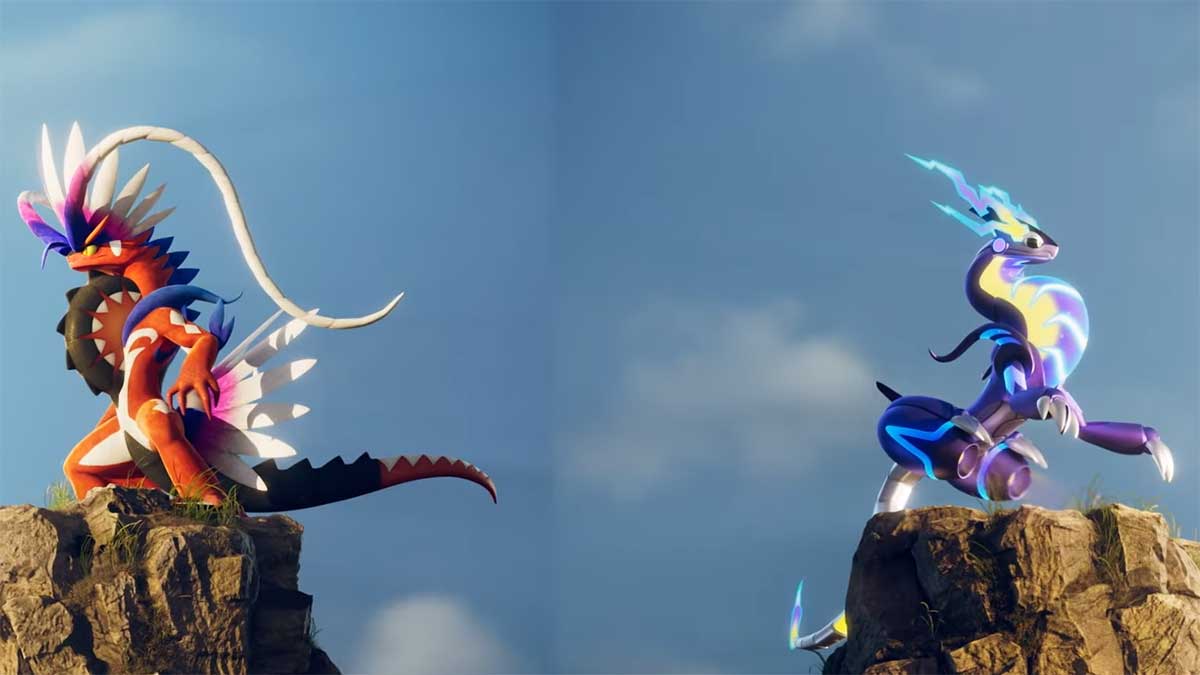 Every generation of the Pokémon series has come with its own set of legendaries. While these may not be the most powerful Pokémon in the game, they’re certainly among the rarest and most sought after. They also don the covers of the games, taunting players with their often incredible designs. This guide explains what the legendary Pokémon in Pokémon Scarlet and Violet are, so you know which one to pick first.

There are two legendary Pokémon in Pokémon Scarlet and Violet: Koraidon and Miraidon, one per game version. Each one is unique and exclusive to its version, so you can only have both by trading with a friend. We’ve outlined each legendary Pokémon below, along with some details of what you can expect to see in their types and movesets. This information is based on fact, not leaks from within the community.

Koraidon is the legendary Pokémon for Pokémon Scarlet. It’s serpentine in appearance but has legs and looks much more like a dinosaur than Pokémon Violet’s counterpart. At the time of writing, it’s difficult to say what its moveset could be or what type category it will fall into. While it looks like a dragon, it could be an entirely new type, and combine other new elements from the game.

Given that it’s primarily red, it would make sense if it could use fire-type moves. A rough translation of the word “korai” in Japanese links to history and ancient times. This could indicate that Koraidon is an ancient legendary that’s been around a long time — hence its dinosaur-like appearance.

Miraidon is the legendary Pokémon for Pokémon Violet and is much more snake-like in appearance. Its long body is instead kept afloat by two rockets, and overall it looks far more futuristic than Koraidon. This marries up with the word “Mirai,” which roughly translates to themes of the future in Japanese. Miraidon could also be a dragon-type Pokémon.

With its almost robotic appearance, there’s a good chance that it’s a synthetic Pokémon similar to Porygon. In terms of movesets, it would make sense if Miraidon had electric-type moves because of the lightning bolt shapes around its eyes, but that could be combined with normal-type moves.

What do Koraidon and Miraidon represent?

Koraidon and Miraidon may represent the beginning and end of time. If this is accurate, then the story of Pokémon Scarlet and Violet might explore the past and future of the Pokémon world in a way we’ve never seen before. The designs of the new professors also reflect this theory. Additionally, the story could involve a sinister force trying to capture or destroy the legendary Pokémon, threatening time as we know it.