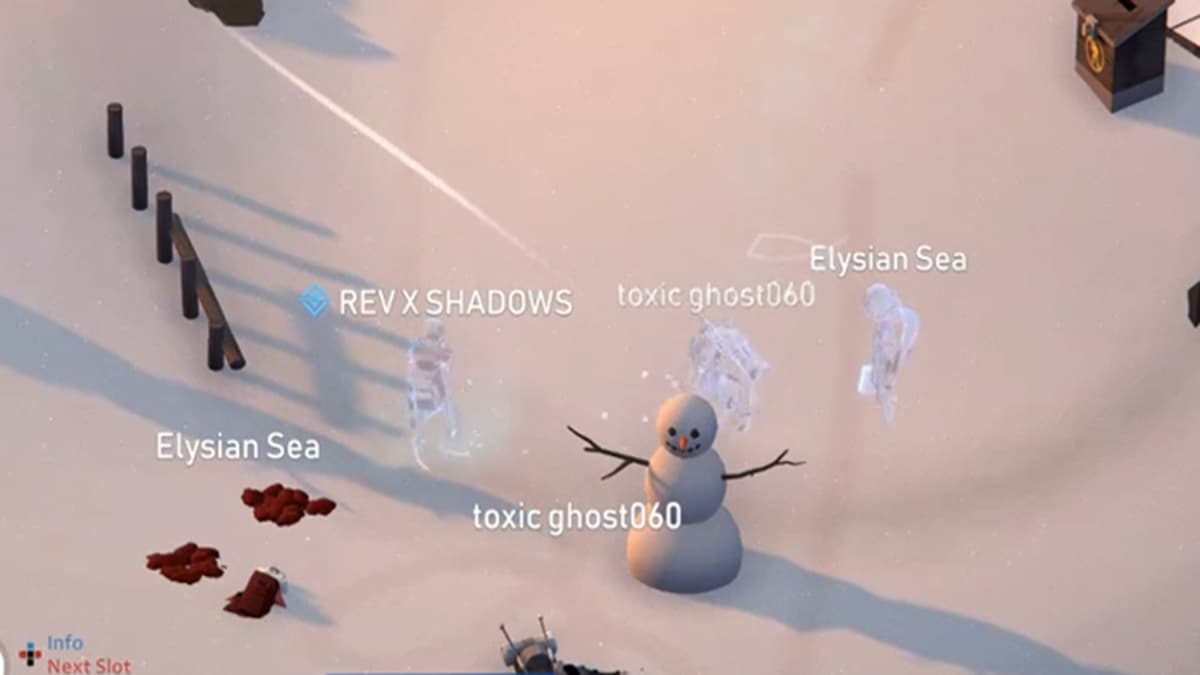 Project Winter is as much a survival game as it is a game focused on social commentary. While anyone in the game can turn on you, there are equally deadly threats away from other players. Starvation, freezing, and the local wildlife at some point will come back and bite you as many times as someone with an ax will. Once you die in the game, you are not entirely out of it, though. You become a ghost and can slightly interact with players that are still alive. Here is what you can do as a ghost in Project Winter.

When you die or escape the map with survivors still alive and kicking, you are brought back as a ghost. Some might think that this is merely a spectator mode for any unfortunate souls, but while you cannot communicate with anyone still alive, there is more you can do. You will notice your inventory has been replaced by four new icons on the lower left-hand side of the screen. These are your ticket to potentially save or spell doom for anyone still fighting the harsh environment of Project Winter. You can also teleport directly to players, so you do not need to wander the tundra to find your target. While all of the following effects are temporary, they can alter the course of a match.

The first icon is a fire, and using it will briefly lay down a spirit fire that will warm up anyone nearby. This is particularly useful for traitors who have been exiled from the cabin. Drop this down to provide at least a little heat for them.

The second icon will slightly raise the food bar on anyone in its area of effect. Like with the fire icon, this can hold off death or a loss of health for anyone that may say they are low on food. While you cannot talk to alive players, you can still hear what they are saying.

The third icon is a slight health boost. If you pick the right moments to activate this ability, you can turn a fight around and give your side a definitive edge. Be careful, though. If you catch the enemy in the area of effect, they will also receive the boost. For this reason, maybe hold this for when your teammates get into a fight with the wildlife.

The fourth and final icon provides a chill to anyone in its radius. If you want to specifically follow the person who killed you in-game and make their life harder, you can lower their temperature bar. If a Mega Blizzard is coming through, this is an excellent method to reduce their health, if not kill them should they be away from the cabin.

The cooldown period on activating any of these perks is four minutes, so once you use one, you do not have access to another for a long time. That being said, pick the right moment and the right person to use it on, and you can either directly kill them or save their life. Be sure to use the teleporting ghost feature so you can always keep an eye on all parties.