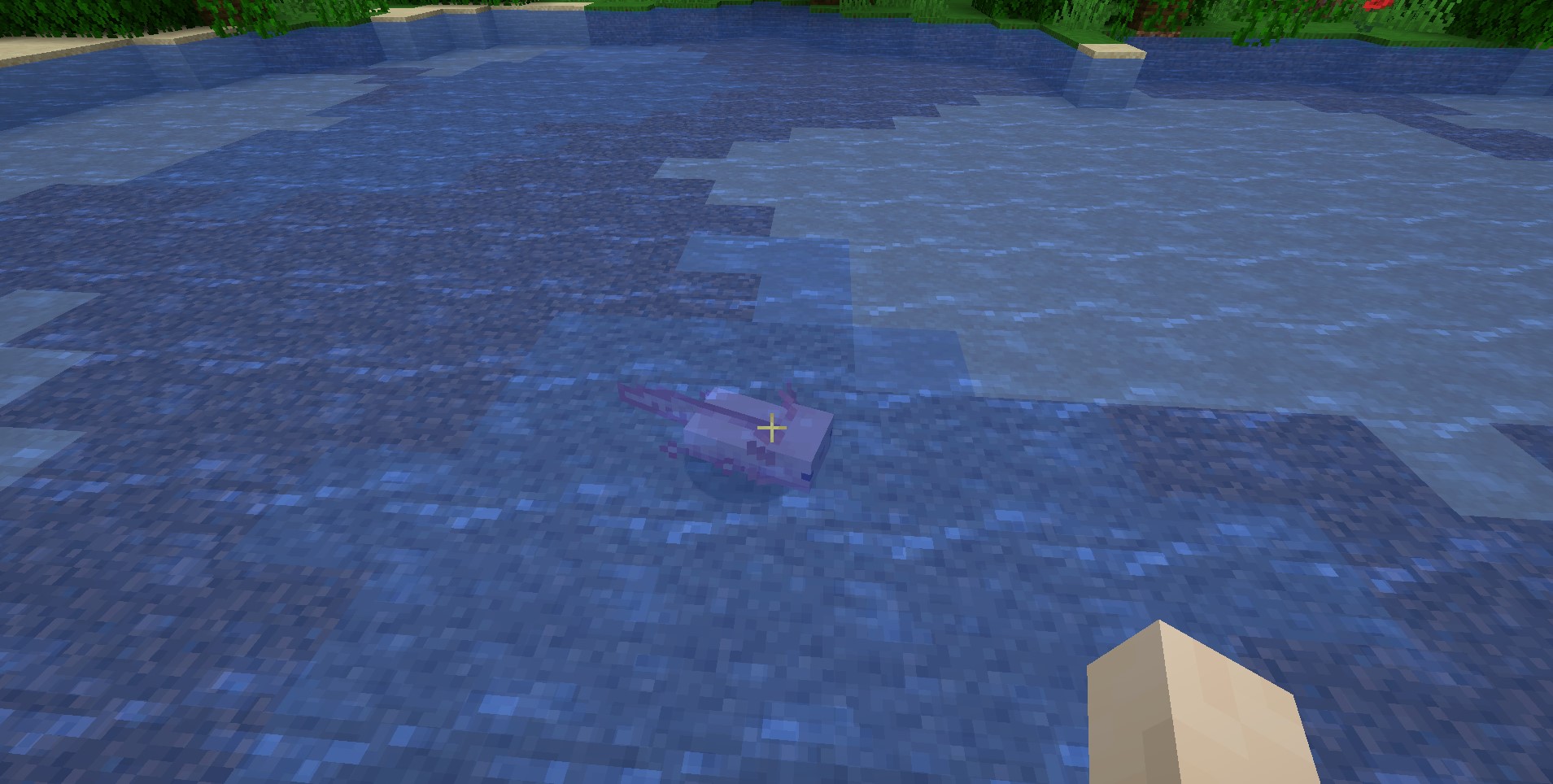 Axolotl are an aquatic animal in Minecraft. These adorable creatures were added in Minecraft update 1.17, the first part of Caves and Cliffs. You can find them deep underground inside ocean caves, and you expect to spend plenty of time trying to catch them. Although you cannot tame the Axolotls, you can pick them up into a water bucket and carry them around. Beyond carrying them around, what else do Axolotl in Minecraft that make them unique?

There are a few things that Axolotl do. These cute creatures are hungry predators, and they’ll hunt down other sea creatures they encounter in the game, attacking them if a creature enters their territory. However, despite being predators, players do not have to worry about them. Axolotl are not hostile, and they won’t be chasing after players. Actually, if they start attacking an animal and a player helps out, they have a helpful surprise waiting for them.

When you defeat a creature that an Axolotl began to fight against, that Axolotl will give you Regeneration I. The ability heals your hearts over time. This effect also removes any Mining Fatigue you had. The important thing is to assist an Axolotl when it enters combat with another aquatic creature and making sure you finish off the creature before the Axolotl can.

A good method to have this happen more often is to place a lead on an axolotl and bring it around with you. If you have it attached to the lead, the Axolotl is still prone to go out of its way to attack creatures it finds. Alternatively, you can combine placing it in a bucket and then attaching a lead to it. Whenever you need a little bit of healing and you’re near water, you can place the Axolotl into the water with the lead, have it attack something, and then land the final blow to receive Regeneration I.

Axolotl are adorable creatures, and the fact they provide a passive healing can be extremely helpful. You just have to be a little creative on how you get it to activate.