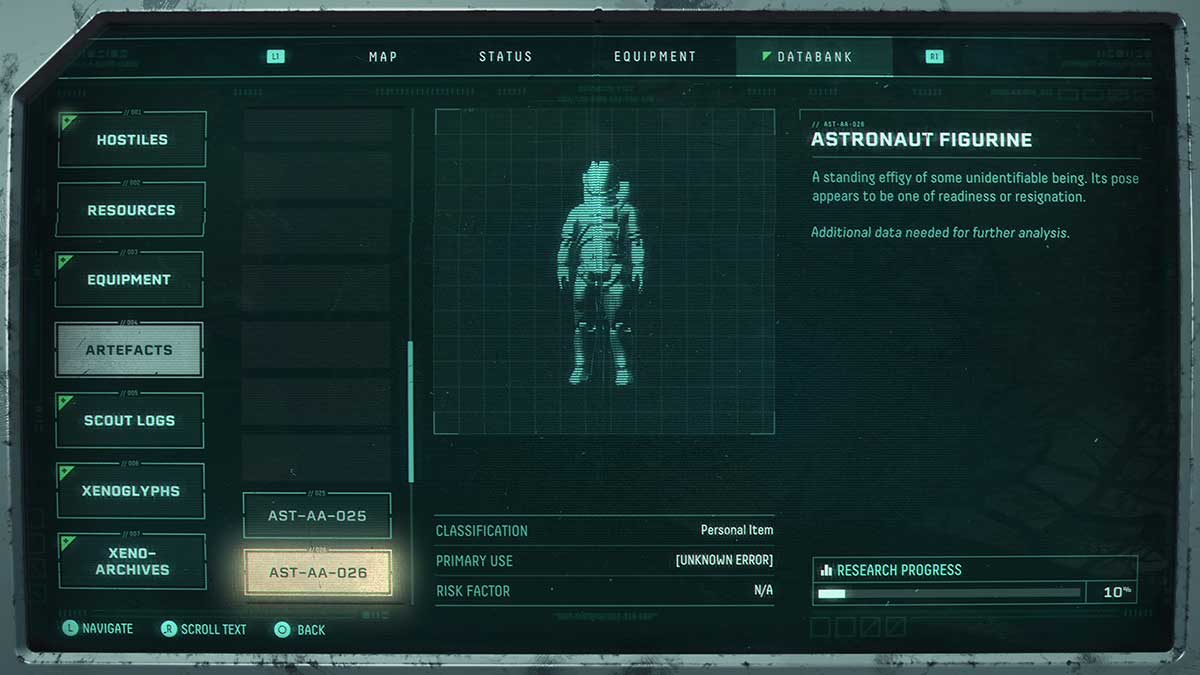 Returnal is a tough game. Dying is a key mechanic in advancing the story and provides a chance for players to reset their runs in the hopes of obtaining a better weapon. When you’re on a good run, though, dying can be a major inconvenience. However, the Astronaut Figure changes all that, at least for a time. In this guide, we’ll cover exactly what this item does and why you’ll want to prioritize it in every run.

The Astronaut Figurine gives you a second life. It’s not a checkpoint. It’s literally a second chance to pick up exactly where you’ve just died. This is a single-use item, though, so as soon as you die, you’ll be brought back to life, and the Astronaut Figurine will be removed from your inventory.

There are other ways to give yourself a second chance at a particularly tough fight, such as Phrike, in Returnal, but this is one of the best. You get to pick yourself back up in the middle of a fight. That means that you don’t need to whittle their health down through each phase once again if you’re facing a boss. You can start dealing damage from whatever point you were at when you perished.

How to get the Astronaut Figurine in Returnal

The Astronaut Figurine is your reward for unlocking the house. You’ll come across the house early on in your runs, but to unlock it, you need to explore the world more and find the key. Then, you can enter the house and get this item as a reward. You’ll also see a little bit of backstory for Selene.

You only get this item once. After you’ve unlocked the house for the first time and have used it, the item is gone, and you can’t get back into the house to claim it a second time.