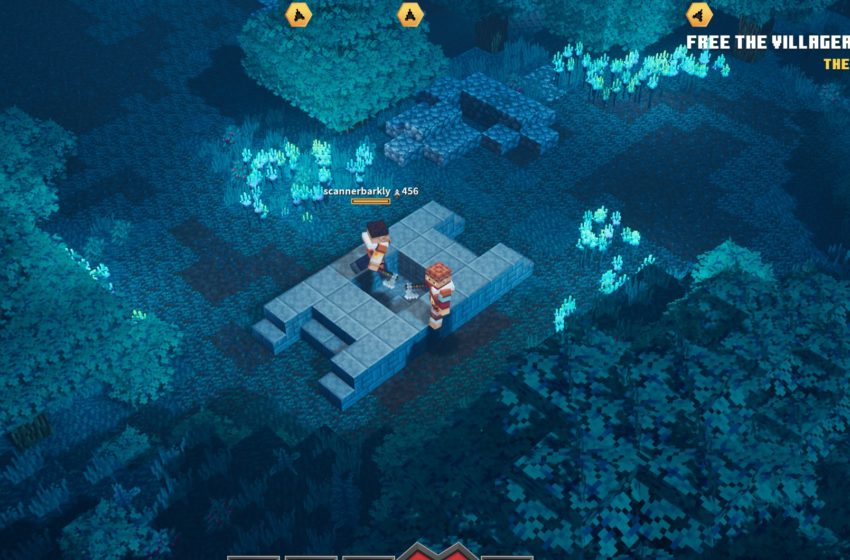 When you stand on top of the pressure plate, your character slowly goes down, and there’s a dense, rock-like sound that clicks. You can look around the immediate area as much as you want, but for whatever reason, there’s nothing that appears to open up or give you access to moving forward. You can look around the entire map, investigate many locations, but it doesn’t seem to do much of anything beyond the sound.

However, if you interact with it during the first playthrough, nothing will happen. It’s only during your second playthrough that, after you unlock the church in your camp, it does anything. Once you unlock the church and go through the Creeper Woods mission again, you can hit the pressure plate, and you lower down into a new area you can travel in and obtain a rune. You need to collect all runes from each level to unlock the secret level.

The pressure plate connects to the final, secret level, which everyone can unlock once they have beaten the first game.