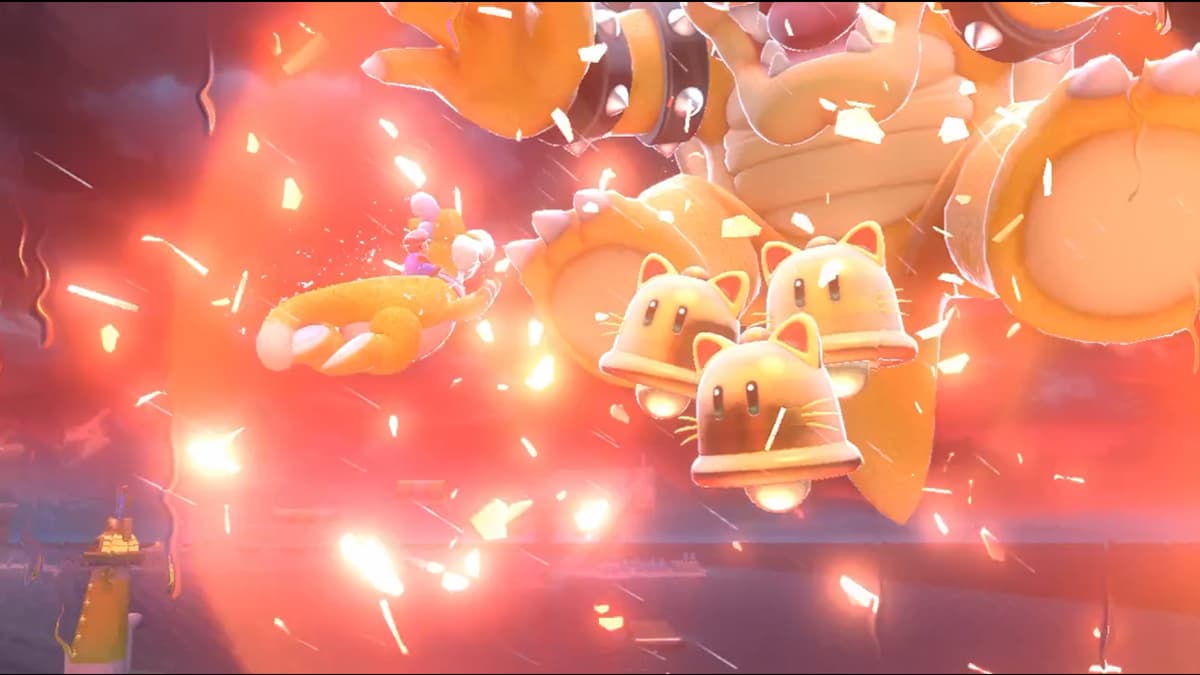 Super Mario 3D World + Bowser’s Fury is two very different game modes jammed into one package. It helps provide longtime Mario fans two specific experiences that have had success in the past. Super Mario 3D World is a favorite from the Wii U, and Bowser’s Fury is a little closer to a game like Super Mario Odyssey. Fans of either side can be happy with this. However, Bowser’s Fury is a much smaller experience. If you have collected 50 Cat Shines, you can fight Bowser to initiate the final boss and see the credits. Once you do that, more Cat Shines are available, making the total amount go up to 100. Should you spend time on this? Is it worth it? Well, we went through and reached 100% completion on Bowser’s Fury to see. Here is what happens when you do it.

After watching the credits the first time through Bowser’s Fury, you can load up the game again and see more Cat Shines are available. You can also now fast travel between islands. Collect the remaining 50 Cat Shines in the mode, and you will get the below message from the Giga Bells.

After you get out of the message, it will start raining, and Fury Bowser will appear, although he looks slightly different now. His hair has turned white.

Grab a Giga Bell to begin the final fight. This fight against Bowser is not too different from past giant battles with him. He has all the same attacks, and defeating him is precisely the same process as before. When he shoots out spikes, pick them up and throw them at him, then ground pound him, or if he slams into the ground and gets stuck, ground pound him. The only difference we recognized in the fight is he has more health than usual, making the fight go a little longer, but nothing new happens.

Defeat him, and you will have the final rush on top of Plessie like the first time you defeated him as well. This part of the fight has definitely been altered, though. His attacks are much faster at each section than before, and hitting the Giga Bells into him is much more challenging. You will want to have plenty of power-ups in your inventory to keep yourself alive. Dodging all of the attacks on top of Plessie feels impossible at times.

While the attacks are faster this time around, the objective is still the same. Ram into the Giga Bells to damage him three times. We noticed that on the third attempt, he will block the attack, but on the very next ramp, you will defeat him.

After defeating him, the same cutscene plays as before, and nothing is changed about the ending. After the credits, you do receive a new image for collecting all Cat Shines. Before, all you see is a canvas covered in dark paint. With 100 Cat Shines, you see the following.

So not much changes at the end of the game, but what about if you jump back into Bowser’s Fury? Unfortunately, the differences there are pretty disappointing as well. Anytime you have the Catsuit power-up on, you will have the Super Saiyan-like hair from the Giga form. This does not apply to Super Mario 3D World, though, only Bowser’s Fury.

The other noticeable change is Bowser Jr will look like a cat. This does not change his attacks or any of his functionality in the game.

There are no further collectibles to be found, making this mode just a playground to run around in if you want. Fury Bowser at first appears to have left the map, but after awhile he does return and you can battle him again if you choose to do so.