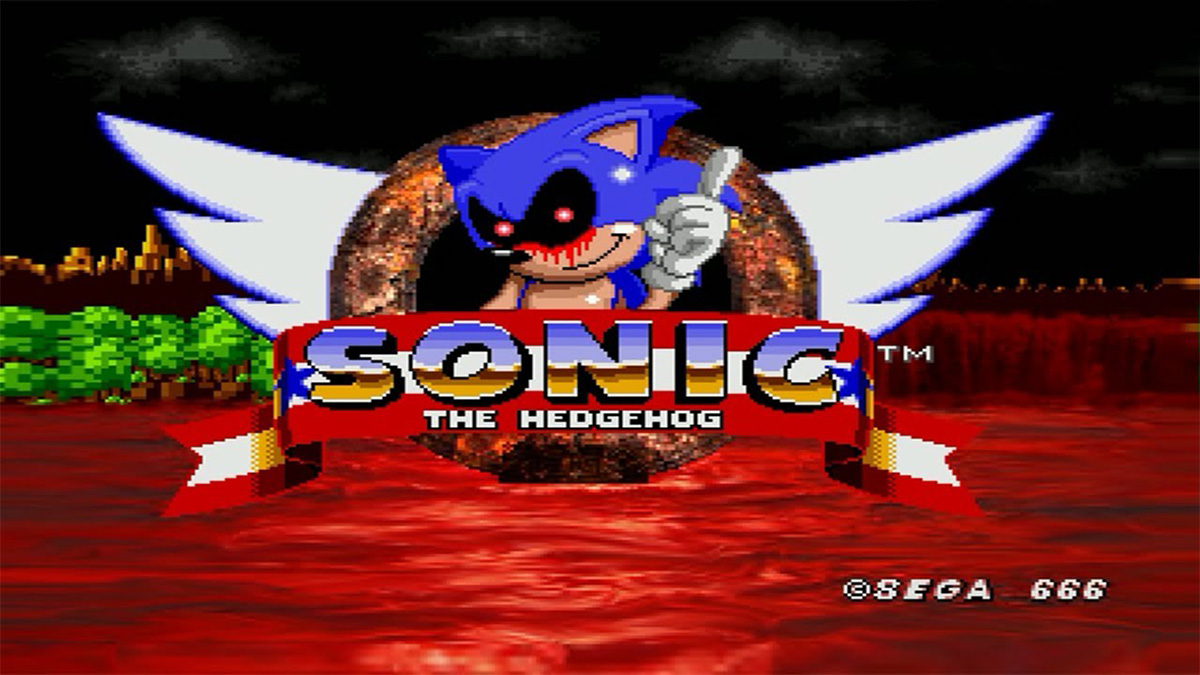 Creepypastas and video games have had a strange relationship over the years of both existing on the internet. There was always a leapfrog effect between the two, with one inspiring the other and vice versa. Sonic.EXE is one of those crazy “chicken or the egg” kind of stories on the internet in which a creepypasta version of a beloved game mascot surfaced and leaped to a notoriety of its own, spawning further fan creations in its own right.

What is Sonic.EXE creepypasta?

There is still some debate about which came first — the creepypasta story or the edited image of a demonic Sonic. In either case, one inspired the other, and soon enough a creepy meme was born. The story, published sometime in 2011, tells of a cursed or haunted CD-ROM with just “Sonic.EXE” written on it. The story then goes that when you try to play the game, it will seem normal at first, but something will go wrong and everything will turn demonic. Most notably, the Sonic on the title screen will turn into the famous creepypasta version, with black bleeding eyes, red pupils, and a sharp-toothed grin. From there, the story goes in the predictable creepypasta direction, but that image of Sonic has become iconic on the internet over the years. Naturally, the Demonic Sonic has clunky quotes that have become staples among creepypasta posters on the internet, such as “I am GOD!”, or “Hello, do you want to play with me?” which he asks Tails when he first discovers him in the story, or even the super-tryhard “You’re too slow. Want to try again?”

Which game is based on Sonic.EXE

Of course, if a creepypasta gains notoriety, a game is about to follow. And that makes doubly more sense when it comes to a creepypasta based around a game in the first place. The Sonic.EXE fangame came out in 2012, only over a year after the original story. In this game, you get to play as some of the famous Sonic characters while they try to survive against Demonic Sonic. Despite its origins, it’s a pretty decent fangame in its own right and well worth a try for the sake of curiosity if nothing else.