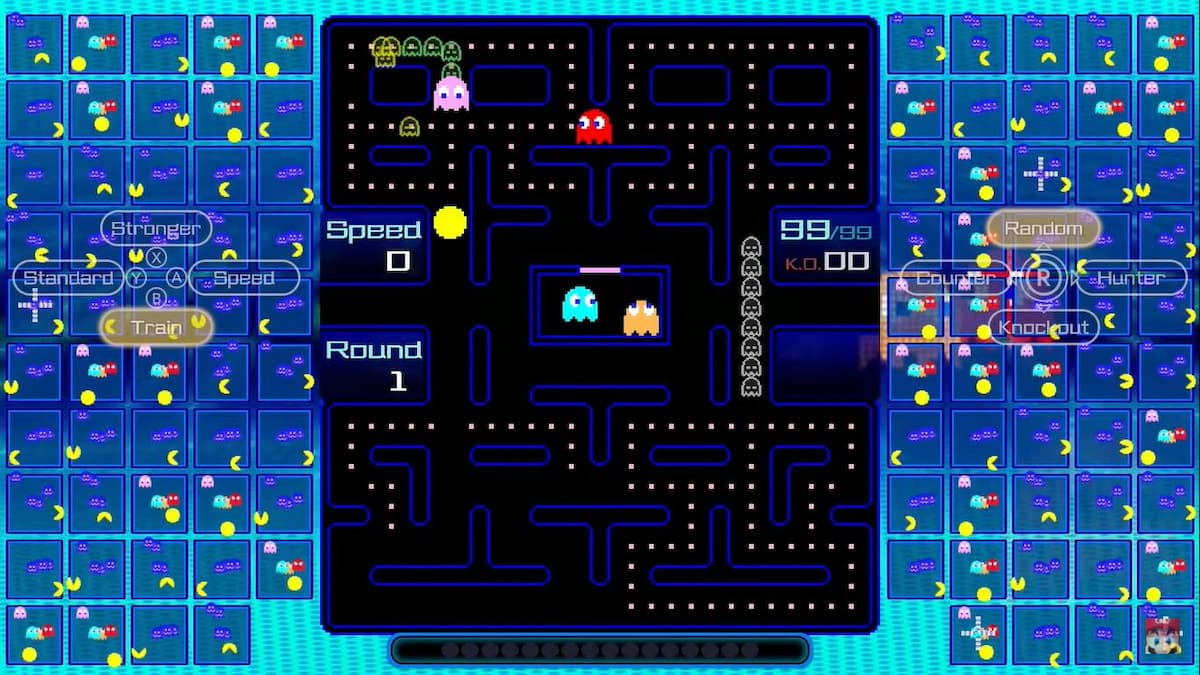 Pac-Man 99 turns one of gaming’s most venerable titles into an effective battle royale. Players not only have to play their own game of Pac-Man, but can also interfere with each other, and their own game, in mysterious ways.

Sometimes Pac-Man 99 is about embracing risk to end up with an advantage, which is where the power settings of Stronger, Standard, Speed, and Train come into play. They can be activated using the lettered buttons, but you will want a full understanding of what each one does to take advantage of them.

Cycling through the various modes at just the right time is how you will really gain an advantage over other players, but it is a risky game. If you are spawning Jammers on your own board, disaster might strike if you get hit with Jammers from another player, but it’s all part of the game.