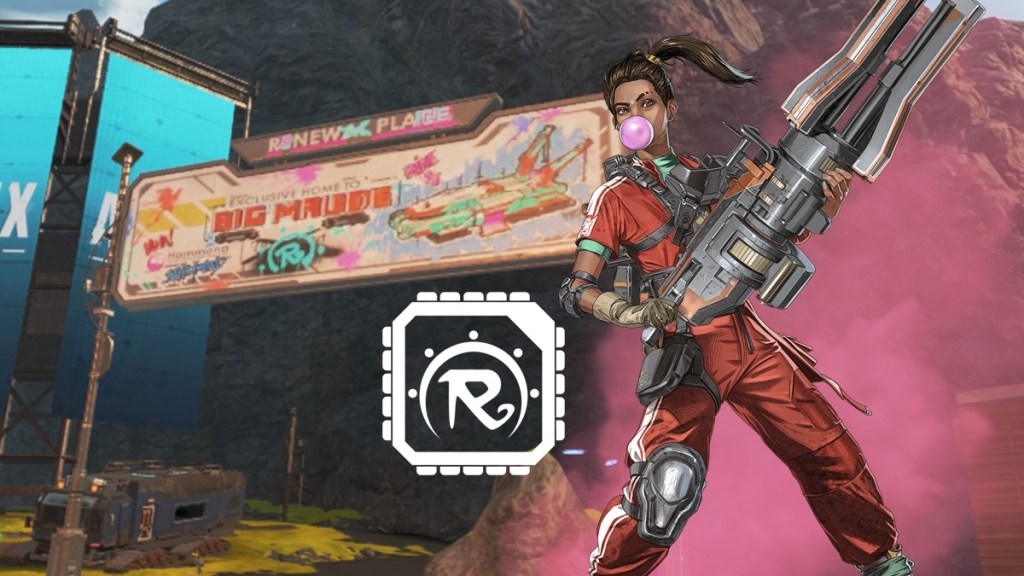 Rampart is the definition of wild child, and brings a lot of ‘bang!’ to the Apex Legend scene. Her Town Takeover for World’s Edge is themed entirely around her modified weaponry, but the teasers also show players signs for the new build completely taken over by Rampart’s Graffiti.

The prior sign was created by Hammond Labs and read ‘Renewal Plaza.’ There is even a teaser on the loading screen showing Rampart looking at the sign with mischievous intent before the graffiti occurred.

But why is it so integral that Rampart is using graffiti to modify the sign? To understand that, let’s take a look way back into the history of the only ever ‘special’ class Hop-Up: The Graffiti Mod.

Before Rampart was even in the game, she was already leaving her mark on the Apex Games… literally. One of her creations (other creations of hers include Valkyrie’s Jetpack and the Rampage LMG) found its way into the loot pool for the Always Be Closing Evolved Limited-Time Mode (LTM) in August 2020, at the end of Season 5: Fortune’s Favor. The Hop-Up was originally only compatible with the M600 Spitfire, and it hadn’t been seen since, but Rampart’s Town Takeover is the resurrection spot for this funky Hop-Up.

So, how does it work?

The graffiti mod turns the equipped weapon into the deadliest paintball gun around. For actual buffs, the mod increased magazine zine by 15% and reload speed by 25%. But the thing about the mod that made it stand out was its ability to paint surfaces. When you shoot, you leave paint behind on walls and floors, and can even toggle between colors.

There are four color fire modes for the Graffiti Mod: purple, yellow, green, and alternating (between all three colors). Even from the buffs alone, the mod is worth it, but with the added fun of the paint, this mod is definitely one to watch out for.