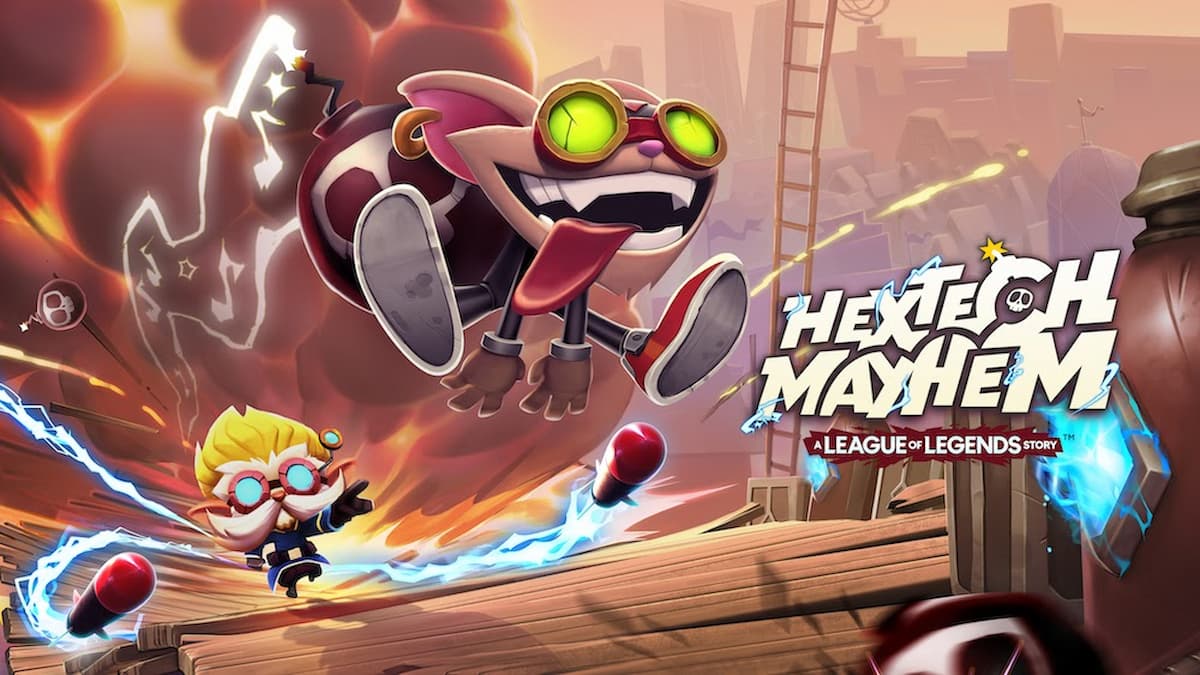 Riot Forge, the portion of riot responsible for releasing third-party titles that focus on League of Legends, has a new game on the way. Hextech Mayhem: A League of Legends Story is a rhythm runner game developed by Choice Provisions, the creators of the highly regarded BIT.TRIP series.

The game is due to launch on November 16 for Nintendo Switch and PC through Steam, GOG, and the Epic Games Store. It will also be available through Netflix at a later date.

Set in the League of Legends universe, Hextech Mayhem: A League of Legends Story is a rhythm runner featuring Ziggs, a yordle of some renown and a Hexplosives extraordinaire. Players must perform bomb-jumps and bomb-attacks to the beat of a toe-tapping soundtrack, to avoid obstacles, disarm enemies, and light fuses for satisfying and explosive chain reactions to cause the most possible damage.

Players will be running through Piltover to escape the spoilsport Heimerdinger, who is all out of patience with Ziggs and his explosive experimentations.

This is definitely a surprising release from Riot, coming as the company goes out of its way to push the excellent Arcane series that is now available on Netflix. Anyone who preorders the game will get the Ruined Ziggs Skin that will only be available to preorder customers.