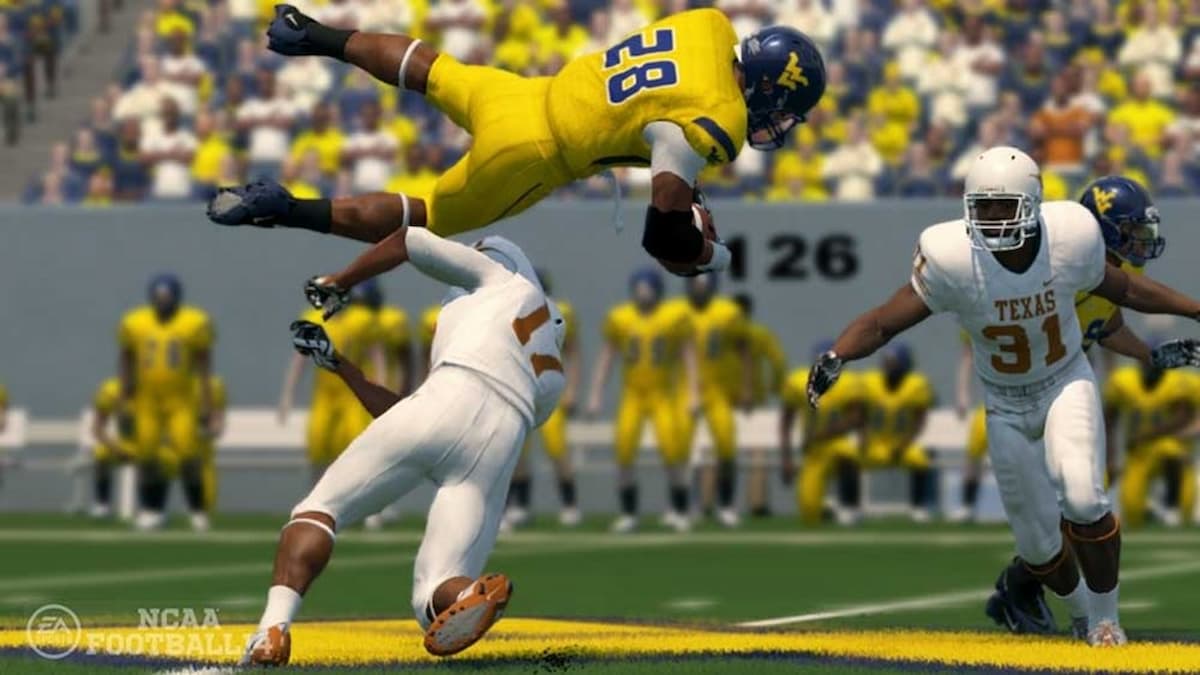 It didn’t seem like the return of an AAA NCAA football video game would be on the horizon any time soon, but thanks to Electronic Arts’ bombshell announcement on February 2, it is. EA announced that it had reached a licensing agreement with the CLC to have access to over 100 NCAA team names and logos, and it is currently in the early stages of developing a brand new simulation college football game.

Now that we know that it’s official, the big question moves to this: When will it launch? Based on the early information we have, it won’t be any time soon.

In the press release, EA stated that the development of the new NCAA football game has just started. One can infer that this means that we are a long way away from a potential release.

EA Sports vice president Daryl Holt told ESPN that the new game, called EA Sports College Football, will not launch in 2021. Holt added that he could not give a release date for the game, nor a day for when that information would be made public.

At this point, it’s going to be a waiting game for information, especially since Holt also told ESPN that as of early February 2021, EA Sports is still working on building out the development team and deciding on what direction to go with the title. However, the fact that we are even having this discussion is great news. EA Sports shelved the old NCAA Football franchise in 2013, and after a brutal legal battle that ended the series, it was very much unknown as to whether NCAA-licensed simulation games would come back any time soon.

Patience will be the key when waiting for the return of NCAA games, but after over seven years since the last title, we think fans of the old franchise will be able to hang in there for a little bit longer.