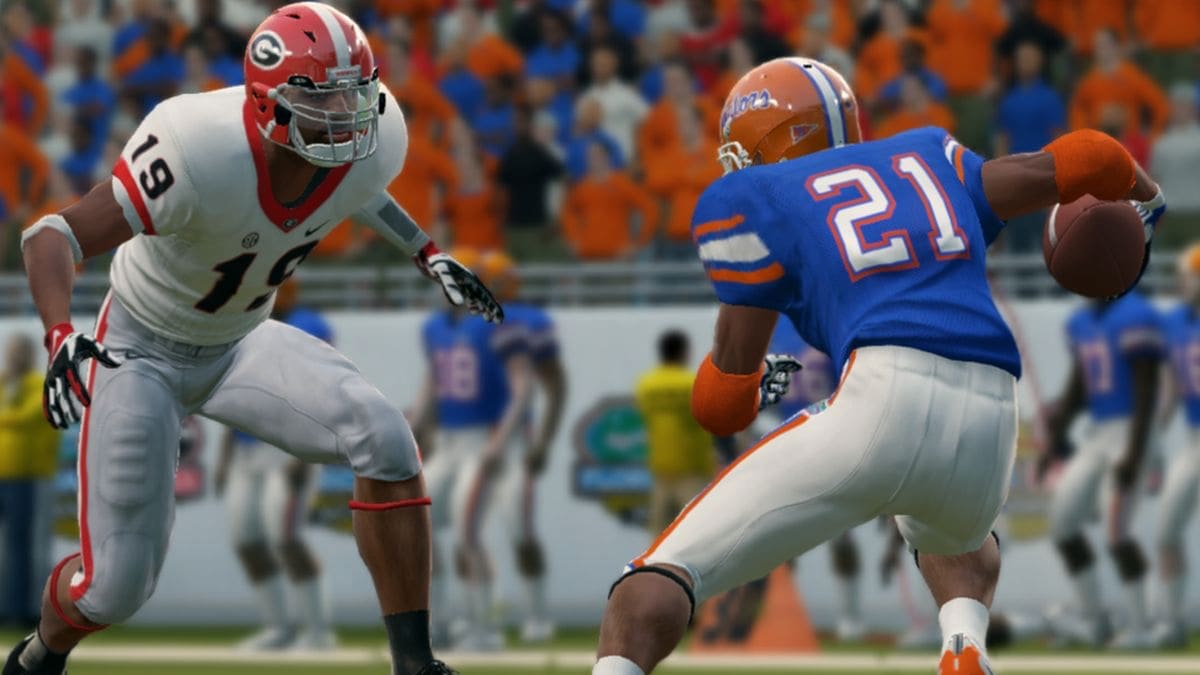 Although most sports titles are typically announced only months before their release, it appears EA Sports College Football may have jumped the gun a little earlier than expected. According to leaked documents, the first licensed college sports game since 2013 likely won’t hit store shelves until 2023, and it may be leaving out a handful of schools in the process.

Late Wednesday night, college sports reporter Matt Brown shared internal documents from the Collegiate Licensing Company (CLC) that outlined most of what EA Sports has planned to incorporate into the new football title. Alongside this, it details that EA Sports College Football is apparently scheduled to release in July 2023.

In addition, the CLC allegedly claims that EA is looking to insert accurate depictions of the 100+ schools represented by the trademark company. This reportedly includes featuring each school team’s uniforms, mascots, stadiums, band songs, and bowl trophies — all of which fall under the protection of the CLC.

However, even with the Collegiate Licensing Company agreeing to the circumstances, each of its schools still has the option to request it be left out of EA Sports College Football — which some have already done. The Athletic has now revealed that football powerhouses in the vein of TCU, Northwestern, and Wisconsin are currently opting out of this latest installment.

As for why these schools are choosing to be left out, the primary concern is that of their players not being able to profit off of the game — an issue that is quickly resurfacing by the month. In late February, Notre Dame became the first university to opt out of the 2023 sports title when it, too, cited how unfair the deal would be to its players.

With the game still a few years from a playable state, EA has time to either mend its relationships with these schools or wait for ongoing legislation to possibly enable laws that ultimately allow students to receive compensation.

In some good news, the franchise’s reincarnation will be developed by the creators of NCAA Football 14, EA Tiburon, and is currently expected to launch on both PlayStation 5 and Xbox Series X/S.