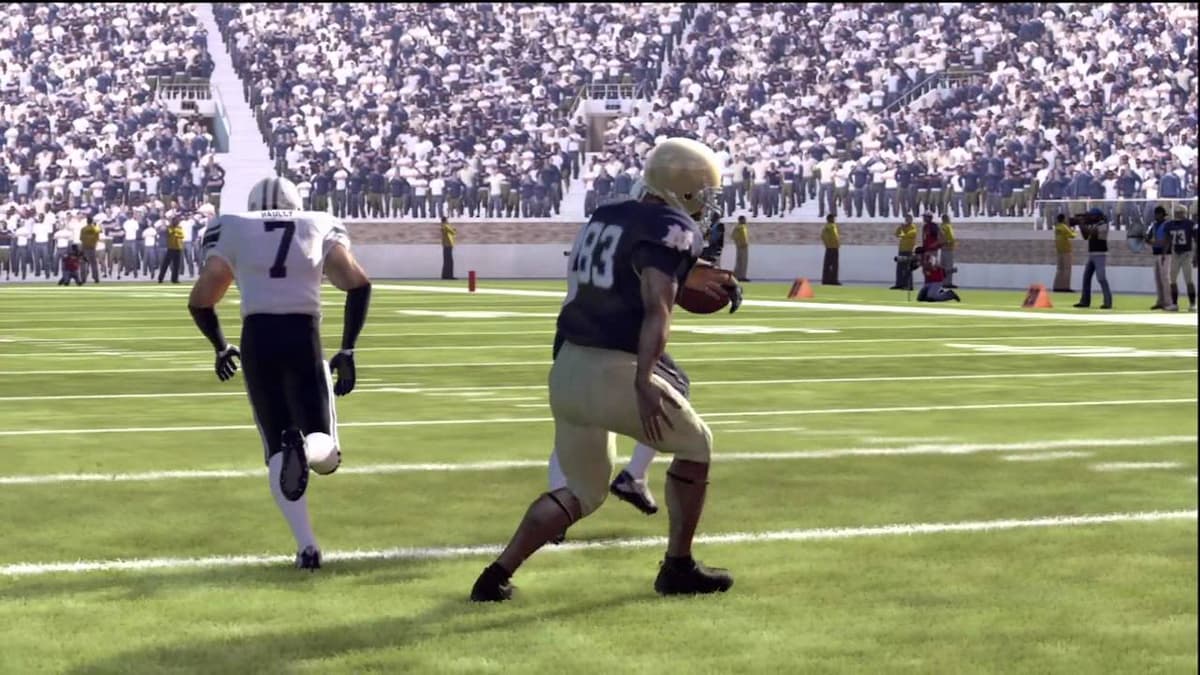 EA Sports College Football has barely gotten its feet off the ground yet, and a major blow has seemingly been dealt to the new franchise. The University of Notre Dame, traditionally a power in the world of Division I NCAA football, has stated that it does not plan to allow EA Sports to use its name and logo for the upcoming video game title.

In a statement to media on February 22, Notre Dame athletics director Jack Swarbick said that the school at this moment does not plan to allow EA Sports to use the school’s Fighting Irish name, nor the signature logo. Swarbick notes that while the school welcomes the return of NCAA football video games, Notre Dame will not participate in working with EA until rules regarding whether players can profit off the game have been finalized.

As things stand right now, NCAA players do not have the ability to sell their name and likeness to video game developers, nor profit off of video games. And going forward, that’s not expected to change. The NCAA began to open the door for players to make profits off of their name and likeness starting last year, though the working group in charge of recommending changes has to this point has been opposed to allowing group player licensing, a key element that could open the door for video game developers using real names and likenesses.

EA Sports’ Daryl Holt told ESPN back in early February that the plan going forward will include having rosters that do not have names, nor accurate likenesses. This is a contrast to how older NCAA football games were handled in the past, as those had no real names, but similar likenesses. This was a point of contention in the class action lawsuit in the mid-2010’s that was led by former UCLA basketball player Ed O’Bannon, a lawsuit that helped bring the demise of the NCAA Football franchise.

However, Holt mentioned that the company will be watching the legal landscape as some state laws regarding student-athletes and profiting off names and likenesses go into effecting starting later this year.