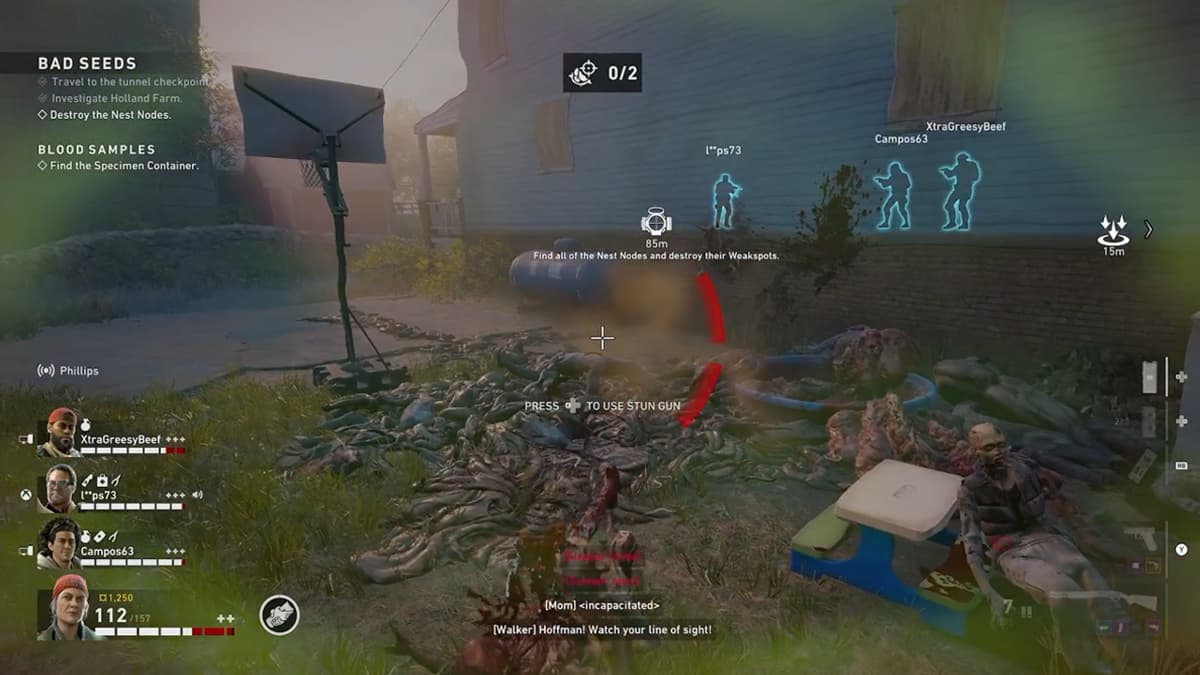 Back 4 Blood has a more pronounced focus on items than Left 4 Dead ever did. You can interact with and buy many more items through the shops in safe rooms with copper, the in-game currency. Among those items is one that is entirely unique to Back 4 Blood. Here is how you use the Stun Gun in Back 4 Blood.

Back in Left 4 Dead, if you were captured, you were stuck until a teammate came to save your life. Up until the open beta for Back 4 Blood, we thought this was the same situation. However, the Cleaner named Evangelo has an ability where he can escape being trapped by an enemy. With the Stun Gun, every character can have the opportunity to get out of trouble, no matter what enemy has a hold of them.

Where to find the Stun Gun?

Stun Guns can be purchased from the in-game shop for copper or occasionally found out in the world. It takes the Quick Accessory slot and can not be used until you are trapped. When that happens, a prompt will appear on the screen, and you will instantly kill any Ridden that was holding you. This also applies to Hocker goo, but of course, it will not kill the assailant.