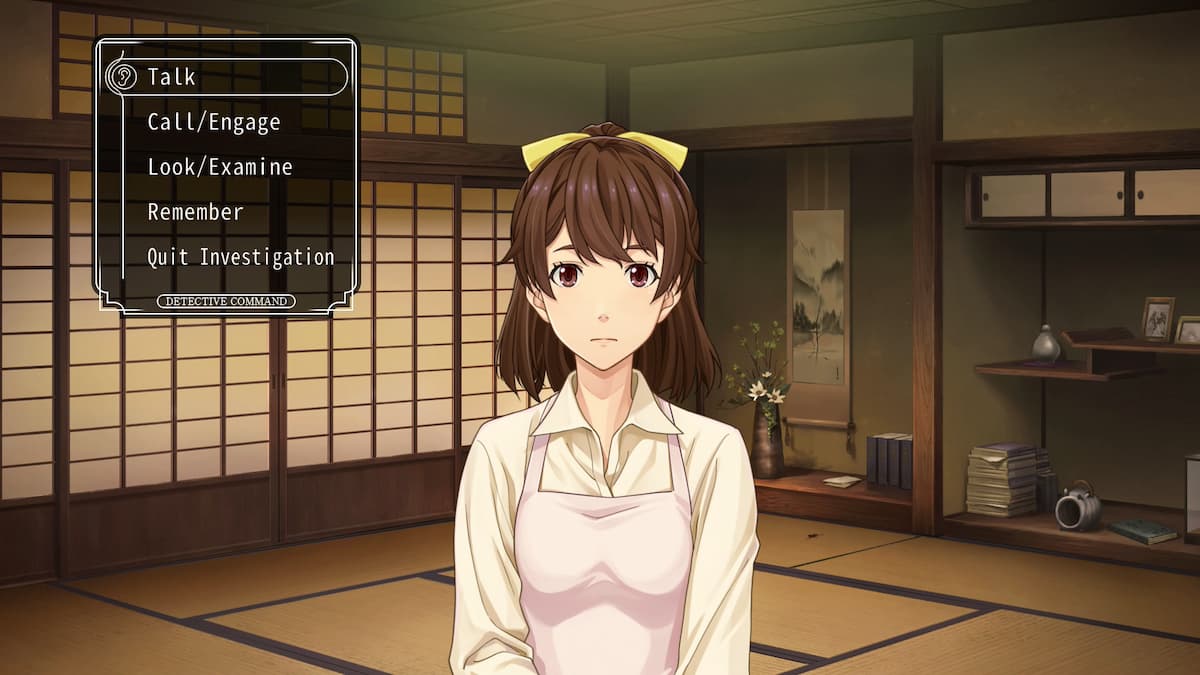 Upon returning to the Ayashiro Residence from the train station, players will be able to speak with Akane, the maid who discovered Kiku’s body. They will be able to ask her about the following subjects:

After running through all the options, a new one will appeared called “About Akira”, where they can ask about one of the other NPCs that was revealed to have been at the house the night that Kiku died. Ask Akane this option, the select Call/Engage, and ask Zensou about Akira as well.

The phone will ring and Zenzou will need to answer it. Speak with Akane again, but this time select the Look/Examine option. Just to Akane’s right, on the floor, is a burnt patch of matting. Click on this and Akane will act surprised right as Zenzou returns.