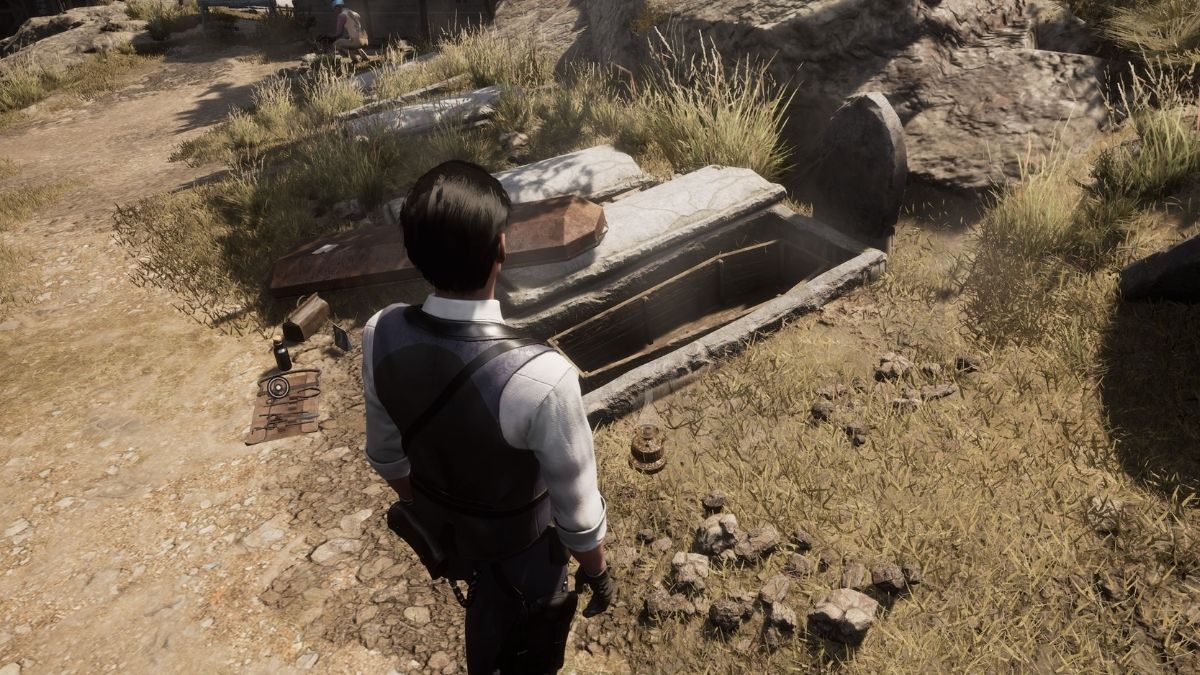 A possible vampire is roaming the streets of Cordona, and it is your job to investigate. Two people were found dead near an open grave at the cemetery with bite marks on their necks. Could this be something supernatural at work? It’s time to find out. Luckily, Sherlock is on the case.

After retrieving this case from the case board at the Cordona Police Station:

It is time to search for clues.

There are a total of five clue areas to discover. Four of them are marked, while one of them is in the back by the mausoleum. Be sure to follow the path past the open grave to find it.

Now that you have all the evidence, it is time to reconstruct the events. Follow the list of events, so you are sure you have them in the correct order.

When you have the figures in the correct order, validate them, and a cutscene will play that shows how the murders played out.

After the cutscene, return to the police station to collect your reward for another case solved.