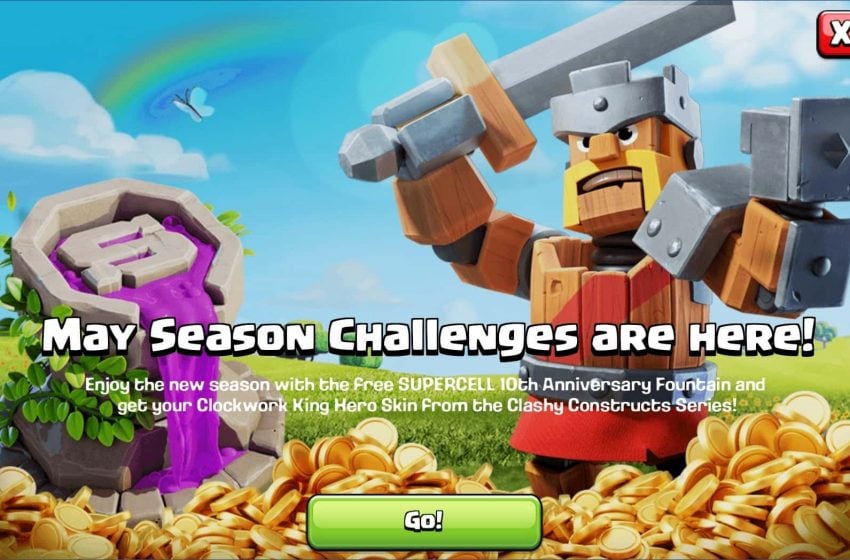 A new month brings a new Gold Pass for Clash of Clans players. This $4.99 add-on is akin to a season pass for the game, giving players several benefits that will be an essential purchase for any player that’s serious about their game.

The benefits for the pass include a Season Bank that accumulates Gold, Elixir, and Dark Elixir as you participate in multiplayer battles. Also, boosts to reduce researching time to upgrade troops, training time, and reduction in resource costs for army queues, and building time and cost reductions. Lots of magic items that are very useful for your village can also be earned by completing the challenges, with a free tier for those who don’t want to purchase the pass offering plenty of resources to help you.

This month’s free tier also includes an anniversary fountain to help celebrate the 10th Anniversary of the game’s release. It acts as a decoration in your home village.

The bonus for completing the pass this month includes a new skin for the Barbarian King. Following the themed Clashy Constructs set from last month’s Clockwork Warden, the Clockwork King swings his sword by fully rotating his arm in his socket while also waddling around the map. Pretty cool, right?

Here are all of the rewards that you can earn in the Gold Pass for May 2020 in Clash of Clans.