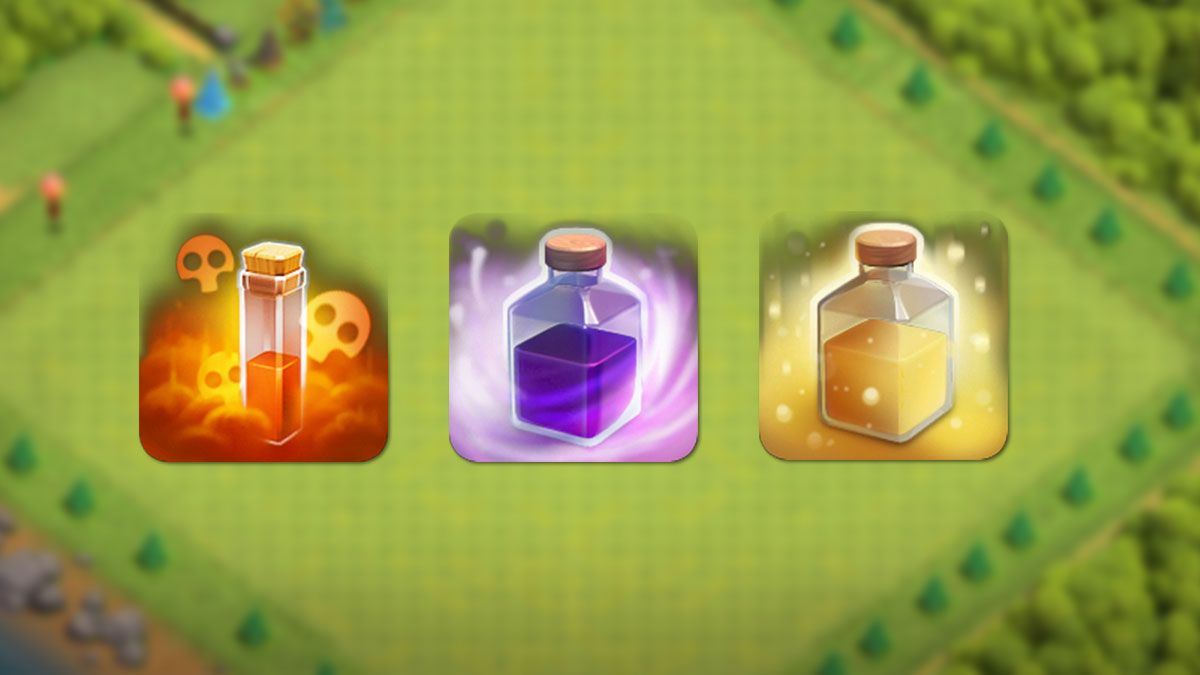 Winning Clash of Clans means making smart use of your units and spells. There are two types of spells in the mobile game: Elixir and Dark. They’re made in different factories and cost different resources, but they all still have strategic uses that can turn the tide of battle.

We’ve compiled a list of the eight best spells in Clash of Clans here. If you’re looking to debuff your opponent’s army, buff your own, or cause confusion on the battlefield, you have plenty of options. No matter how you like to strategize during your fights, you should be able to find some new tactics on this list.

There are a variety of strategies to win a Clash of Clans match, but rushing the enemy is a common one. Hit them with a Freeze Spell first, and they’ll be defenseless as they stand frozen in place, letting you close in. Freeze Spells only take up one spell space, so you can do this multiple times during a match.

Literally every Clash of Clans player ever has needed extra health at one time or another: the Healing Spell is essential. Healing lasts for a good amount of time, forming a ring on the ground that patches up anyone in the vicinity. Time it just right, and you can keep your units topped off throughout the match.

Invisibility is the signature move of the Archer Queen, the best hero in Clash of Clans in general. Being invisible means a unit cannot be targeted by enemy attacks. Splash and area-of-effect damage still applies, but a gang of units that can’t be attacked while storming an enemy stronghold is a game-ending move.

This is one of the longest-lasting spells in the whole game, and it boosts both troop movement speed and attack power. It’s a serious buff, and it can be used in both offensive and defensive situations. Whether you need to finish off the enemy base or quickly defend your own, the Rage Spell always comes in clutch.

The Bat Spell is quite different from any other on this list, as it summons a new unit rather than creates an area-of-effect on the battlefield. A swarm of bats might not seem as powerful as other troops, but because they don’t trigger traps, they can beeline to your opponent’s defensive structures. It’s a little extra help no matter what your usual strategy is.

Bats attack enemy defenses, and so does the Earthquake Spell. If you just want to deal a quick hit to enemy structures, then this is the way to do it. While each successive earthquake does less and less overall damage, four Earthquake Spells shatter a wall no matter what. Do what you will with that knowledge.

The Rage Spell might increase troop speed, but Haste cranks things up even further. If you’re looking to rush your opponent, this is a must-have. It has a smaller area-of-effect compared to some other spells, but there’s a great tradeoff in that it takes up much less space in your inventory.

Finally, we have some good old (dis)honest damage with the Poison Spell. The damage it causes over time can be the sneaky thing that wins you the match, withering away enemy health during a long match. Furthermore, it also slows enemy troops down, like an inverse of Rage or Haste.