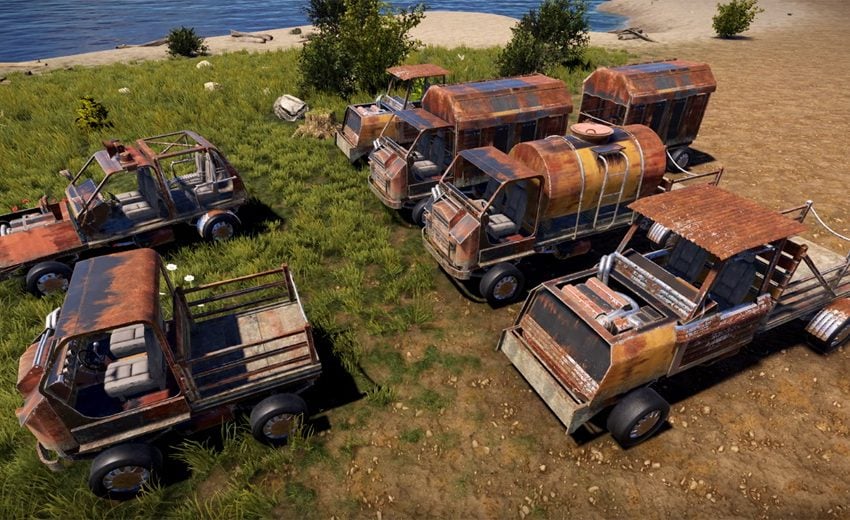 Because Rust is a multiplayer survival video game, every advantage comes into effect. You want to find the most efficient way to gather up supplies and traverse around the map. A great way to do that is to speed things up, and a vehicle does come in handy. Players have been waiting for modular vehicles to come to the game, and now they have a decent roadmap to when that will be happening.

At this time, the modular vehicles for Rust will be arriving on May 18. The new mechanic will be available to all players through an update, but it’ll happen through a separate beta. Anyone playing on the uniform beta to playtest the mechanic will be able to do so, but it won’t be arriving to the main portion of the game until the July update, which does not have an exact release date at this time.

When they do arrive, players will need to create a lift inside of their base where they can customize these vehicles. The options include a variety of unique, basically broken, and garbage items mashed together to create a workable motorized car. Don’t be surprised if you see some cars with doors that look like they were ripped off the top of someone’s roof.

There will be plenty of testing before the vehicles arrive on the central server. If you want to try them out in their initial stages before players have had the proper time to break them, you can feel free to make sure you’re playing the beta version of Rust rather than the live server past May 18. After that, you can freely check them out, and make sure you prepare for them to drop sometime in July.