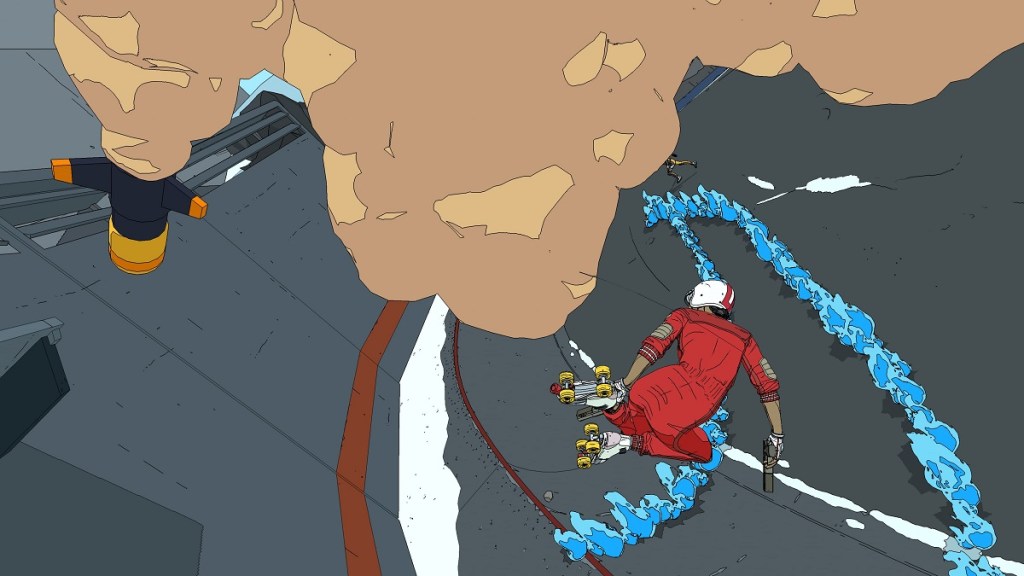 The developer of OlliOlli World, Roll7, has announced a new rollerskating shooter called Rollerdrome. It’s high energy and has a unique comic-like art style that you’d expect from Roll7. Below is when you can play this unique shooting title.

What is the release date of Rollerdrome?

Rollerdrome will be shredding its way to PlayStation 4, PlayStation 5, and PC systems (via Steam) on August 16. The publisher of games like The Outer Worlds and Kerbal Space Program 2, Private Division, will be helping launch Rollerdrome across all of its platforms. There is currently no word on if there will be a physical release for the game.

Rollerdrome is a hybrid between a shooter and a scaler, and Private Division promises a game with “high octane, visceral combat with fluid movement and tricking mechanics into one complementary and challenging whole” on the game’s official website.

Additionally, the game will support online leaderboards and pushes you to unlock the “Out For Blood” mode, which, according to Private Division, will be a “most extreme test of skill and agility.”

How does Rollerdrome play?

As the game’s name suggests, you’ll be rolling around arenas in your skates and then shooting enemies along the way with various weapons. For example, you’ll be able to use dual pistols, a grenade launcher, and the devastating Z-11 energy rifle. Each enemy has different weaknesses that you’ll be able to utilize in combat.

To dodge incoming bullets and attacks, you’ll be able to perform tricks and dodges in the air. In addition to an evading utility, your ammo will be restocked for your next flurry of bullets. On the PS5, Dualsense will let you “utilize the feel of the haptic feedback as a cue to help you pick the perfect moment to roll away,” according to the developer Roll7. Hopefully, the lack of this feature won’t hurt Rollerdrome on other platforms.