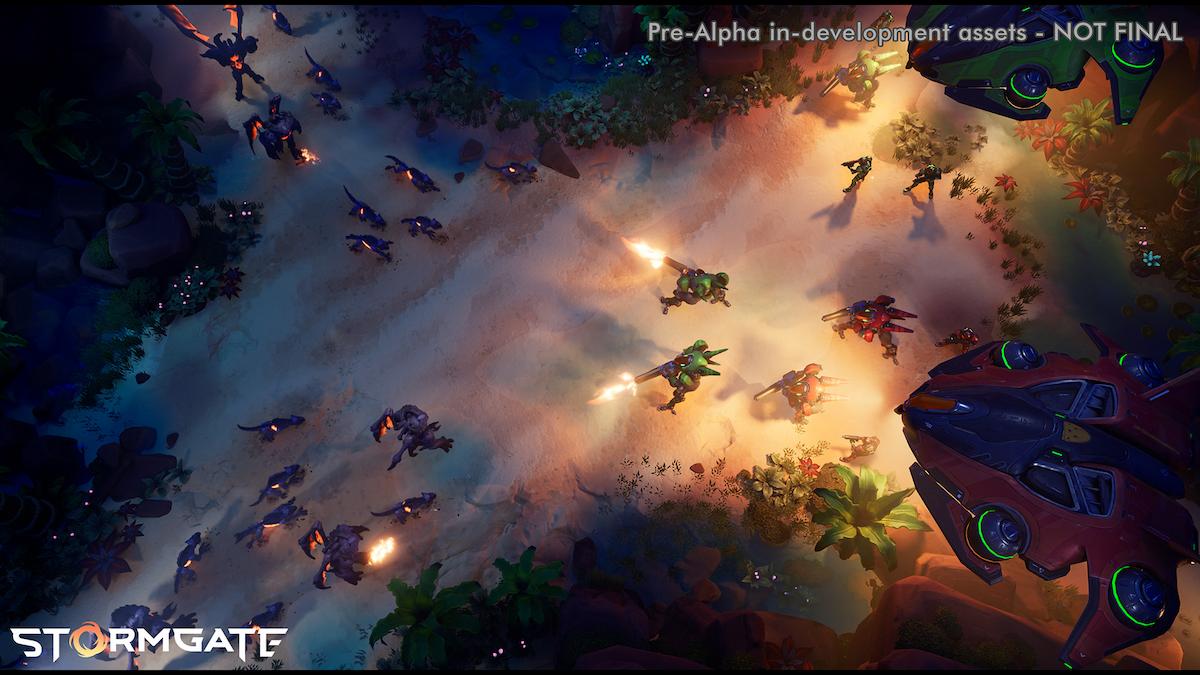 Frost Giant Studios, a studio founded by former Blizzard developers, unveiled its debut title — Stormgate — at Summer Game Fest. The game will be a free-to-play RTS set hundreds of years into the future that will feature a variety of factions fighting for control over the Earth. However, don’t expect to jump into this RTS until sometime next year.

The developer did not announce a release date for the full version of the game, but toward the end of the announcement trailer, Frost Giant did state that there would be a playable beta available sometime in 2023. We’ll update this article as more information is released regarding both the game and the beta’s upcoming releases. You can sign up for the beta by visiting the game’s website.

No gameplay was shown, but a few gameplay details can be gleaned from Stormgate’s Steam page. According to Frost Giant, the game will feature a story mode, cooperative multiplayer for up to three players, as well as a two-player competitive mode.

In addition, the game will also allow players to “set up [their] own tournaments, participate in grassroots events, or qualify for professional esports matches, all from directly within the game.” For creatively-inclined RTS fans, there’s even a map/mission editor that can be used to create custom missions and mini-games for others to play.

Who is developing Stormgate?

Stormgate studio Frost Giant was founded by Tim Morten and Tim Campbell, both of whom are game industry veterans who have worked on a variety of RTS games in the past. Morten previously worked on both StarCraft 2 and the Command & Conquer series, while Campbell has contributed to both Wasteland 3 and Warcraft III.