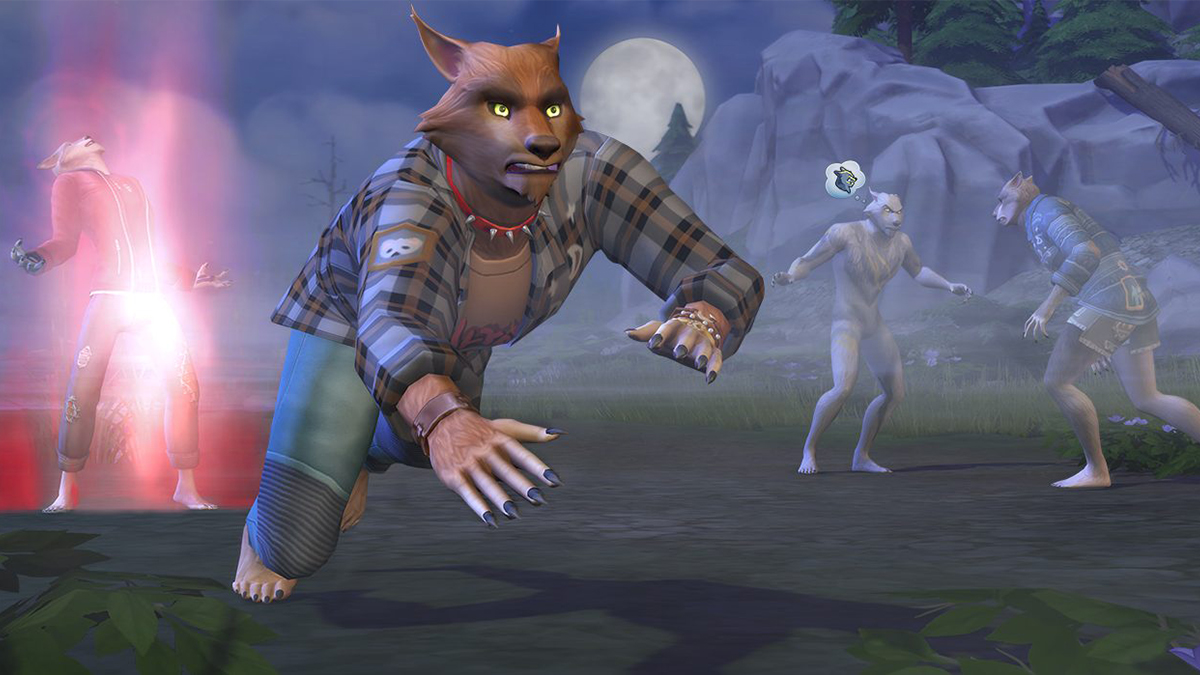 The last time The Sims 4 team teased us, it was with a brief video showing late night TV, a mysterious island, and a full moon. Fans speculated that we were getting werewolf stuff, and they were right. The Werewolves Game Pack is coming to The Sims 4 very soon, in fact. Read on to learn all about its release date and contents.

The Werewolves Game Pack is coming in the middle of this month. According to EA’s blog post, it’s launching on Thursday, June 16 — that’s just two days after the next real-world full moon on Tuesday, June 14. The Werewolves Game Pack will be available on PlayStation 5, PlayStation 4, Xbox Series X/S, Xbox One, and PC via Steam and EA Origin. No pricing was announced for the DLC, but Game Packs typically cost $19.99 USD / £17.99.

What’s in the Werewolves Game Pack?

So what do you get for that price? Quite a bit of new content. First, your Sims’ werewolf forms are as customizable as anything else in the game, with eyes, ears, tufts of fur, and even scars to make them as tame or as wild as you want. The initial look is determined by the existing Sim’s look and accessories.

The Game Pack is set in a new town called Moonwood Mill. The mill is home to two wolf packs: the buttoned-up Moonwood Collective and the free-spirited Wildfangs. You’ll be able to join either faction, but be warned that each team comes with its own set of rules you must follow. All werewolves have a new stat called Fury, which increases with certain activities. Once it maxes out, you’ll transform — full moon or not.

EA will be taking a deep dive into the new content on Friday, June 10. There will be a livestream on the game’s YouTube and Twitch channels starting at 2 PM ET / 11 AM PT. For now, you can check out the official reveal trailer below.