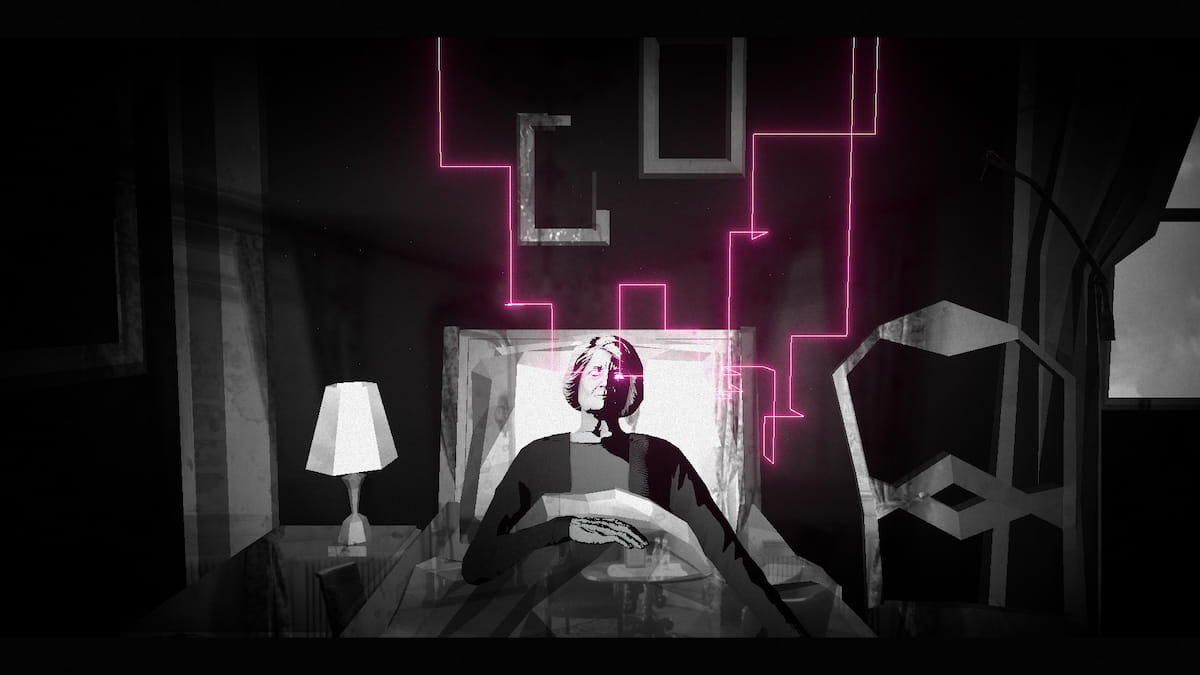 Among the new games revealed in the June 28 Nintendo Direct Mini was Lorelei and the Laser Eyes, a mysterious black and white puzzle adventure game from Sayonara Wild Hearts developer Simogo and publisher Annapurna Interactive. Not much is known about this visually arresting game at present, but naturally intrigued viewers were keen to know when Lorelei and the Laser Eyes would arrive.

At present, all we know is that Lorelei and the Laser Eyes is slated for a release some time in 2023, on both Nintendo Switch and PC, via Steam. That is, admittedly, a pretty big window, but there’s a fairly good chance for the game’s release in the first half of the year if they’re showing off trailers in summer 2022. With the effects of the pandemic easing off slightly within the industry and supply chain issues unlikely to influence software production quite as much, two of the biggest factors in game delays in the last few years are more or less accounted for. Barring any dramatic issues, it’s certainly conceivable that the game could arrive in the first half of 2023.

Still, even that only answers one of the myriad questions surrounding the trailer for Lorelei and the Laser Eyes. Presumably the player character is the eponymous Lorelei, but whatever the deal is with the laser eyes remains a mystery. Who committed the central murder, the identity of the mysterious top-hatted man, whether or not you can pet the cute dog seen at 0:31 of the trailer — all these riddles and more are waiting to be unraveled for once the game does finally launch.