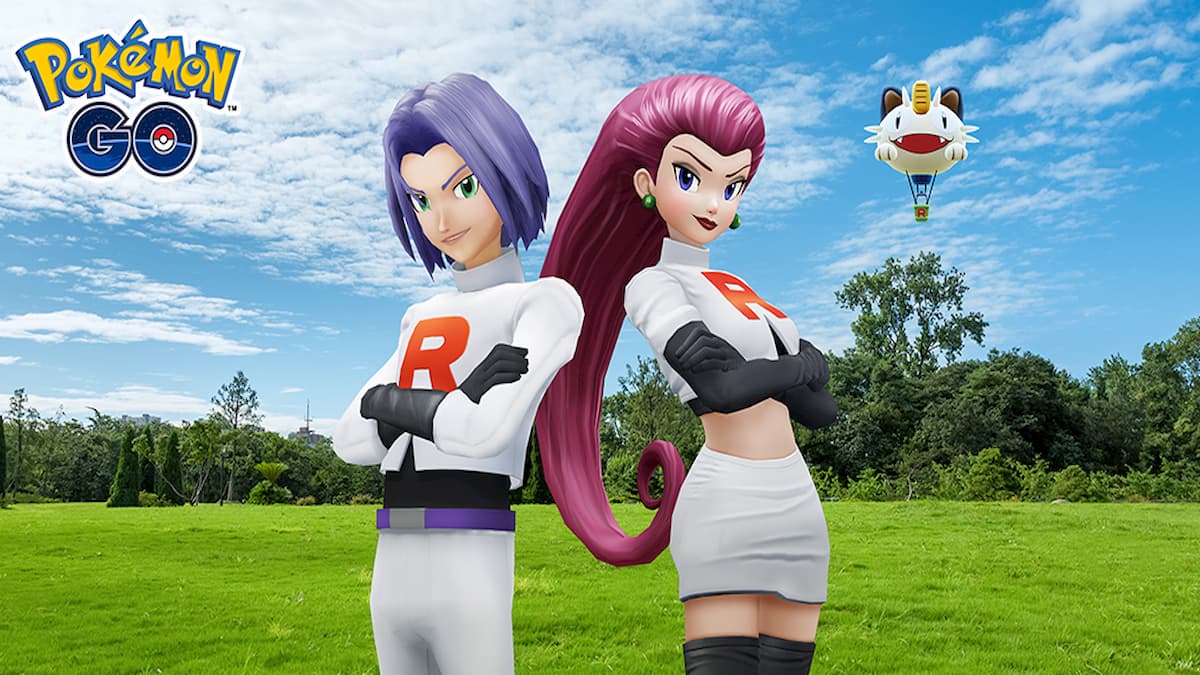 Starting on October 1, Jessie and James will be returning to Pokémon Go for the Pokémon the Movie: Secrets of the Jungle event. These two will be available for players to encounter by having a Meowth balloon appear above them, which means players need to be on the lookout for this troublesome duo while they’re wandering around or at home. Jessie and James only appear for a limited time, though, and when will they be leaving Pokémon Go?

While the event ends on October 11, Jessie and James will be sticking around a few days after this date. It was announced that these two will be leaving on October 15 10 AM in your local time. There are two ways for you encounter Jessie and James. The first method is taking a snapshot and having them photobomb you, forcing them to spawn at your position. The other method is for the Meowth-shaped balloon to appear in the sky. The Meowth-shaped balloon takes place of the traditional Team Rocket balloon, so you can expect to see it every six hours.

When Jessie and James appear, you’ll have to battle with them. Once you defeat them, you’ll have an opportunity to capture a specific Pokémon they were using against you, adding it to your collection as a shadow Pokémon. The Pokémon they use do have a chance to be shiny.

Players should have a little over two weeks to potentially encounter Jessie and James. Luckily, with the snapshot mechanic, everyone has a much better chance of seeing these two. Previously, they only spawned when the Meowth-shaped balloon appeared.