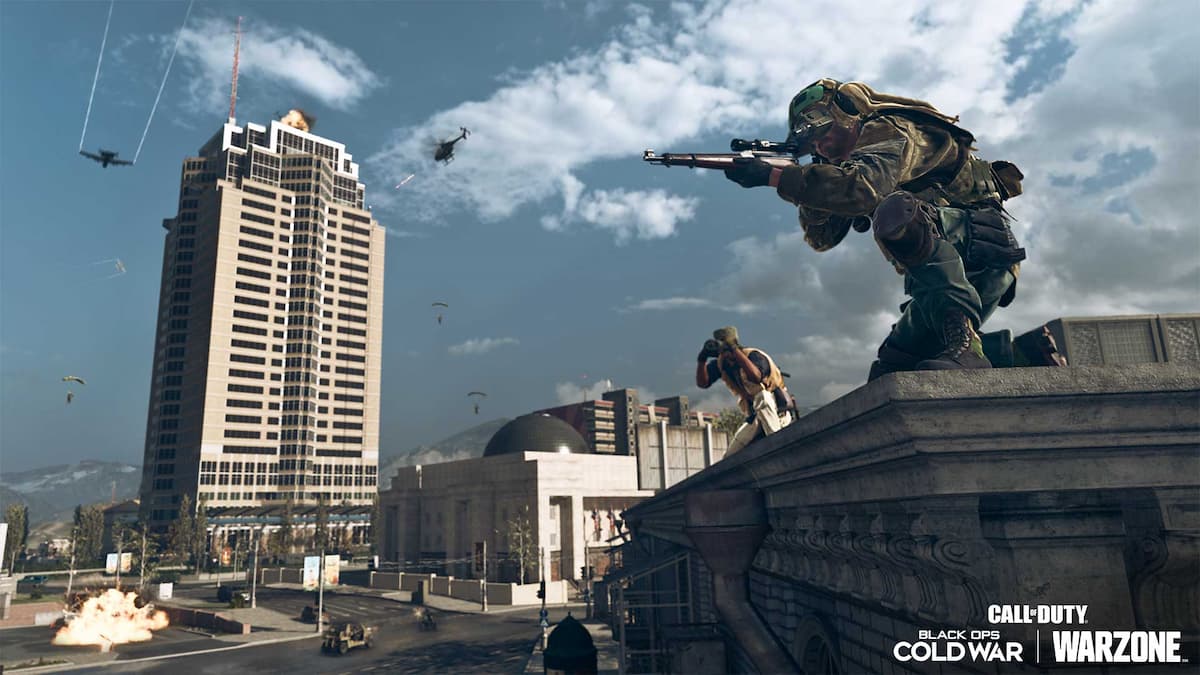 The mid-season update for Warzone Season 3 is making some pretty substantial changes to the map, including adding Nakatomi Plaza to the mix. For those who don’t know, Nakatomi Plaza is the famous fictional building where John McClane takes on the terrorist and heist-meister Hans Gruber in Die Hard.

Anyone who is looking to explore Nakatomi Plaza will be able to find it where the broadcast building currently is as soon as the Season 3 mid-season update goes live.

The Nakatomi Plaza will consist of five playable floors, including the roof, that is heavily inspired by the Die Hard movies. On the roof, players will be able to find an optional mission that they can complete that involves disarming some C4 and interrupting an arms deal gone wrong. It will also be possible to get into the vault that is housed in the Nakatomi Plaza and get your hands on the vast riches within.

For now, we assume that the easiest way to get to the roof is to simply parachute there when you jump into the game at the start of the round, although there is almost certainly a route from the ground floor the roof as well. The buildings and area surround the Nakatomi Plaza will also be changing from what is currently in the game, so it is safe to expect the building will be difficult to approach from the ground if it is already occupied.