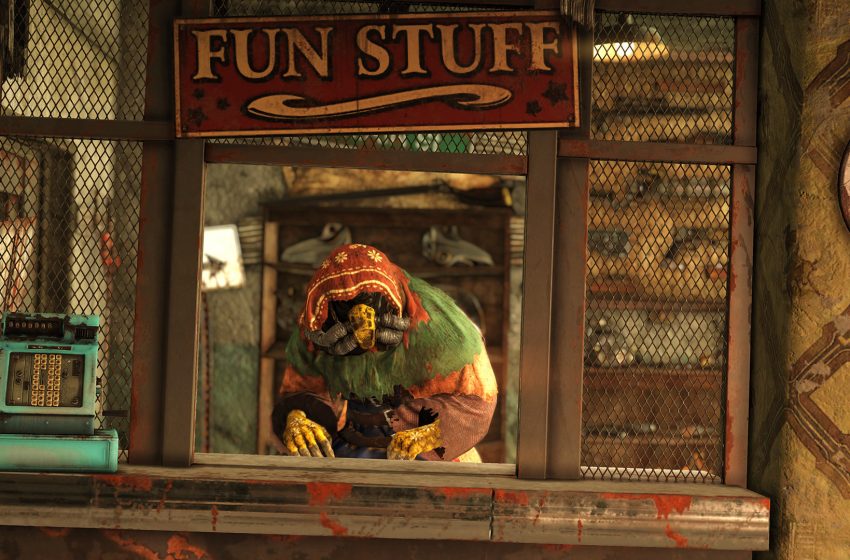 Are you interested in striking up a deal? The legendary vendor, the Purveyor, is a notable figure in Fallout 76. She is a mole miner who has risen from the surface and is interested in striking up a deal with those who have the currency to match her rates. However, you can’t come to her, expecting anything mediocre. She only has the best of the best, and contains a variety of legendary items available for you, for the right price, and you have enough Scrip.

Previously, she was in the Berkely Springs Station during her time. With the new Wastelanders update, though, she has since moved elsewhere. You can find her in the Ash Heap at the Rusty Pick. She’s moved a reasonable distance, but she will have a variety of new items available for eager travelers who want to get their hands on the new weapons and armor that comes with the Wastelanders update.

Thankfully, it is a named location, so you can fast travel to it whenever you need to visit her. When you arrive, you don’t have to search around the area. She’s right inside of the Rusty Pick, making it incredibly easier to locate her in the future. A notable feature she has available is the Vault Steel Scrap, which you can purchase for 10 Scrip.

We can expect a handful of new information to come through as we learn more about the Wastelanders update. Hopefully, we can see more details on the type of new legendary weapon and armor pools, and how likely it is for everyone to access the new content.

Hopefully, the Purveyor stays where she’s at and doesn’t decide to move anywhere else anytime soon.