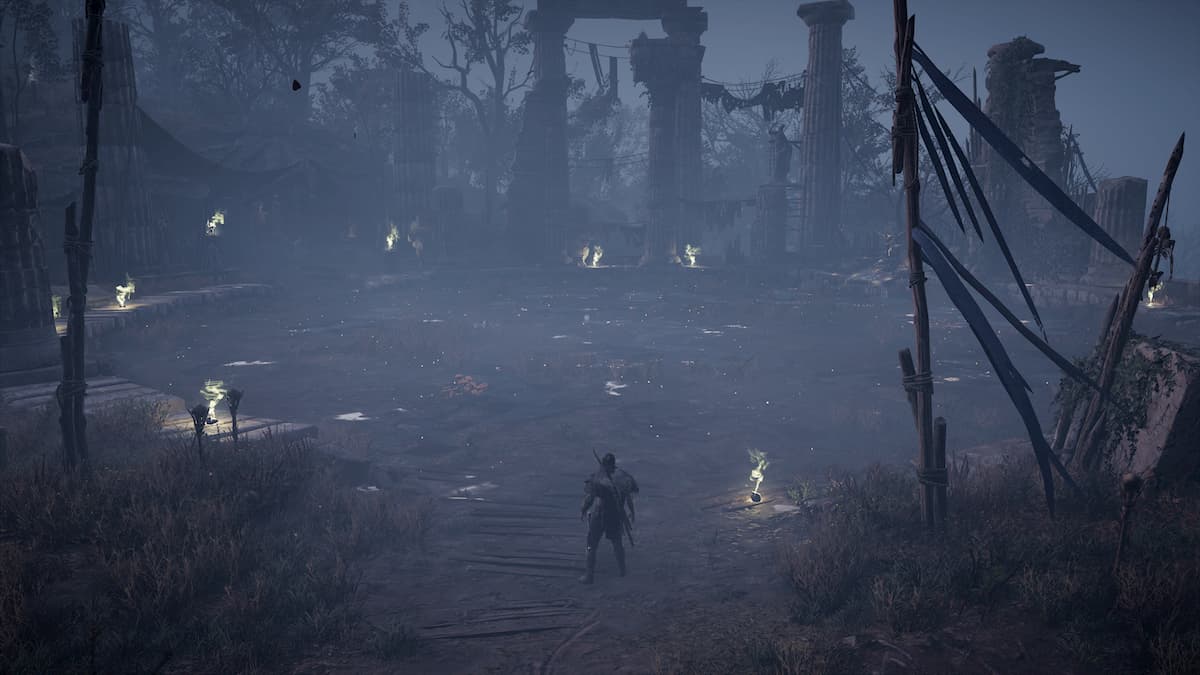 It’s a tough journey to obtain all of Thor’s armor pieces in Assassin’s Creed Valhalla. To obtain every piece of it, you’ll need to play through most of the game and complete the side quests, campaign, activities, and find many of the hidden items scattered throughout the world. The main reason will be that Cordelia, the last Daughter of Lerion, is an extremely powerful combantant.

Where to find Daughter of Lerion Cordelia

Cordelia is not in a hard to find location. You can summon her in East Anglia, an early to reach location with a suggested power of 55. She will be southwest of Britannia’s Watch, a synchronization point you can use to fast travel.

Like her sisters, you can summon Cordelia by approaching the hanging body at the center of her circle. While she is relatively easy to find, the main problem is how powerful she is. It’s recommended that you prepare to fight an enemy with at least a power level of 340.

How to defeat Cordelia

So long as you’re prepared to meet the power requirements to battle Cordelia, the encounter is the same as the other two sisters, Goneril and Regan. Cordelia’s main difference relies on the power of lightning and thunder, so it might feel a bit symbolic that she has one of Thor’s armor pieces on her.

A majority of the fight will be spent having you dodge her unblockable attacks and waiting for her to strike. When she does, you’ll want to parry her strikes to place her off balance and then hit with your attacks. You can probably get two or three hits in before she recovers, and you have to make some distance between you and her.

Cordelia has a teleport she uses every so often to come up behind you and perform an attack. If you have your lock-on to her, you shouldn’t lose track of her. You want to be mindful of watching when she unleashes her unblockable strikes and the ones you can parry to optimize the amount of damage you can do to her.

After you get her down to half of her health, she’ll enter her second phase. During the second phase, Cordelia summons lightning from above and sends it to multiple locations on the battlefield. You’ll be able to see where they’ll be hitting based on the light blue icons on the ground—Dodge these locations. You should keep moving once this occurs and wait until she’s finished before attacking her again. When she’s done, Cordelia teleports to your location, and you’ll have to parry the strike to avoid taking damage.

Other than the lightning strikes, this is the main change in the fight. After you defeat her, she’ll drop her dagger and Thor’s gauntlets. If you’ve taken down all of the Daughters of Lerion, you can go obtain Thor’s helmet and have four out of the five pieces.