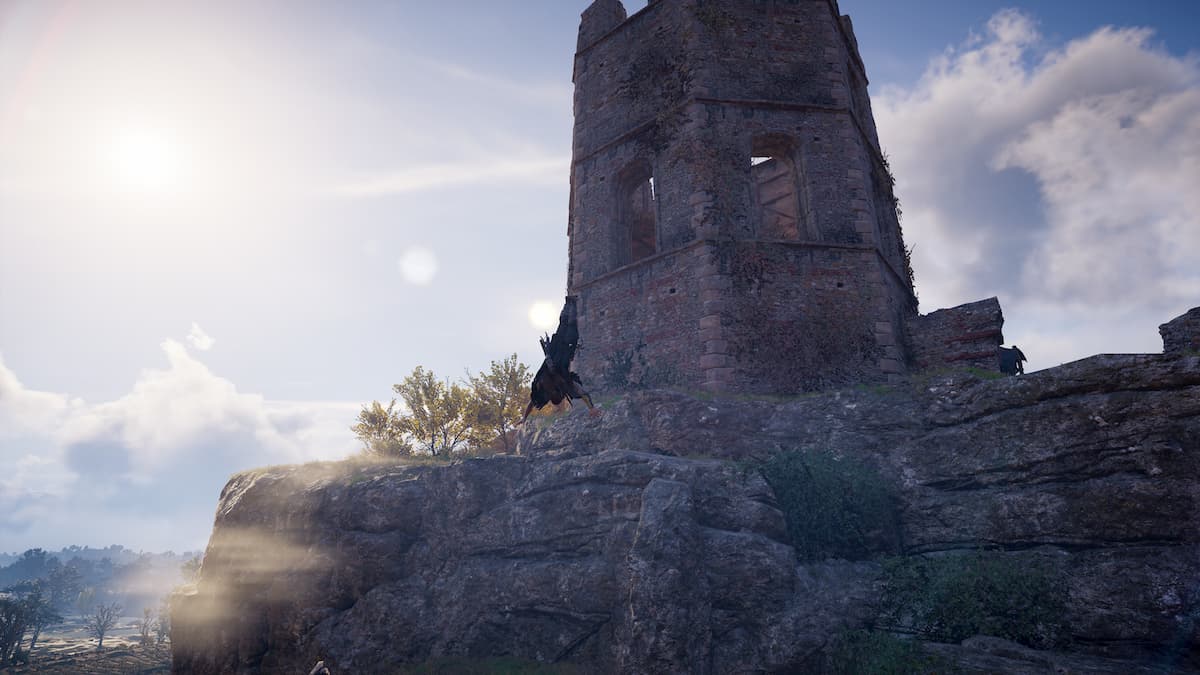 For those who prove themselves worthy, you’ll be able to wear Thor’s armor in Assassin’s Creed Valhalla. These armor pieces are not hidden behind puzzles or story quests. They are behind challenges where you must prove yourself worthy. To obtain Thor’s Breeches, his leg armor, in the game, you need to defeat Goneril, one of the three sisters of Lorian. You can find these sisters fairly early on in the game, but challenging them to combat is another matter. Goneril is the first and the one with the lowest amount of power.

Where to find Daughter of Lerion Goneril

Goneril’s location is in Spalda Fens. It’s a location in Grantebridgescire, north of the Isle of Ely Monastery. It’s right in the center of the island, in the middle of a swamp.

When you approach the swamp center, you’ll find a tied up body that you can interact with. Upon interacting with it, a gust of poison rushes out of the body, shrouding Eivor, causing a hallucination while they battle Goneril.

You want to be at least skill level 90 before taking on this challenge.

How to defeat Daughter of Lerion Goneril

When Goneril is summoned, she is ready for battle. Goneril is exceptionally agile and quick, typically relying on using a brief teleport to attack. She’ll dodge most of your attacks, and while you can avoid her strikes, she’ll normally avoid yours without fault. Your best strategy is to wait for her to teleport, strike, and then parry her attack. Once she’s parried, she’ll be vulnerable for a few seconds, leaving you free to do a handful of hits against her.

You can normally get in two good hits, and sometimes even a third, before Goneril recovers, and she’s back to teleporting. She uses her teleport combo throughout most of the battle, even in her second stage, so becoming accustomed to it is key. Every few strikes, she’ll jump into the air and attempt to hit you both her swords, and this one is unblockable. Your best bet is to avoid it and try to land a strike against her when she lands.

Also, Goneril summons a translucent form of herself to attack you. You cannot dodge this attack. You’re better off dodging it and waiting for Goneril’s true form to attack you. She’ll do this throughout each phase of the battle.

During her second phase, she’ll fight at a distance and use her magic to strike certain locations in the area. Those locations are designated by distinctly green glowing bits on the map, and if you’re in them, they’ll deal severe damage against you. You’re better off retreating from these positions and waiting for Goneril to teleport and strike again.

There is a weak spot on Goneril’s back you can attempt to hit to deal a stun attack against her, but it’s fairly difficult to land properly. It’s not a bad idea to try and hit it if you can.