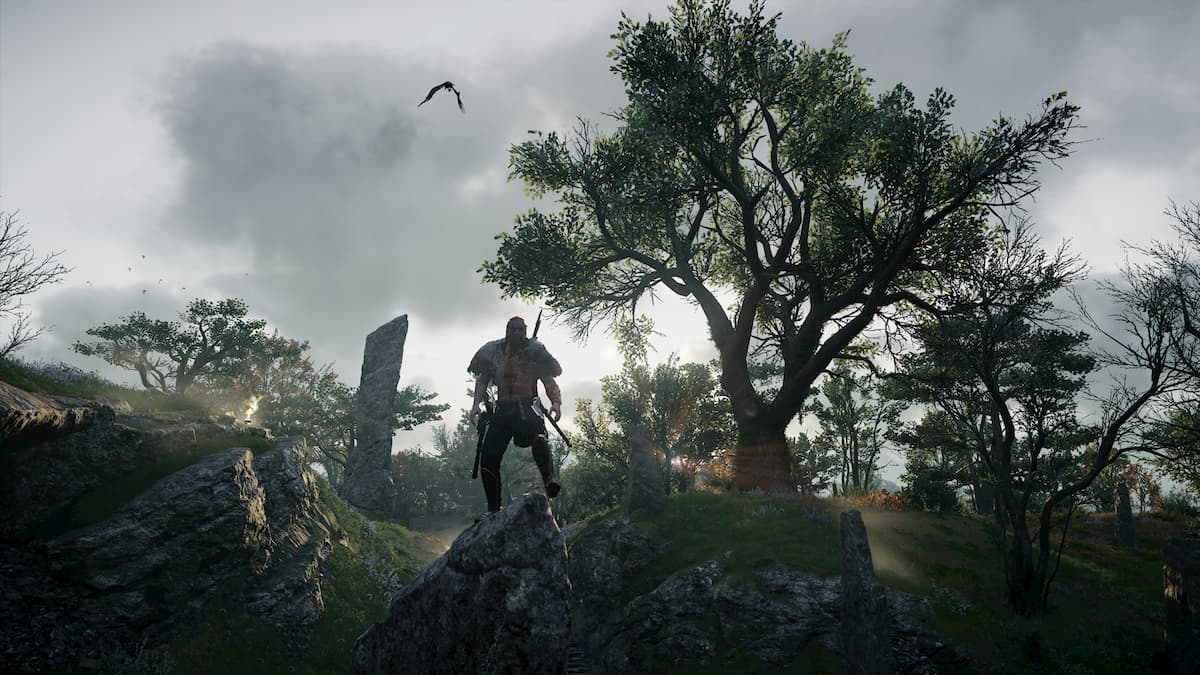 Assassin’s Creed Valhalla gives players the chance to go through the game as raiding Viking, exploring England at a time of great war. As a Viking, our main character Eivor believes in Thor, the god of thunder, and if you prove yourself worthy of such a challenge, you can have Eivor wearing Thor’s iconic gear. You can obtain three pieces by defeating the Daughters of Lerion, and one of them, Regan, holds Thor’s Battle Plate.

Where to find Daughter of Lerion Regan

You can find Regan fairly early on in the game. She is in East Anglia, to the northeast of the region. You can summon her at this location, at the top of the circle where she has a dead body hanging.

Her exact location is to the north of the Ruined Tower in East Anglia. There’s a fast travel point at this tower you can use to quickly run over here and then proceed north to face her. To activate her, approach the dead body and interact with it.

How to defeat Daughter of Lerion Regan

Battling Regan is similar to her other sisters, Goneril and Cordelia. However, unlike the other two, Regan’s battleground is red and fiery, full of hatred and suffering. Much like the other sisters, she’ll send a transparent form of herself to attack you, and you won’t be able to parry it. You’re better off dodging and waiting for her true form to get close.

Regan will also consistently parry your attacks. If you see her in a defensive posture, you want to strike, wait for her to follow up, and then dodge away. Sometimes you’ll take the full force of this strike, but if you have enough defenses built up, it shouldn’t be too bad. Mostly, you want to wait for her to strike you or for her to send her transparent form after you. She typically follows up after it misses you.

Like her other sisters, waiting for Regan to strike you so you can parry her attack is the best strategy. However, she sometimes sends her transparent form after her strike to hit you, so you’ll be hit by this if you parry. You may want to wait for her to strike, dodge the transparent form, and then hit her.

Once you reach the second part of the fight, Regan becomes enraged and will attempt to leap at you to grab you. If this attack hits you, she’ll do a large amount of damage to you, so avoiding it is your best bet.

Some of Regan’s attacks now have fire damage. Being hit by these will do even more damage to you. However, she follows roughly the same pattern she’s held for the majority of the battle.

After you’ve defeater Regan, she’ll drop Thor’s Battle Plate, his chest piece, and a dagger. You need all three daggers from the Daughters of Lerion to take back to his crypt and obtain Thor’s helmet.