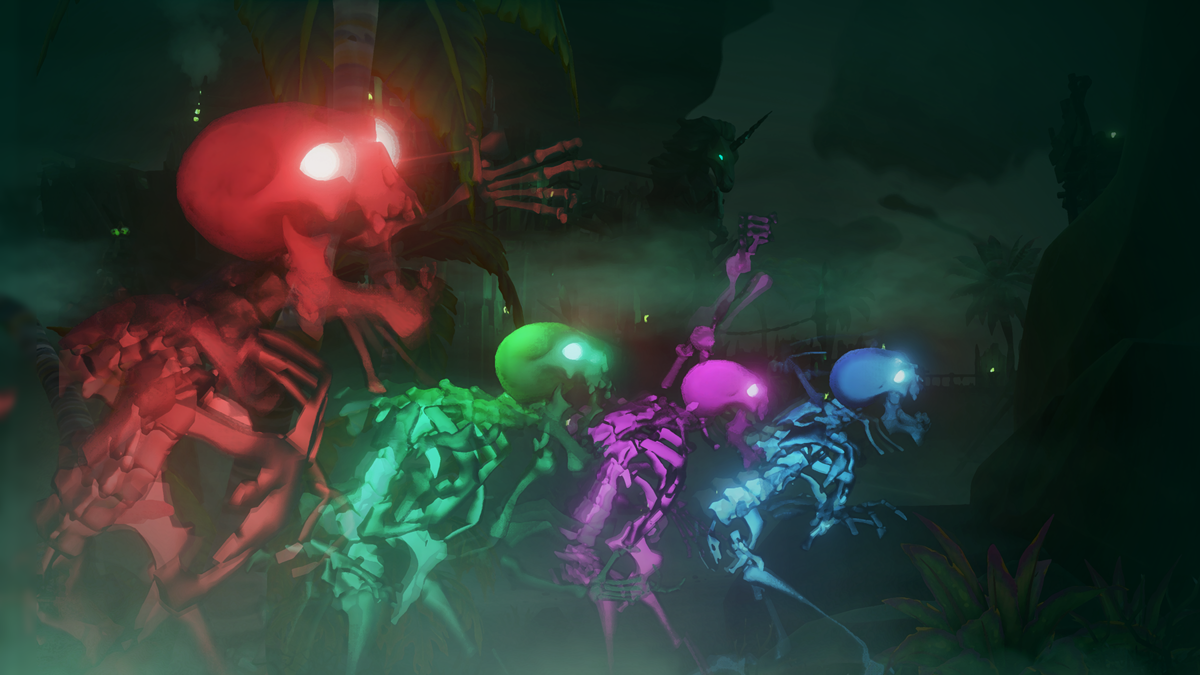 In week two of the Fate of the Damned update for Sea of Thieves, pirates are given a new slew of challenges. This time around you will have to press on the attack against the Shadows that arrived on the Sea’s islands. Here is the easiest way to defeat 10 white and blue Shadows.

Destroy them through Bilge Rat Voyages

This is the simplest way to complete this challenge. Larinna will give pirates the new version of the Bilge Rat voyage which will feature the new flames of fate colors, white and blue. While completing the earlier stages of the voyage may not be enough to provide 10 Shadows, you can farm them at the Graymarrow boss battle. The Ghost of Graymarrow has an ability where he scatters seeds to summon Shadows to his aid. Stalling the fight and allowing him to summon more Shadows will allow you to defeat as many as you need.

In normal instances you would have to die in specific ways to earn different Flames of Fate. When it comes to this Fate of the Damned voyage, the Ghost of Graymarrow boss battle will have two beacons containing both Flames of Fate that you will need, cutting out the tedious act of dying.

Of course you will have to use the corresponding flame to illuminate the Shadows. Take the flame from the beacons and shine them onto the Shadows with corresponding colors: white against white Shadows, blue against blue. Be quick as the Shadows will not be vulnerable forever, and of course, watch out for Graymarrow.