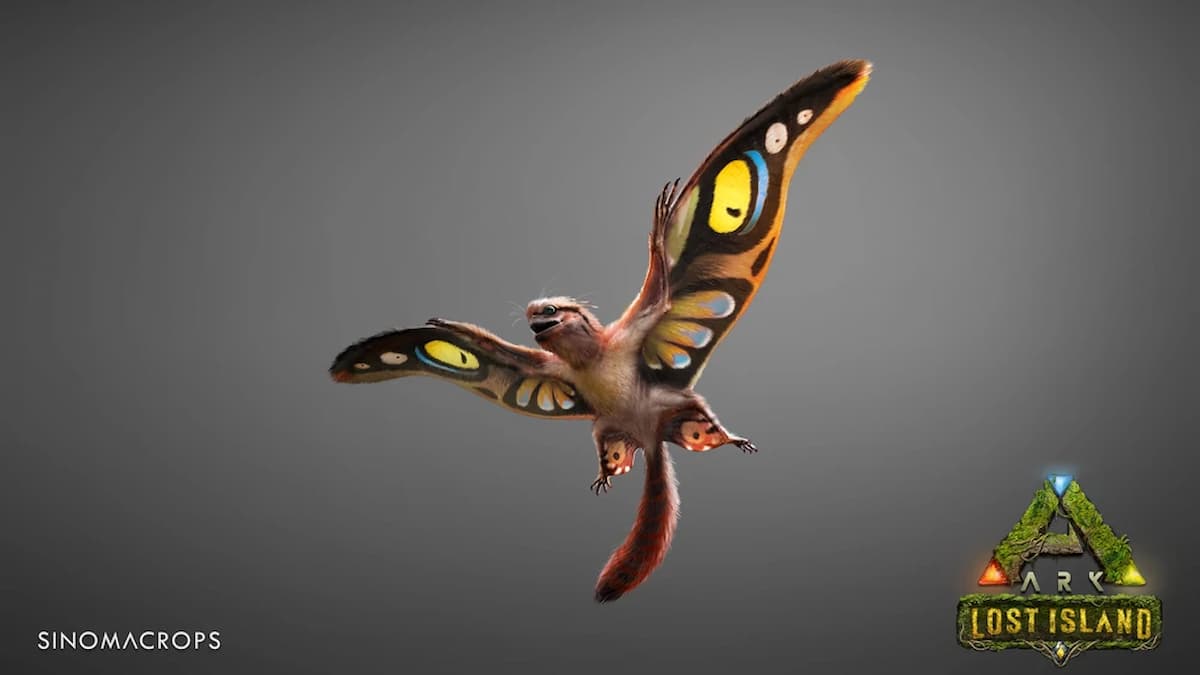 Sinomacrops is a new shoulder pet that was released with the latest Ark: Lost Island map and has a range of abilities that are very useful to the pre-TEK Survivor in Ark. A passive tame, Sinomacrops not only allow Survivors to glide, but they fly upwards similar to the way a TEK chest piece does. It also has the ability to scare off a variety of smaller dinos such as the ever-annoying Pegomastax and Ichthyornis.

What you’ll need to tame the Sinomacrops

Where to find the Sinomacrops

Sinomacrops are not difficult to find and there is a large amount of them across the jungle biome. They are easily distinguishable from Dimorphodons due to their fast flying speed rather and brighter colors. They are not necessarily pack animals, but it is possible to find them together in mating pairs.

How to tame the Sinomacrops

Sinomacrops are non-aggressive dinos, insofar as you do not wear any sort of Chitin-based armor on your body. They are curious by nature, and if you stop near them, they will give off small hearts to show their interest in you, after a few seconds they will land near your Survivor and you’ll be given the prompt to press “E” and feed them.

Once fed, they’ll take off and fly away, which can be problematic to track in the densely forested areas of the jungle. To overcome this, be sure to use the tame tracker available in your Survivor menu to follow these fast flyers as they move around. When they’re ready to eat, they’ll give off hearts and land near you once more, don’t get too close before they’re ready or they’ll spook and fly off. Feed and repeat this pattern until they’re fully tamed.